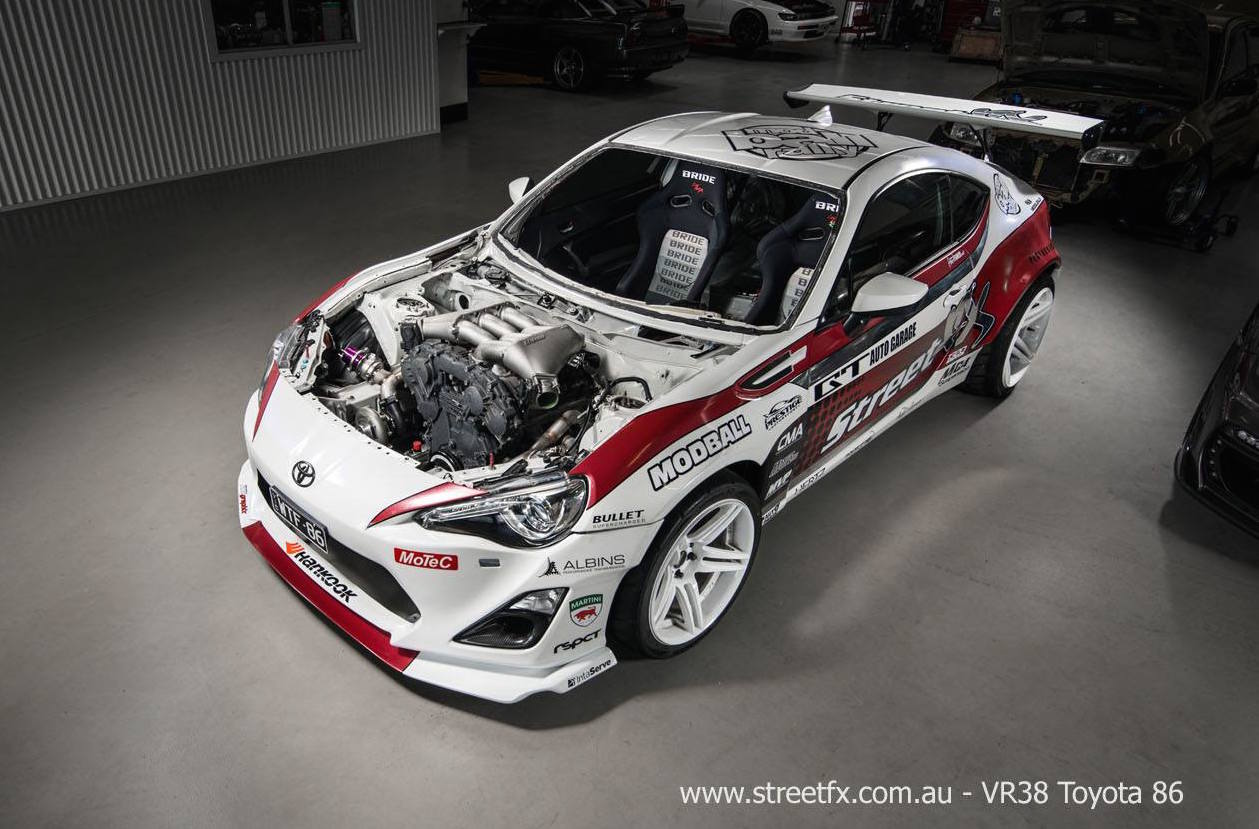 In yet another world-first Toyota 86 engine conversion, StreetFX has dropped the VR38DETT from the demonic Nissan GT-R into the space formerly occupied by a 2.0-litre atmo’ boxer four. 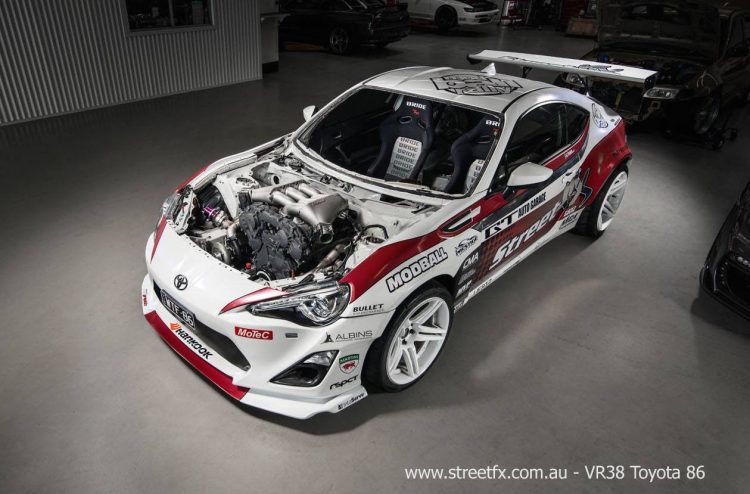 Previously, we showed the world’s fastest 86 with a 2JZ netting a nine-second quarter mile, then a build project of a Ferrari F136 V8-powered hachi-roku, and most recently, an 86 with the entire powertrain of an R34 Nissan Skyline GT-R, complete with RB26DETT and HICAS AWD system.

The ‘WTF-86’ – as it’s known – has a Rocket Bunny bodykit and special rims, but the real action is in the driveline.

Because it no longer has to accommodate a front diff, the GT-R engine gets a dry-sump lubrication system which brings down the centre of gravity by slicing 150cm from the deck-height of the mill. This was seen to by Daily Engineering.

The engine has been bored out to 4.1 litres thanks to a HKS stroker kit, and a GT1000 HKS Symmetrical Turbine kit stuffs more air into those plasma-coated cylinders. The cog-swapper is a sequential unit, with a pneumatic paddle-shift system. 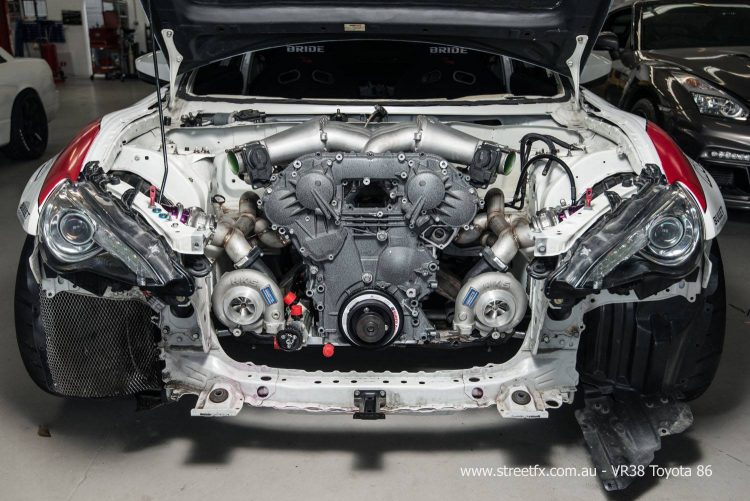 With all these ingredients this would prove to be a very unique driving experience, unencumbered by the weight of the R35 body or the FA20’s comparative power deficit.

Check out the video below for a quick tour of this Aussie-built masterpiece.