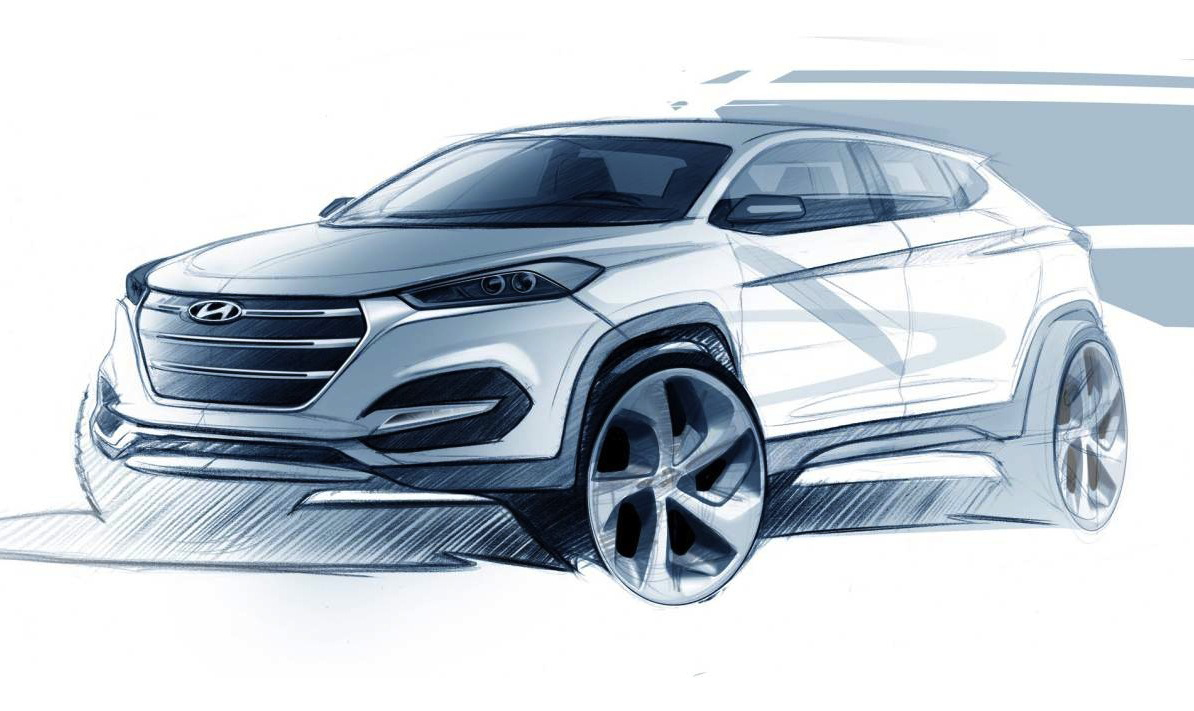 Hyundai has revealed design hints regarding the styling of the all-new Tuscon, which is set to be unveiled at the upcoming Geneva Motor Show on March 3. 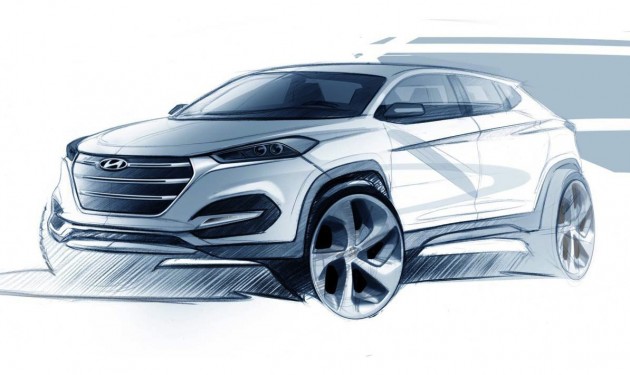 Hyundai says the all-new Tuscon features a sporty SUV appearance that is enhanced by the upright silhouette and sleek character line. As you can see at the front, the signature grille and headlights create a look that is not all too dissimilar to the current generation Santa Fe and even the Genesis sedan.

“Our new compact SUV will be a big step forward for the Hyundai brand globally. The all-new Tucson has a bold and athletic presence and a proud stance. Its design is characterised by flowing surfaces, bold proportions, sharp lines and – most important – our brand signature hexagonal grille.”

The Tuscon will eventually replace the ix35 in the small SUV segment in Australia, and will become part of Hyundai’s plan to have a more consistent naming structure all around the world. Up until now the current ix35 has been sold elsewhere under the Tuscon nameplate. It will compete against vehicles such as the Nissan Juke, Honda HR-V, and Ford EcoSport.

Hyundai hasn’t released any information regarding engine or transmission specifications just yet, though perhaps there’s a possibility it could feature Hyundai’s seven-speed dual-clutch transmission and/or new 88kW/172Nm T-GDI 1.0-litre turbo three-cylinder engine to keep fuel usage to a minimum.

In terms of small SUV sales, Hyundai sold a total of 1636 ix35s in January, giving it a leading market share of 25.1 per cent for the start of 2015. The next closest model was the Mitsubishi ASX, selling 869 units for a market share of 13.3 per cent.

Stay tuned during the Geneva Motor Show for the full unveiling of the Tuscon, and many other new makes and models. It all starts on March 3. You can check out the video below for more of a preview.