Renowned Holden tuner Walkinshaw Performance has revealed the new Walkinshaw Holden Cruze hot hatch. It gets plenty of mechanical enhancements and increased engine power, as well as a number of styling tweaks inside and out. 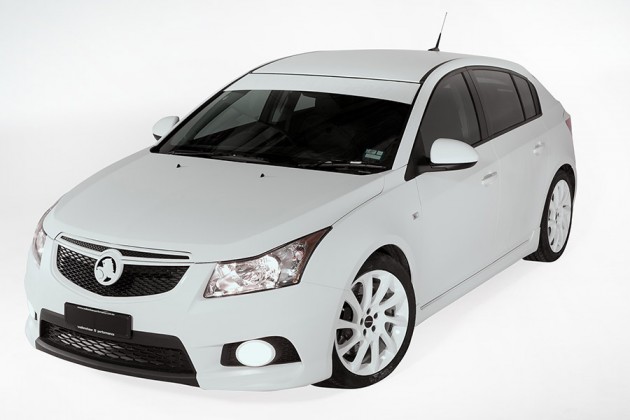 Holden doesn’t currently offer a proper hot hatch. It has the Cruze SRi-V, but it’s not really something that can be considered as a performance hatch that will blow your socks off. Not with its pokey a 1.4-litre turbo with 103kW anyway.

What Walkinshaw has done is taken that engine and bolted on a larger turbocharger and a new manifold, and freed up the exhaust flow with a stainless steel system. This results in a much more serious 180kW of power and 310Nm of torque. 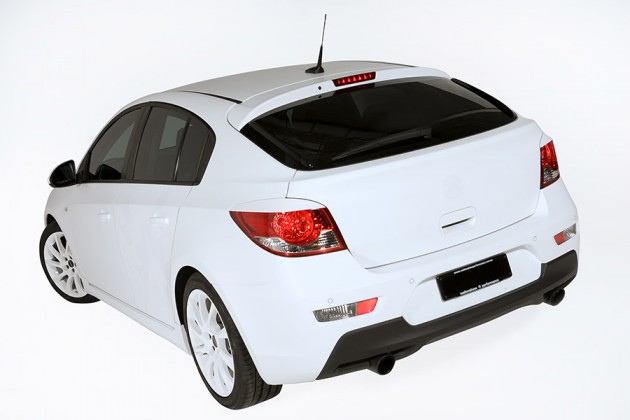 Other fundamentals are upgraded to ensure the Cruze can handle the extra grunt as well. There’s a bigger brake setup with 343mm rotors clamped by four-piston calipers at the front, and a complete sports suspension package consisting of Irmscher springs and Bilstein shocks.

Acceleration figures are yet to be finalised, however, in a recent CarAdvice report Walkinshaw general manager Tony Harris said that 0-100km/h is expected to come up in 6.6 seconds, while a quarter mile should be covered in under 15 seconds. 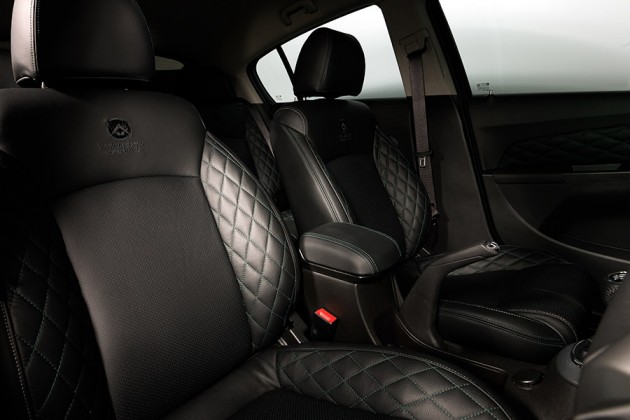 Inside, the cabin is treated with bucket seats with quilted leather bolsters, and various unique trimmings, such as on the handbrake and gear shifter.