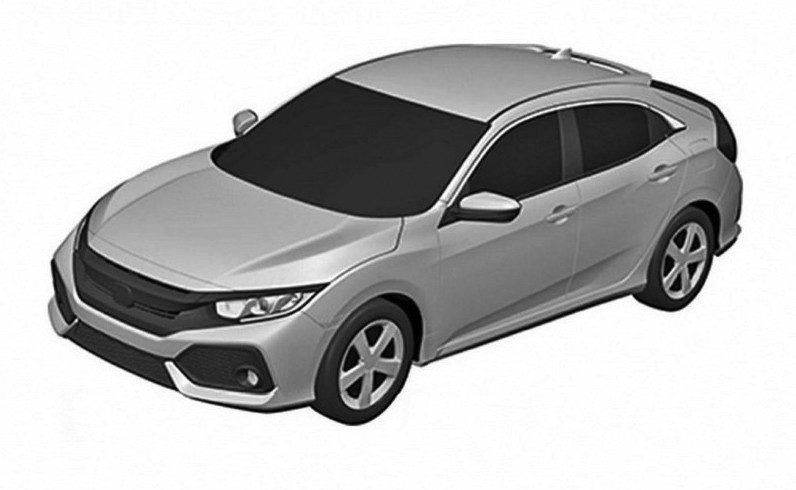 Some patent images have been found which seem to depict the 2017 Honda Civic hatch in production form, inspired by the concept which was unveiled earlier this year. 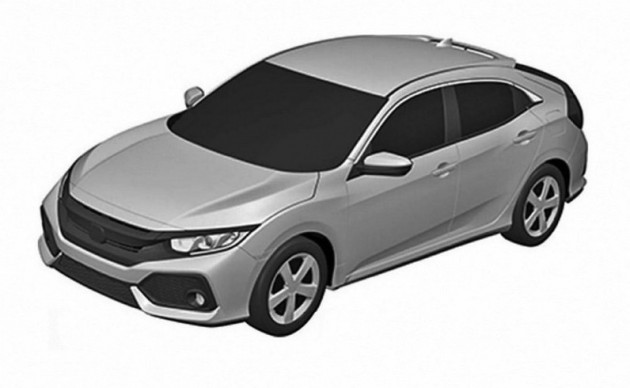 It looks like it will be a pretty exciting model for Honda, as its current showroom range is, let’s face it, pretty bland. Aside from the NSX and Civic Type R, Honda needs more exciting vehicles. And the next Civic hatch is set to be just that.

As previously reported, the new hatch will debut Honda’s latest turbocharged VTEC engine family. Specific outputs haven’t been announced yet for specific market regions, but in other models a new 1.5 turbo produces an impressive 130kW.

In terms of the design, it looks like the production version will take a lot of inspiration from that sporty Civic hatch concept we saw at the Geneva Motor Show earlier this month. 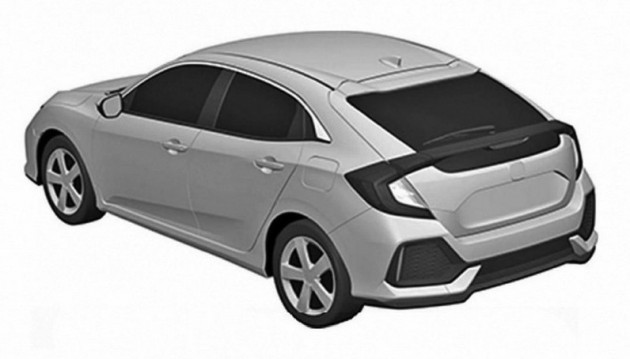 These patent images show a low-slung front end with angular headlights and plenty of attitude, neatly defined body lines down the sides, and a conventional and practical yet sporty hatch layout at the back. The corner clusters in the front end are also simulated at the back.

Market entry for the new hatch will take place later this year. As for Australia, the all-new sedan arrives mid-2016, followed by this hatch and then the Type R. Exact dates for hatch and Type R are yet to be finalised. 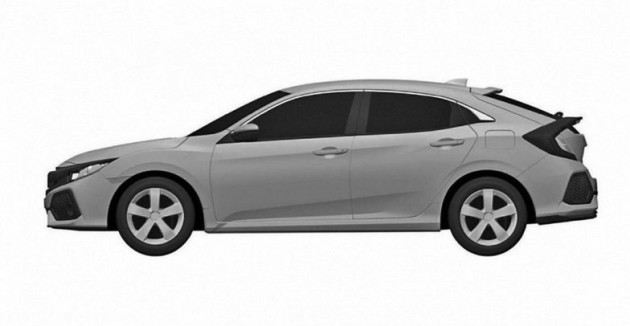