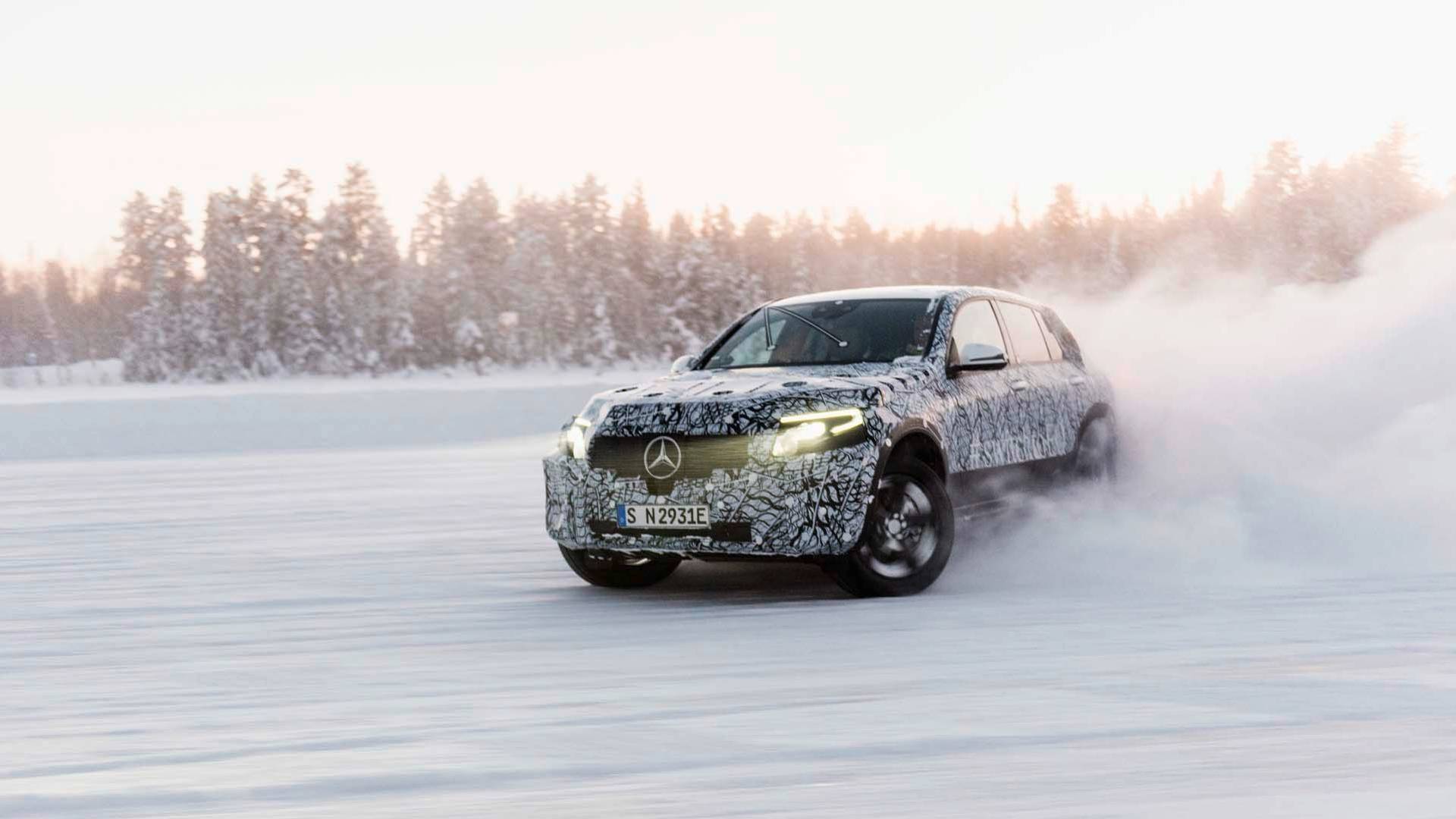 Mercedes-Benz has released some teaser images of a prototype version of its upcoming EQC electric crossover, as it undergoes testing in snowy Sweden. 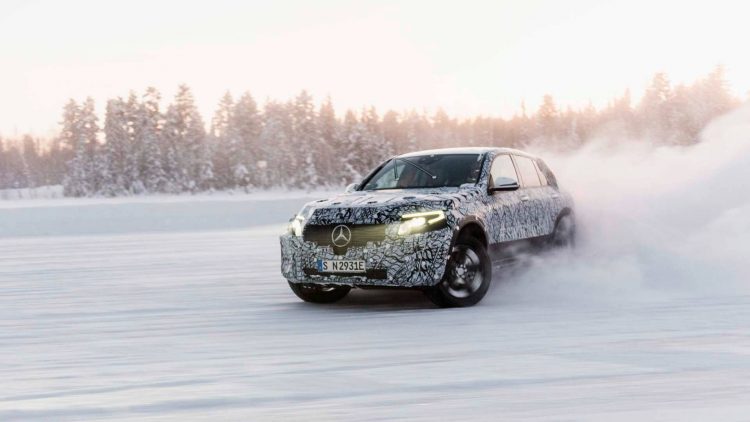 This is the fully-electric production version of the Generation EQ concept, which debuted at the 2016 Paris Motor Show, which is dimensionally similar to the existing GLC midsize SUV. The production car bows in 2019 and will boast a range of up to 500km.

In these action shots, the prototype is drifting around the snow with grace, suggesting it will be engineered with typical Mercedes rear-drive handling characteristics. The second shot shows it being hurried around a banked corner with an overcast sky.

Mercedes-Benz released the pictures to coincide with the news that the winter testing contingent portion of testing is now complete, with testing in Southern Europe and the United States still underway as part of Merc’s 500 individual testing regime for its cars. Michael Kelz, chief engineer of EQC, is enamoured with the vehicle’s driving characteristics:

“On the one hand, it’s dynamic and powerful; on the other hand, it’s a quiet glider. It’s a new and at first unusual combination, even for us developers. The pre-production EQC offers a very safe driving feel and is also so much fun that it leaves a permanent smile on its driver’s face.“

In addition, the GLC F-Cell has been showcased as the hydrogen fuel-cell version of the popular GLC midsizer. Unlike the standalone EQC, the GLC F-Cell shares its body and appearance with the existing crossover.

With BMW also slated to bring out an electric version of the all-new X3, exciting times lay ahead for the premium medium SUV market.