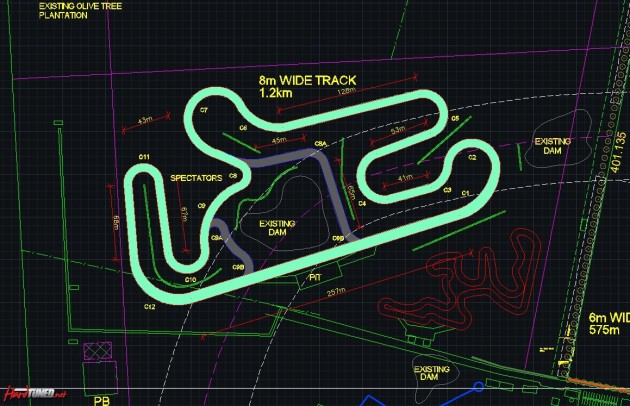 Located in the farmland areas in western Sydney, near Liverpool and near the old Oran Park circuit, the complex is set to feature an eight-metre wide track with a total length of 1.25km. Down the main straight is planned to be 10 metres wide.

As you can see by the proposed layout in images taken from the official Facebook page, the 12-corner track is set to feature a number of hairpins and consistent tight turns. These will be strung along fairly hilly terrain.

The complex is also being designed with a go-kart circuit on the same property, as well as a paintball area for skirmish.

As far as we know, the privately-owned complex is being pitched as a possible new location for track days and driver training programs. It may even incorporate drifting events like Oran Park did back in its day.

The track is being welcomed with open arms by car enthusiasts, obviously, as the spirit of motorsport and driving has deteriorated in Sydney somewhat since the deletion of Oran Park.