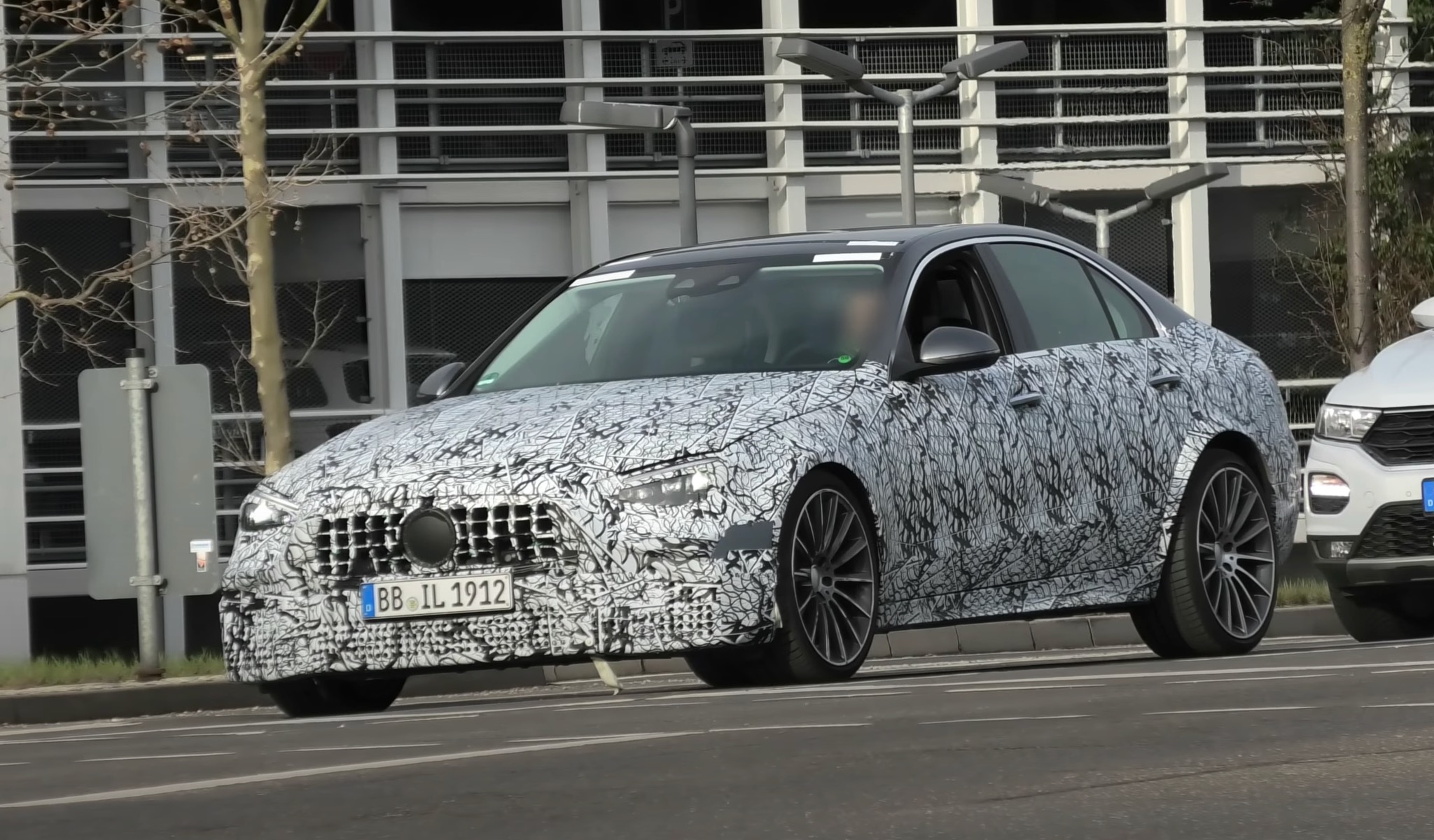 Following confirmation from Mercedes-AMG that the next-gen, W206 C 63 will feature a 2.0-litre turbo hybrid powertrain, spy photographers seemed to have caught a prototype of the new model testing in Germany. 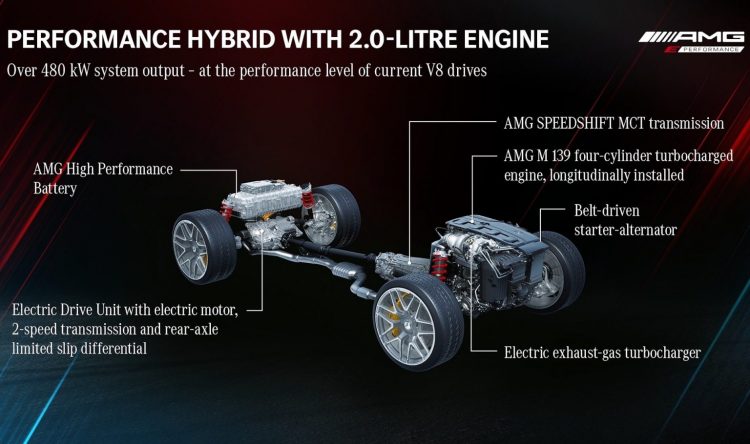 Earlier this month Mercedes-AMG outlined a new hybrid powertrain, incorporating its ‘M139’ 2.0L turbo (currently found in the A 45 S) and an electric motor assist system. The company said the 2.0T engine is being tuned to “more than 330kW”, while an overall system output of “over 480kW” has been confirmed.

Here we see what appears to be a very serious prototype of the new C-Class out on the streets in Germany. Telltale signs that this is not an ordinary variant include the obvious wheel arch flares at the back, and the pumped front guards to accommodate wider wheels and tyres. 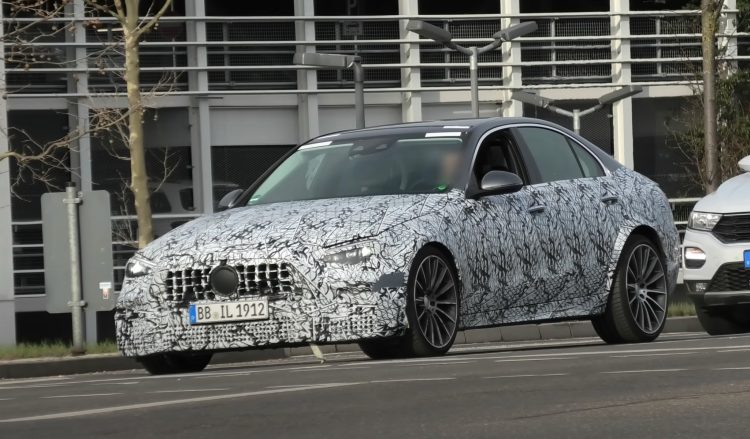 It’s also evident this prototype does wear staggered tyre widths front and rear, with rims that look slightly deeper dished on the back. As the car passes the camera, it appears as though the bonnet does include a neat bulge to signify the performance hiding within, and down below it appears the prototype uses large front brake calipers.

What is still a bit of an unknown at this stage is the naming. We’ve heard reports there could be a new C 53 AMG model to replace the current C 43, but we’ve also heard more recently that AMG might drop the intermediate variant altogether for the W206 family. In that case, the new C 63 top model could adopt an all-new name.

Unfortunately, we don’t get a good sample of the exhaust sound. Despite being a hybrid we’re anticipating a proper performance car soundtrack from the new model. AMG has always had a solid reputation in the noise department. We’re sure we’ll see some prototypes on the Nurburgring soon as the testing season begins.