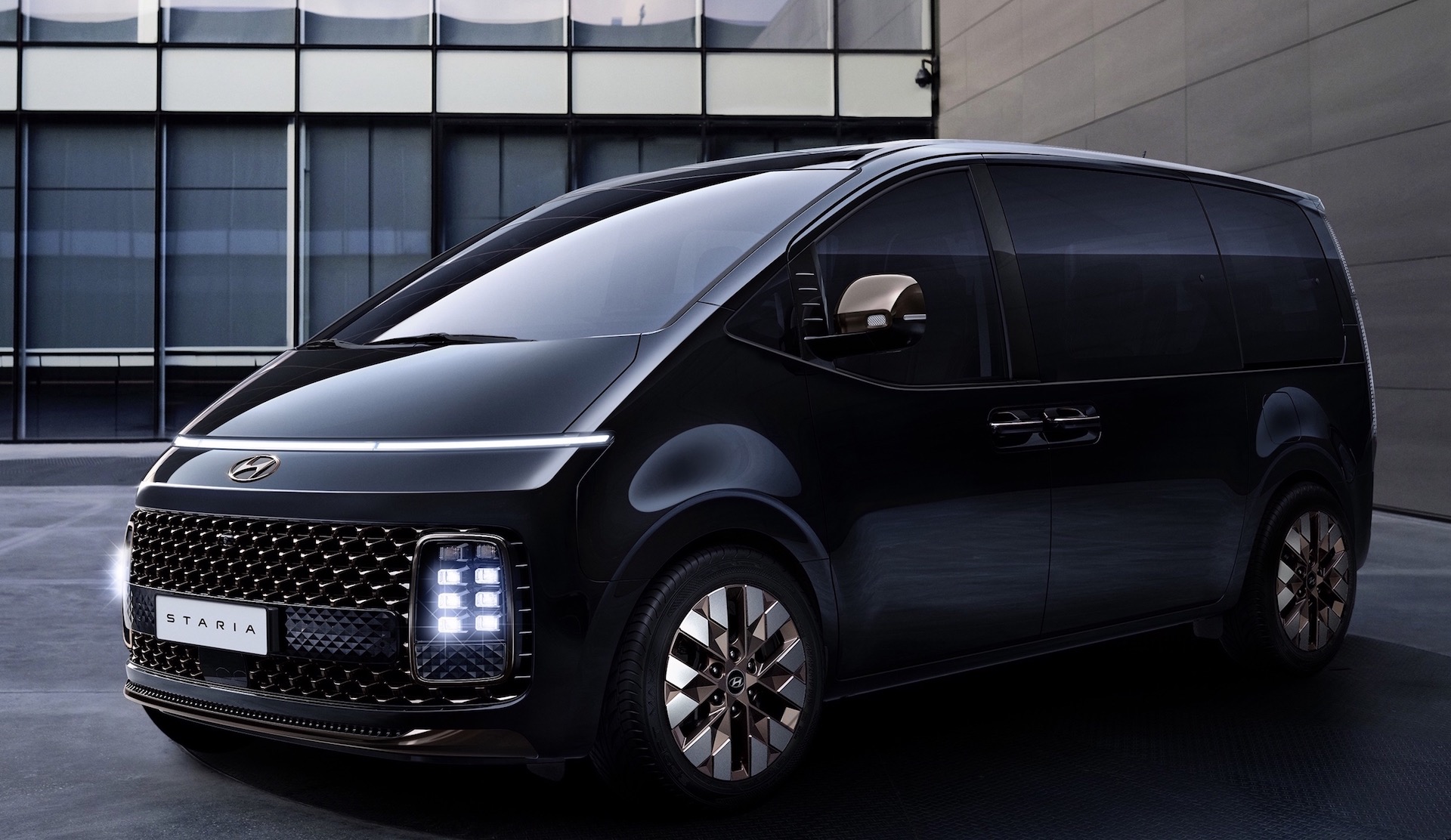 Check out this futuristic MPV. It’s called the Hyundai Staria, and it is essentially the 2022 Hyundai iMax for Australia. Not only does it showcase an intriguing design inside and out, it also adopts a more modern front-wheel drive platform as previously reported. 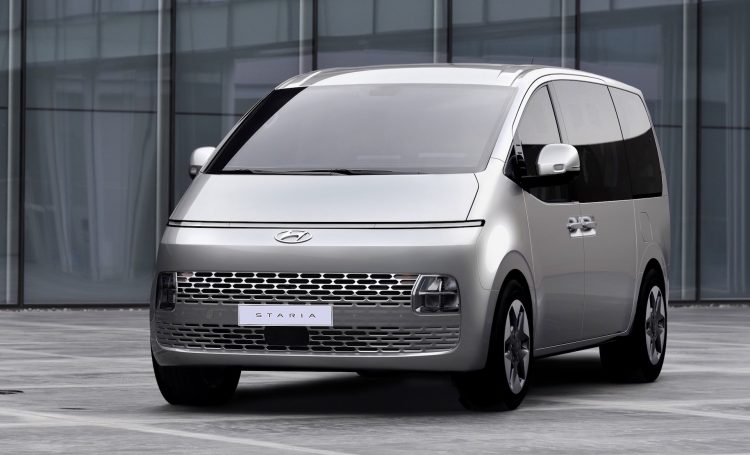 The iMax is currently based on a rear-view drive platform, shared with the iLoad commercial vehicle. However, for the new model Hyundai is switching to a front-wheel drive layout, similar to what’s seen on the latest Kia Carnival. As such, it is expected to be available with a 2.2-litre turbo-diesel or 3.5-litre V6 petrol (as suggested by the badge, below) like the Kia.

Specifications will be confirmed during the full unveiling, planned for the first half of this year, with more details to be “revealed soon”. But today we’re given a detailed look at the futuristic exterior and beautiful interior. Hyundai describes the design as taking on an “inside out” approach, whereby it starts with the interior and then expands to form the exterior. 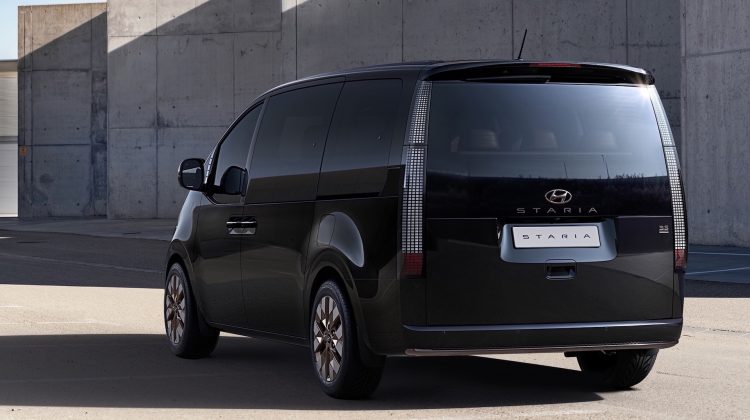 At the front is a full-width daytime running light, which is unusual for today’s trends. Although, a full-width taillight is definitely fashionable these days so maybe Hyundai is jumping ahead of the game here. There’s also a full-width grille section in the middle, a bit like the latest Santa Fe, along with smooth and rounded panel edges and vertical-stacked taillights.

The interior is a huge leap forward compared with the current iMax, which has been around in essentially the same form since 2011. The dash features a 10.25-inch touch-screen, with integrated touch controls for the climate system merged below. There’s also a simple yet classy digital wide-screen for the instrument display sitting atop the dash above the steering wheel. 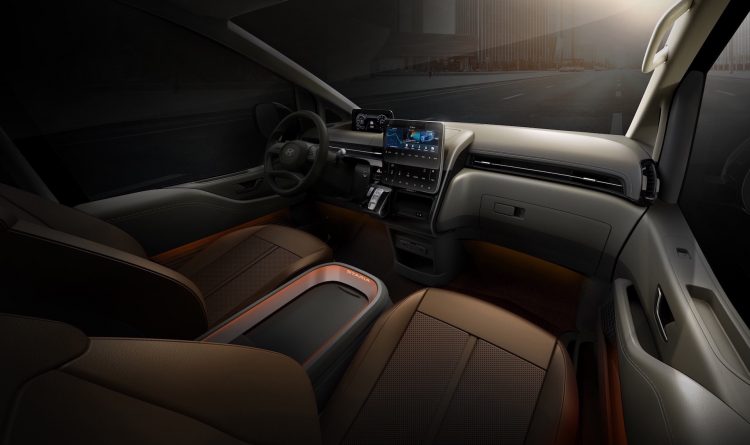 Hyundai says the Staria will be available in 7-seat layout in the top trim level, providing a premium cabin experience for passengers with separate chairs for the middle row. A 9-seater will also be available with second row seats that are able to swivel around 180 degrees, while an 11-seat version will be available in Korea only.

Interestingly, the press release says the Staria will be built in “2-seater to 11-seater” form, which basically means the next iLoad will be based on the Staria and potentially renamed Staria. Hyundai is yet to provide any official details on the next iLoad, but we suspect it will come soon after this MPV passenger vehicle model. It could come in as the first V6 iLoad, and first V6 iMax for that matter. The current iLoad has also been around since 2011.

Hyundai Australia has confirmed with PerformanceDrive that the Staria will go on sale locally in the second half of this year. Stay tuned for more details.