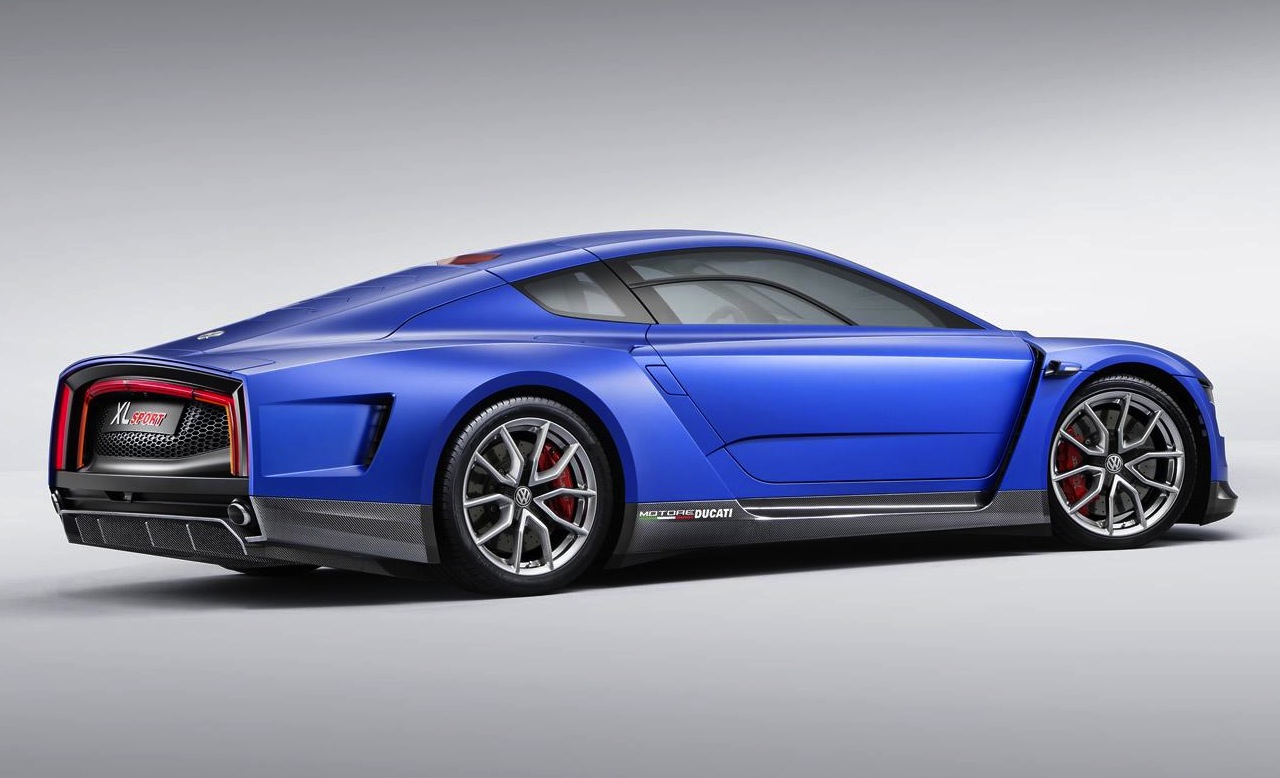 Volkswagen has unveiled a sporty version of the XL1 concept at the 2014 Paris Motor Show, called the XL Sport. It’s powered by a Ducati 1199 motorcycle engine and is labelled as the world’s fastest two-cylinder car. 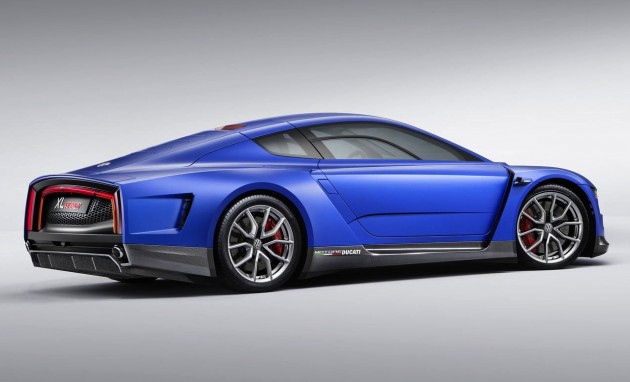 The XL Sport has been designed to show the possibilities of a sporty yet ultra fuel-efficient concept. It’s based on the XL1 concept, showcasing superior aerodynamics, lightweight materials, and an advanced new chassis set up like a motorsport application.

Thanks to Volkswagen Group’s recent acquisition of Ducati, power comes from a Superleggera V2 motorcycle engine that produces 147kW and 134Nm. It’s capable of revving all the way out to 11,000rpm. The little engine is regarded as the world’s most powerful two-cylinder. From the engine, power is distributed to the rear wheels via a seven-speed dual-clutch DSG automatic transmission.

Out on the tarmac the Ducati unit propels the XL Sport from 0-100km/h in 5.7 seconds and on to a top speed of 270km/h. No other sports car is able to reach such a speed with only 147kW, according to Volkswagen. Part of this high speed capability is the extremely aerodynamic body, which features a drag coefficient of just 0.258.

Most of the body is made from carbon-reinforced polymer with a lightweight chassis underneath. It’s a steel space frame chassis using double wishbone front suspension and double wishbone at the back. This sort of layout is usually seen in motorsport such as with F1 cars, providing optimum handling.

It certainly looks good, despite its strict aero focus and sheer lightness. Even the 18-inch wheels are made as light as possible, using forged magnesium. Overall, the kerb weight is a seriously low 890kg. 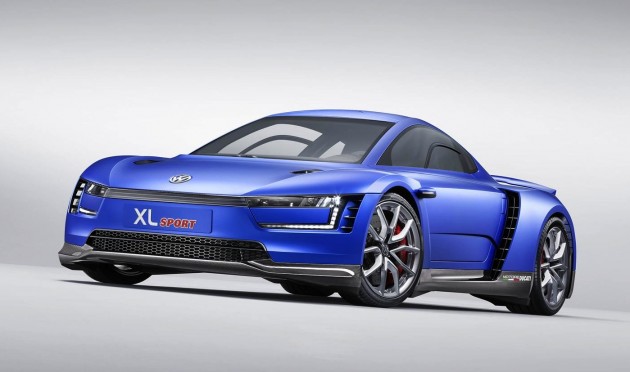 While the original Volkswagen X1L1 did make it to production in limited numbers (250 units), it’s unknown if the XL Sport will hit the showrooms any time soon. Still, it gives us some great insight into what Volkswagen is capable of in the future.