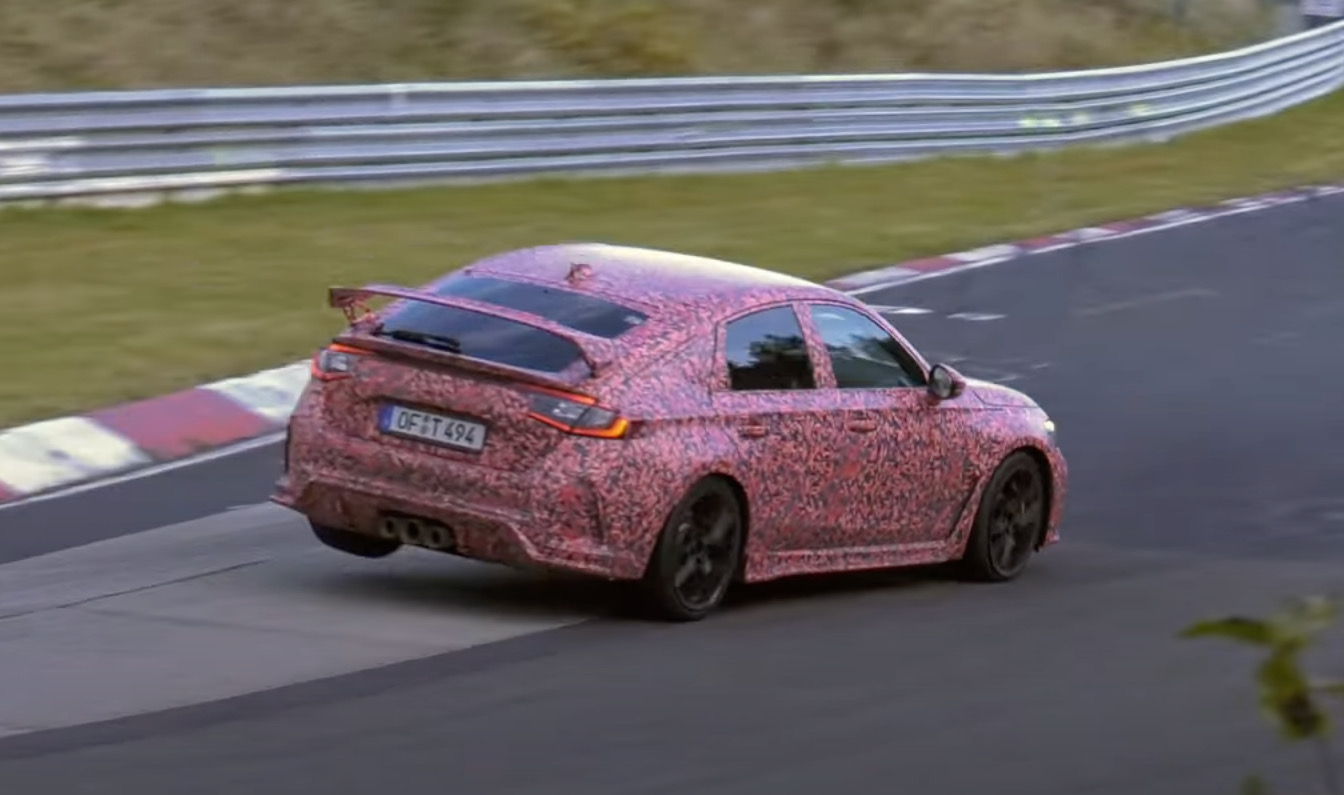 Honda’s highly-anticipated 11th generation Honda Civic Type R has been spotted on the Nurburgring, ahead of its 2022 market debut. And by the looks of it, Honda engineers are taking testing very seriously, pushing prototypes to the limits. 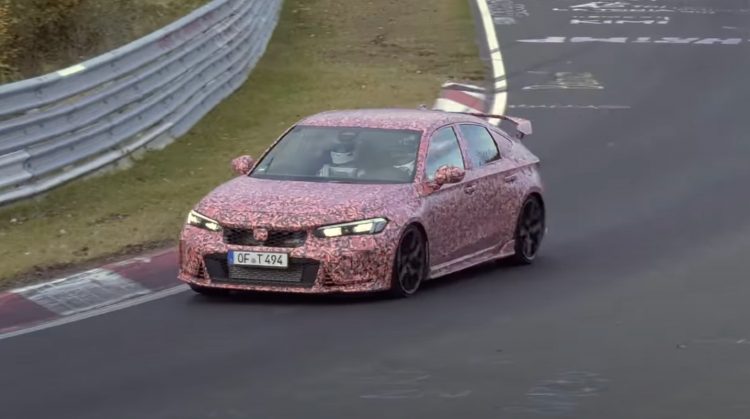 This, we feel, is an important one for Honda as its current range shows barely any resemblance to its legendary pedigree in sports cars and motorsport – remember the 1980s and ’90s, with the Prelude, CR-X, Integra, NSX. It’s like the Type R is the only youthful and spirited model in the family.

And, first impressions, the new model seems to have the right ingredients. As we’ve seen in official prototype images, the new model is going feature a pretty serious aero kit, with big wings and all of that. However, in the spy video below, provided by CarSpyMedia, we get a good sense of just how fat the wheel arches are. The vertical vents behind the front wheels also help highlight the stance, with similar ones at the back.

Another important element to note (we feel) is the exhaust… note. It actually produces a sound this time, unlike the outgoing model that sounded like a vacuum cleaner. The prototype shows the trademark triplet of exhaust tips, but this time the centre pipe is the fattest, with two smaller pipes on the outside – as opposed to the two large outer pipes on the outgoing model.

It sounds like the driver is rowing through a manual transmission, which probably means it’ll be the only option again. The 2.0-litre turbo VTEC four-cylinder from before is also expected to carry over, albeit with some tweaks and tuning so it’s more eco-friendly and potentially more powerful. The outgoing outputs are 228kW and 400Nm. 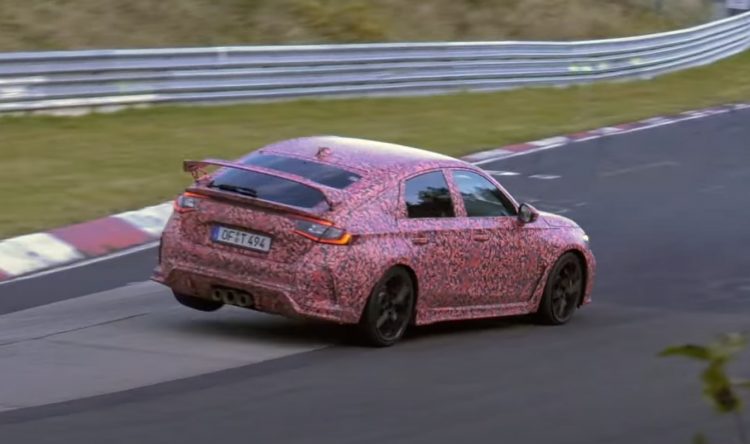 The test driver seems to be pushing it very hard, which suggests to us Honda is at the pointy end of development. The fact the passengers are wearing helmets also reiterates this. It appears to grip well around the corners, and seems to be able to carry heaps of speed right through the exits.

A full debut is set to take place before the end of the year, with market entry in Australia likely taking place in the second half of 2022 – as highlighted in our recent ‘top 10 sports cars coming to Australia in 2022‘ feature story.