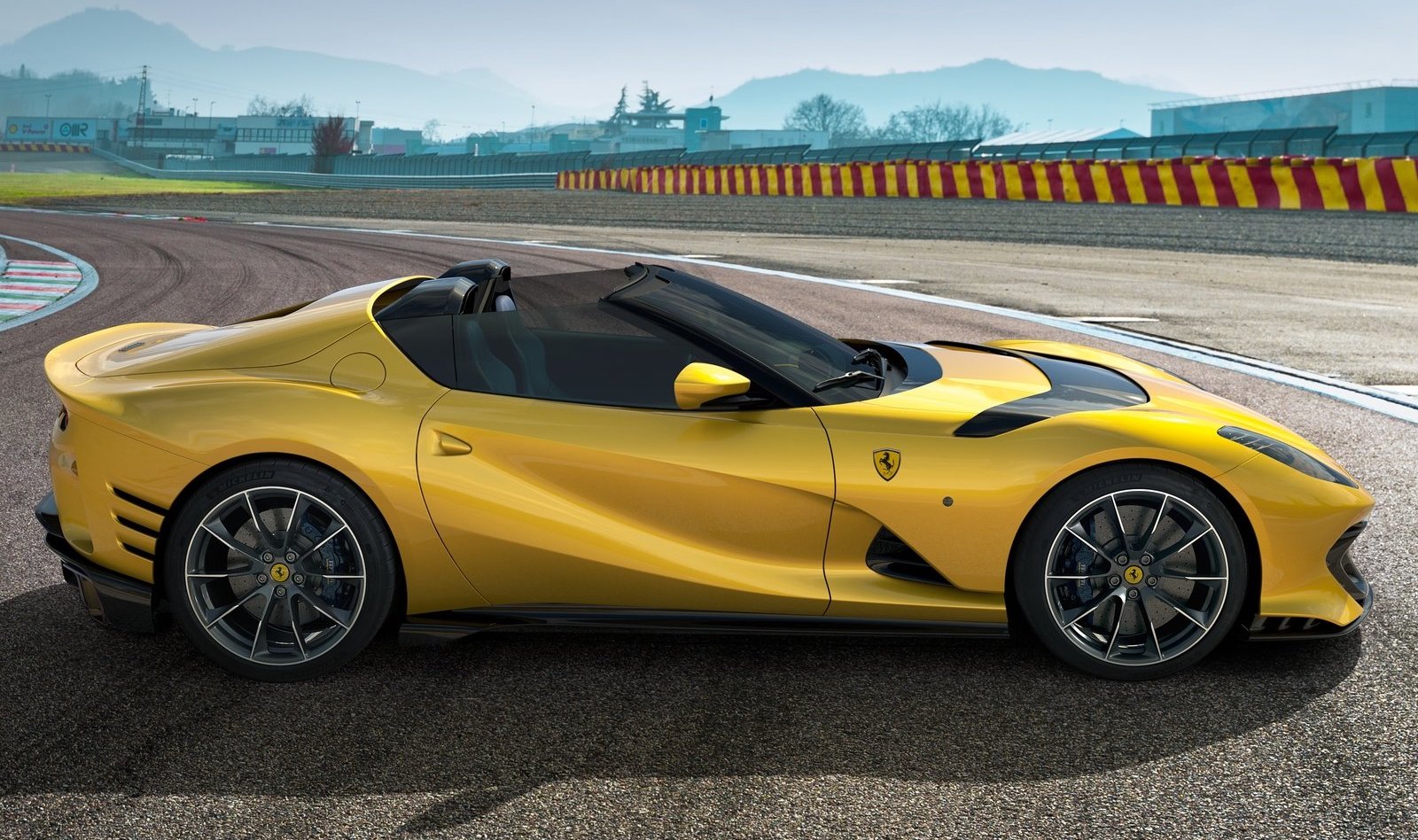 Ferrari has pulled the covers off its new 812 Superfast special edition, called the 812 Competizione, following a preliminary reveal a couple of weeks ago. The company has also taken this opportunity to show off a Targa version called the Competizione A. 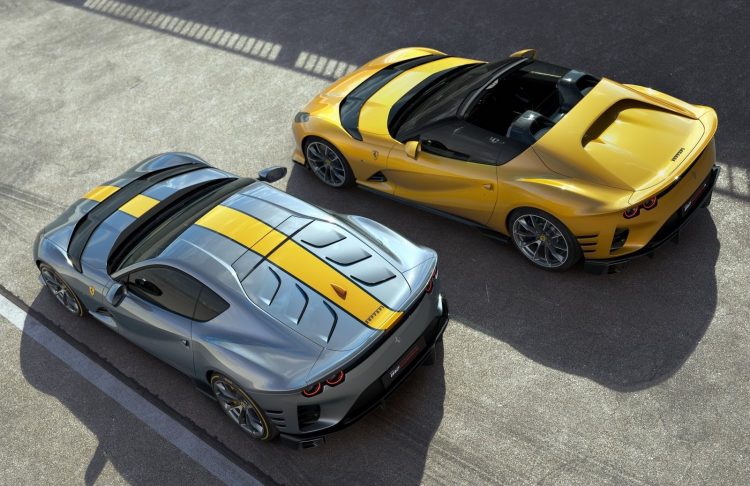 As initially confirmed, the 812 Competizione features an exclusively-tuned 6.5-litre naturally aspirated V12 engine which produces a colossal 610kW of power and 692Nm of torque. Peak power isn’t achieved until it hits an ear-bashing 9250rpm. And the redline cut-off isn’t until 9500rpm.

The engine, as you might have guessed, features a high compression ratio, of 13.5:1, and is built with meticulous attention to detail and mechanical precision. Ferrari has devised new pistons, titanium conrods, a special crankshaft, DLC-coated cams and piston pins, and steel sliding finger followers for the valve stem action.

Ferrari calls it the most exhilarating V12 on the automotive scene, offering a feeling of “boundless power and acceleration”. It’s also the most powerful naturally aspirated Ferrari engine ever, and the highest-revving road car engine the company has ever made. 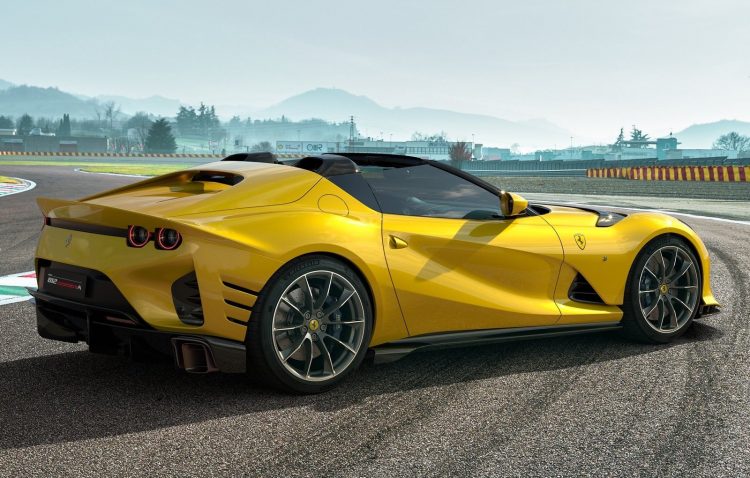 Across the usual sprint tests, Ferrari claims 0-100km/h can be done and dusted in just 2.85 seconds, with 0-200km/h coming up in an incredible 7.5 seconds. The top speed is also over 340km/h, making it one of the fastest front-engined coupes ever.

It’s not all about power, though. Special attention has been spent on ensuring the 812 Competizione provides optimum aero in terms of keeping things cool as well as keeping the car firmly planted on the tarmac. Specifically, the bodywork helps to improve cooling by 10 per cent compared with the regular 812, and the adaptive aero and chunky rear diffuser increase potential total downforce by 35 per cent (when exhaust expulsion is factored in). 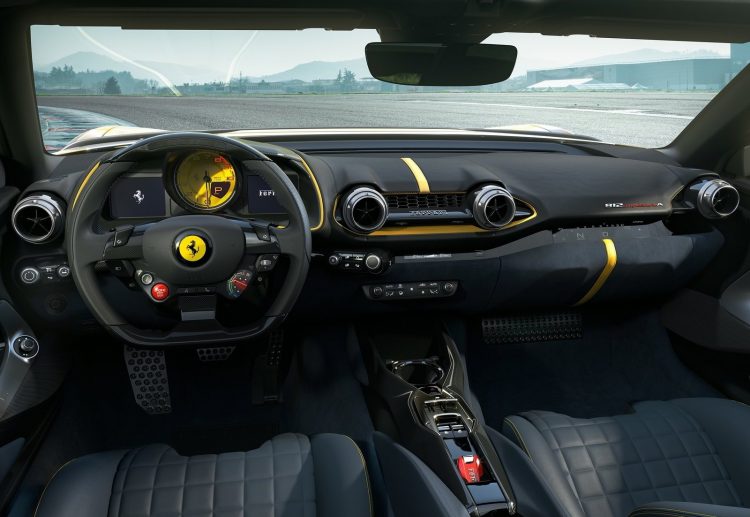 Drivers have a number of driving modes to choose from to ensure maximum driving fun (if the specs aren’t already mind-blowing enough), including a Side Slip Control (SSC) system for drift control, and a new rear-wheel steering system with ‘Virtual Short Wheelbase 3.0’.

Various items are made to be as light as possible as well to improve agility and performance over the regular 812, with things such as a 12V lithium-ion battery installed, carbon fibre bumper bars and spoilers, and reduced sound insulation inside with yet more carbon fibre.

Ferrari hasn’t mentioned production numbers in its press release but it’s understood 999 examples of the 812 Competizione will be made, and 599 versions of the Competizione A Targa. If you’re wondering about the price, you’re probably shopping in the wrong market segment. See below for a rundown on the specs: