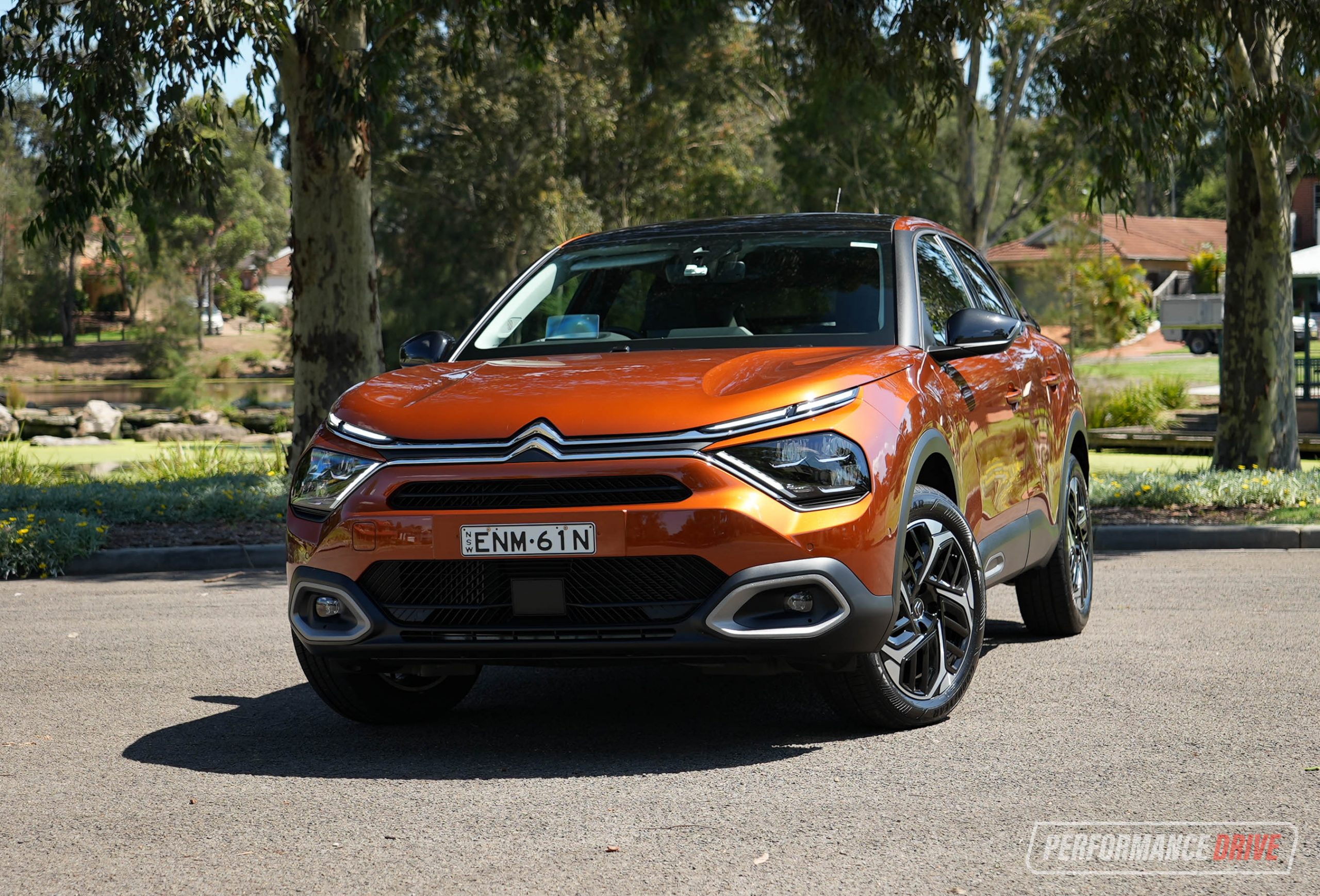 Before we get started I need to be up front and honest. I have a bit of a soft spot for Citroens. I love the way they are different and a bit quirky, and in most cases very interesting. So when it was time to test out the all-new 2022 Citroen C4 I jumped at the opportunity. 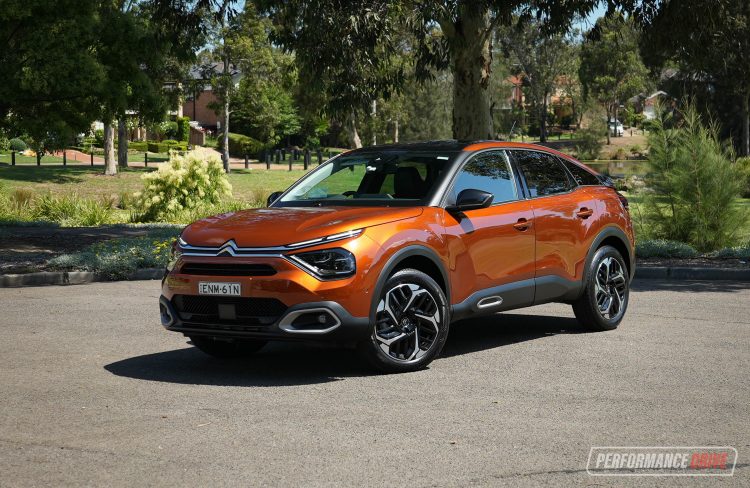 The second point that should be made clear is Citroens aren’t for everyone. They often come with comprises. They aren’t exactly agile and sporty, for example. But instead they are usually extremely comfortable. Far more comfortable than their nearest rivals. They usually take some ‘getting used to’ as well. But sometimes for the better.

However, what this new C4 does is try to appeal to the masses. It is perhaps the most conventional Citroen we’ve seen in recent times. Even the confusing crossover/SUV/coupe shape is quite common these days. Does that mean it has lost its French charm? Is it no longer the interesting, alternative radio station and now just another mainstream feed?

Just one high-spec trim line is available in Australia, called the Shine. It comes in front-wheel drive only and with an eight-speed automatic transmission. Prices start from $37,990 (excluding on-road costs). 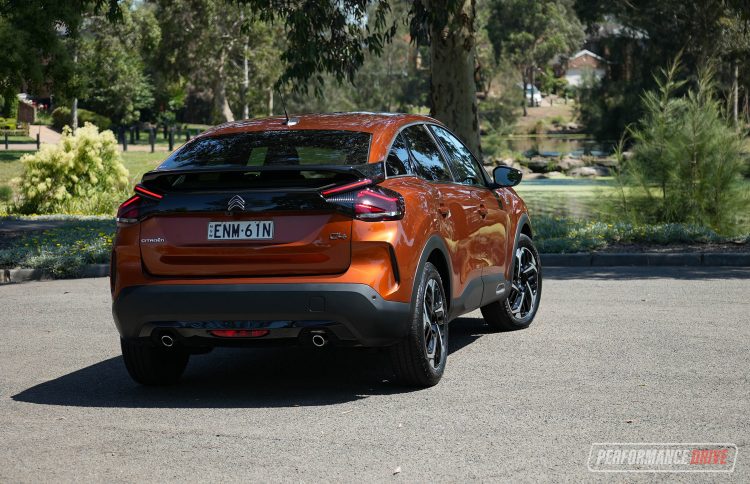 On first impressions, we quite like it. Its unique, quirky design cues help it stand out among the wave of SUVs that are flooding the market at the moment. The rear end looks very sporty, with its integrated black spoiler and tinted taillight strip, while the majority of shapes and contours are active and energetic. It’s buzzing with character.

There’s plenty of detail in it too, when you look a little closer. Especially around the headlights and taillights. The 3D LEDs in the front end give it a futuristic, almost concept-like face, while the discreet fins under the taillights and subtle nods to Citroen’s old Airbump panel protection technology on the doors help it stand out. 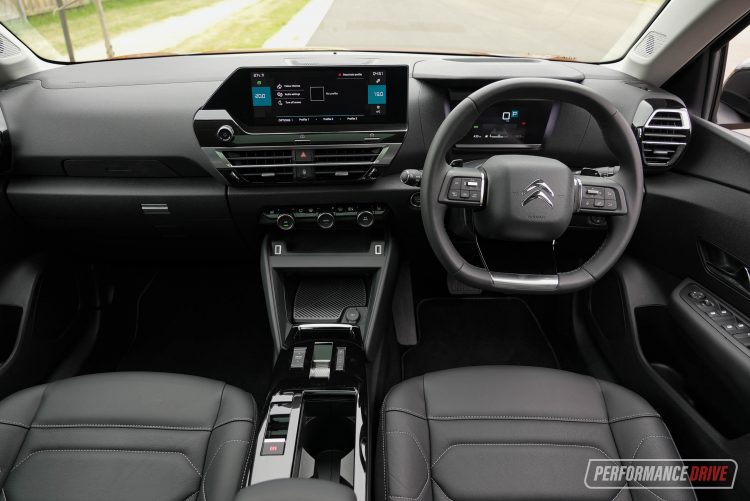 Inside is surprisingly luxurious. And the attention to detail is carried through. Like, check out the cascading dash and centre console layout. It looks really cool. And functional, offering good storage options including a convenient mobile phone slot which is capable of holding your phone upright.

The main 10-inch multimedia touch-screen is decent in terms of graphics and connectivity, offering Android Auto and Apple CarPlay. But functionality isn’t the best, as some actions require multiple selections. This is not ideal when you’re on the go. It needs to be refined a bit more we reckon.

The small (5.5-inch) digital gauge cluster is pokey, but it works. We like the simplicity of it, and the backlighting which gives off a floating effect at night. It would be nice if it offered more display options though, and even the menu to toggle through what is available is pretty crude. For example, you can’t leave the trip information up. Instead, it automatically disappears after a few seconds. 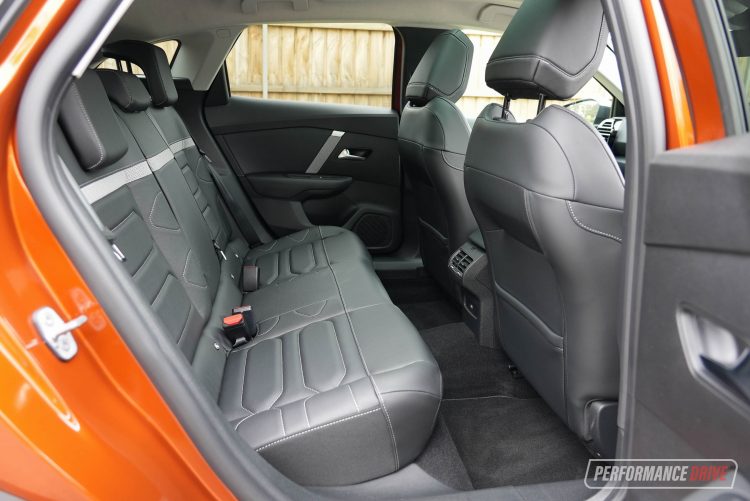 Passenger space is great in the front or back, for this class. Once you step over the high door sill that is – it is stupidly high. The front seats feature a soothing massage function, which is not very common at all for this market segment and price range.

Rear passengers are presented with good legroom, and headroom doesn’t seem to be impacted by that swoopy roof profile. It’s great to see separate climate vents in the back, and a charging port, but there is no flip-down arm rest. Overall though, comfort is fantastic for this class.

Boot space stacks up well against its key rivals. Although, there are some small hatchbacks that offer more room. This is rated at 380L, or 1250L with the rear seats down. The rear seats don’t fold completely flat either, making it difficult to slide in bulky items. A space saver spare wheel sits under the floor. 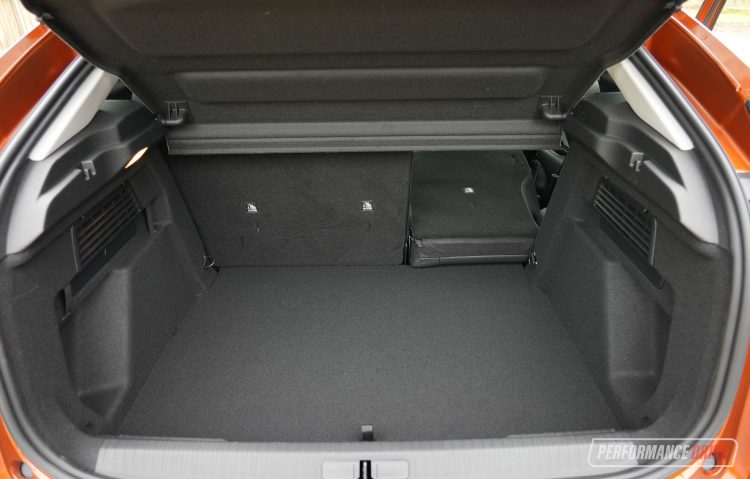 Only front-wheel drive is available as mentioned, with a basic torsion-beam rear suspension setup. However, Citroen is renowned for its super-comfortable suspension. And, fortunately, that historic trait carries through. The new C4 features something Citroen calls Progressive Hydraulic Cushions. It is so comfy on the road, regardless of how poor the surface is. It just soaks up bumps and potholes like no other in its class or even classes above it.

With soft suspension it does mean agility and precise handling are not its forte. It steers and makes turns with enthusiasm, but also accompanied by body roll and some degree of composure deficiency. Even with narrow 195 tyres – and eco-focused tyres at that – outright grip is quite impressive. Perhaps because the C4 is very light in weight, stamped with a tare rating of just 1237kg. 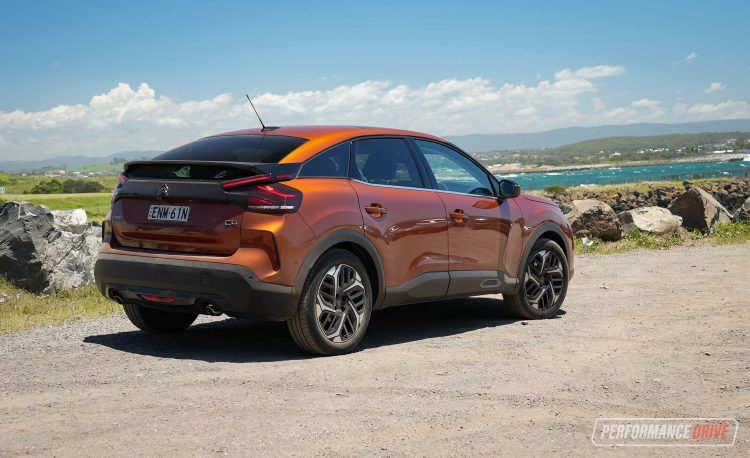 Driving around town and the suburbs is where you’ll get the most enjoyment. More than what you get from ‘normal’ small SUVs we’d say. Just because this is so peppy and full of character. It’s like it is constantly skipping and singing everywhere it goes. That might sound silly but it is hard to explain. You need to take one for a drive to really understand it.

Visibility is also excellent, and the road, no matter how bumpy or how poorly maintained it is, just feels like you’re going on a joyful bike ride in the park. Out in the country it’s great as well, where that suspension has the opportunity to absorb shoddy bitumen and dirt, with its long compression range. 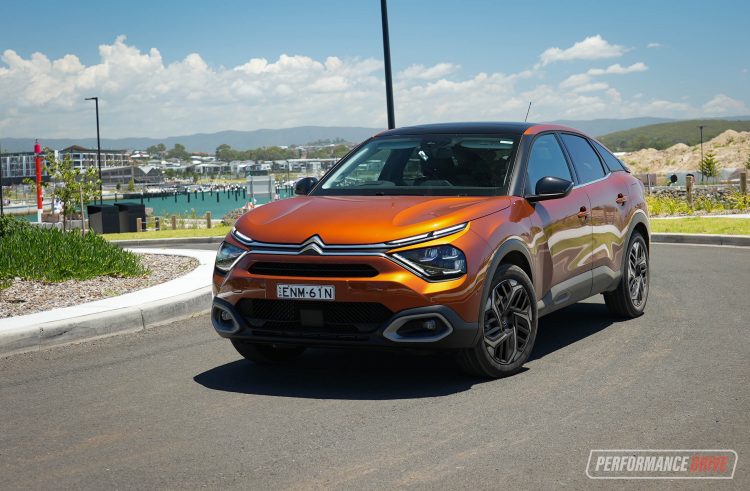 As for the 1.2-litre three-cylinder turbo powerhouse under the bonnet… it’s actually quite a lively and cheerful engine; it matches the vehicle perfectly. Low-down torque is excellent for its size, with a 240Nm peak available from just 1750rpm. It has no trouble steaming up long steep hills on the highway, at speed. Performance is also respectable for what it is. We timed 0-100km/h in 9.85 seconds, in reasonably warm conditions.

Fuel economy is stamped at 6.1L/100km on the official combined cycle, while we experienced an average of 6.9L/100km under varied demands. We did plenty of highway driving over the Christmas break with it, but that also incorporated our performance testing and usual run up and down our ‘handling course’ (mountain road). In that sense, 6.9 is not bad at all. 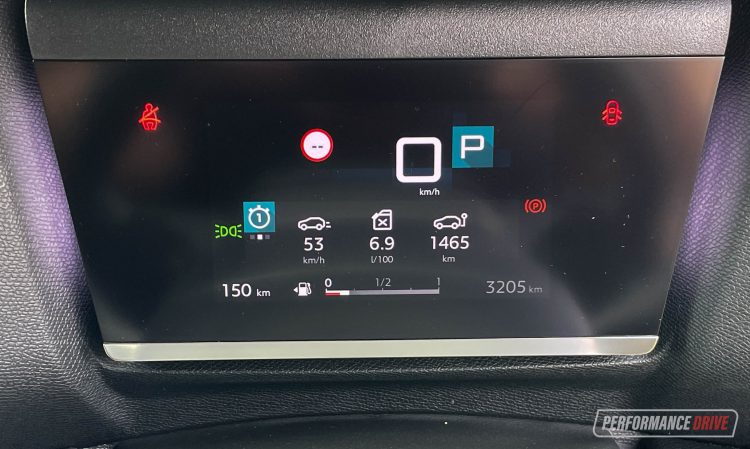 We really enjoyed our time in the new C4. Yes, it’s not the sharpest in the handling department and some areas need further refinement, such as the media screen and basic head-up display. But overall we left it feeling intrigued and interested. And that’s not something we usually think when handing back a small SUV. Above all though, it is indeed a proper Citroen.

PROS:
– Best ride comfort this side of a Rolls-Royce (kind of)
– Animated and fun-spirited 1.2 turbo three-cylinder engine
– Good low-end torque, cruises quite well even up long hills at speed
– Quirky design makes it very interesting, especially inside
– Plenty of standard kit, including massage seats!