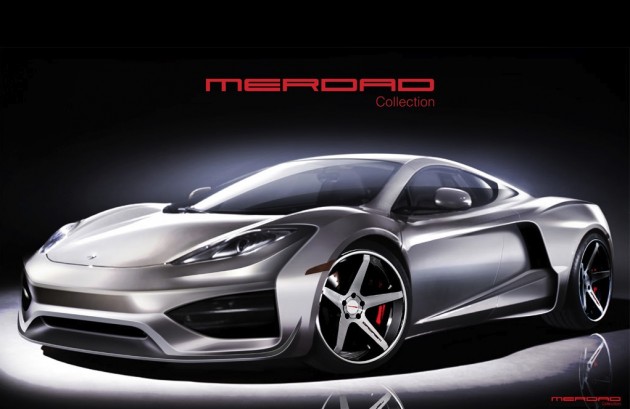 Merdad hasn’t revealed all engine specifications or full details yet, but it has shown us what it has done with the McLaren MP4-12C body. The MehRon GT kit includes a full-fat bodykit with a wider and more imposing new front end. 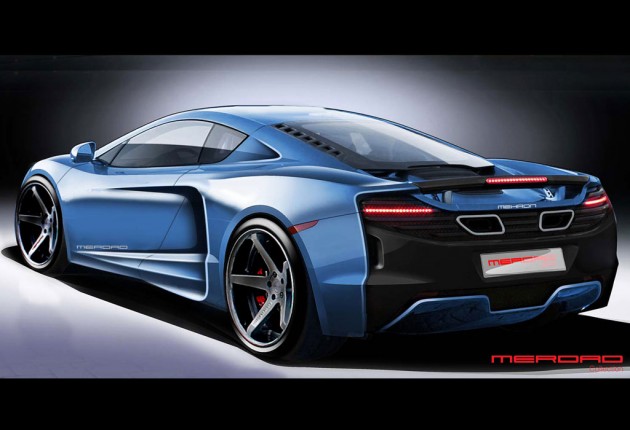 Other features include a set of lightweight forged alloy wheels, a SuperSound exhaust system and a completely customised interior décor.

Although it hasn’t been officially announced, the Merdad McLaren MP4-12C MehRon GT is expected to come with a raft of engine tune revisions that are likely to amplify the MP4-12C’s 3.8-litre twin-turbo V8 engine, somewhat.

Standard power and torque is rated at 441kW and 601Nm. After Merdad has finished with it, only time will tell how much power will be on offer for the McLaren MP4-12C MehRon GT edition.

The Merdad MehRon GT McLaren MP4-12C will be unveiled in full next year. Look out for more updates on this beastly supercar in the near future.

What do you think of it so far?