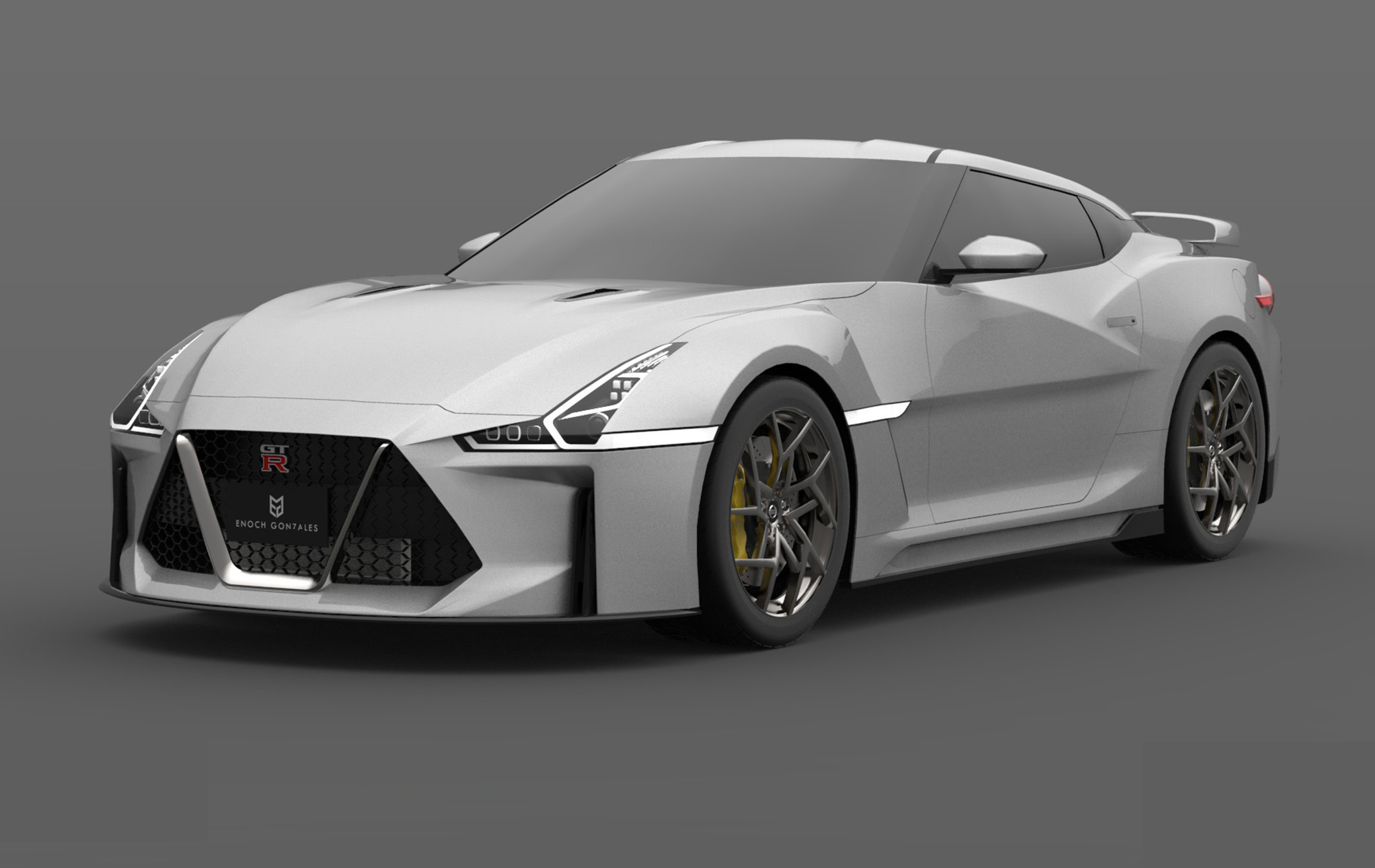 We haven’t heard much about the next-gen R36 Nissan GT-R lately. But, that hasn’t stopped fans from envisioning what the new model could look like. As is the case with these rather spectacular renderings. 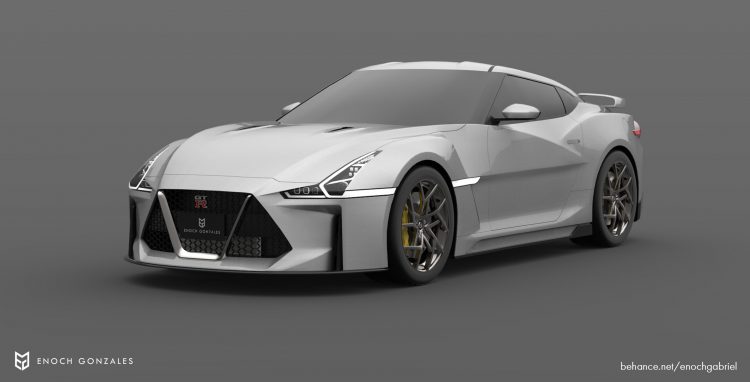 Penned by Enoch Gabriel Gonzales, the renderings incorporate some of Nissan’s latest design elements while retaining traditional GT-R cues. From the front you can see a modern interpretation of Nissan’s ‘V-Motion’ grille, supported by thinner and more focused headlights.

The A-pillar looks quite similar to today’s R35 GT-R, with a similar angle and coated in black for that cool ‘floating roof’ theme synonymous with Japanese cars. At the rear you have the trademark twin circular taillights, a curled wing, and neat diffuser with quad exhausts lower down. 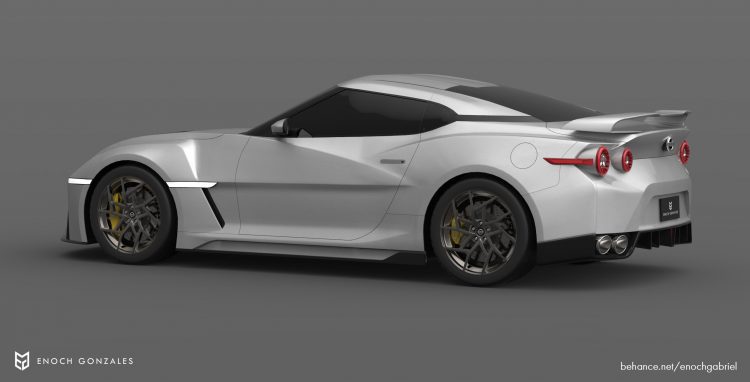 Of course, this is just a speculative render and the actual vehicle will probably look quite different. In fact, Nissan has said its design team are pitching design sketches, but engineering is still in the very early stages. Nissan design boss Alfonso Albaisa hopes to make something really special, in terms of styling. Albaisa is quoted in a Driving Enthusiast report as saying:

“We simply have to reflect people’s dreams; and I think people dream that the next GT-R will be the hottest super sports car in the world. It doesn’t care what every other supercar in the world is doing; it simply says: ‘I’m a GT-R, I’m a brick, catch me.’ It’s the world’s fastest brick, really. And when I review sketches for the new car, I say that a lot: ‘Less wing, more brick.” 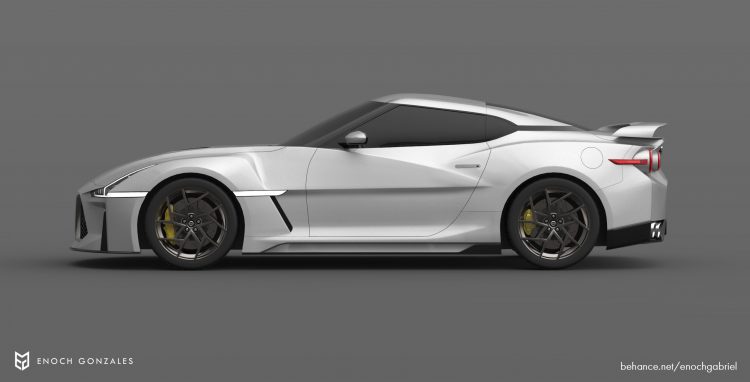 As for the powertrain? Well, some reports suggest Nissan might turn to electrification. Others suggest the new VR30 3.0-litre twin-turbo V6 to be the main source, potentially with hybrid technology to help boost low-end pick up and response. In an Autocar report earlier this year, Albaisa said:

“Whether we go to a lot of electrification or none at all, we can achieve a lot power wise. But we are definitely making a new ‘platform’ and our goal is clear: GT-R has to be the quickest car of its kind. It has to ‘own’ the track. And it has to play the advanced technology game; but that doesn’t mean it has to be electric.”

The current R35 GT-R has been on sale for around 10 years. It has undergone constant updates, although nothing major has changed in the past couple of years. A new model isn’t set to arrive until some time in the 2020s.