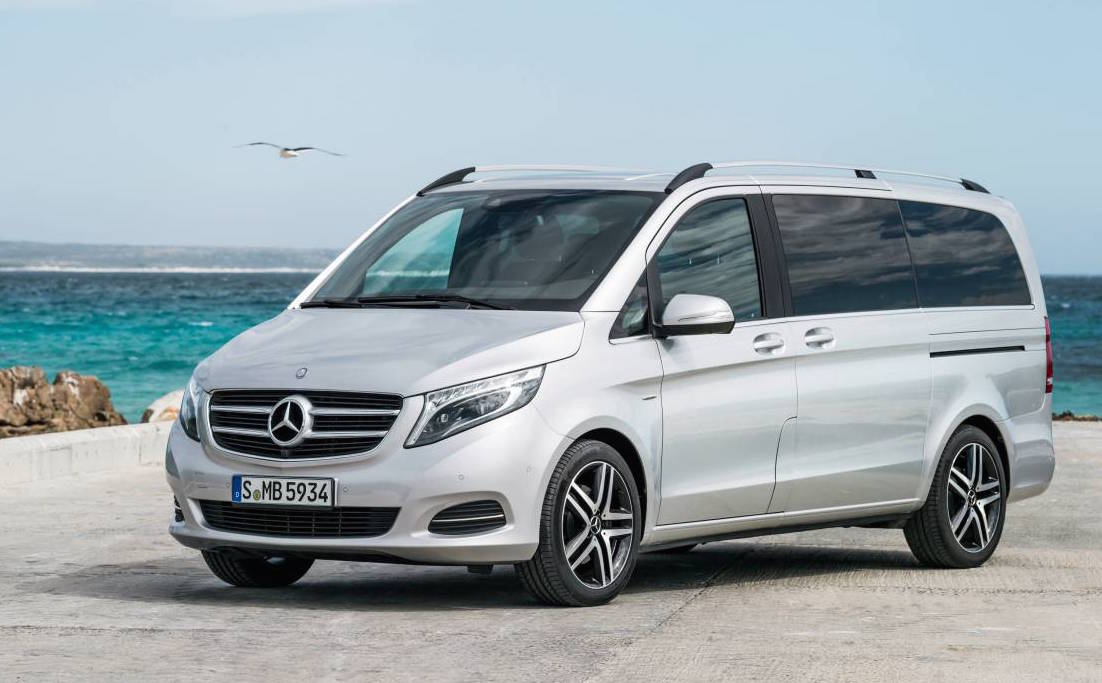 The all-new 2015 Mercedes-Benz V-Class van has been announced for Australia, bringing perhaps the sportiest and most prestige design and features the MPV vehicle segment has ever seen in this country. 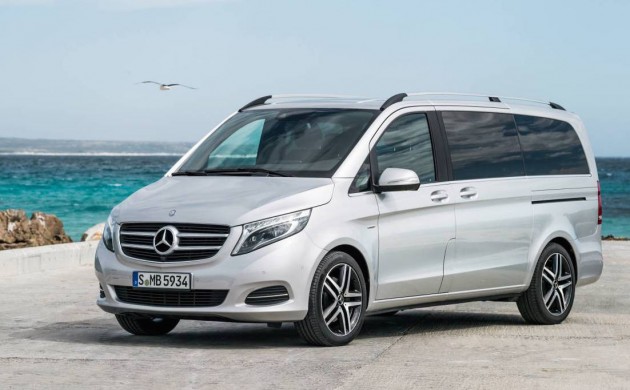 “Functionality is a must for an MPV. Comfort and style are the icing on the cake. The new V-Class combines both in a way no other vehicle in this segment can offer. Sensuous, dynamic contours, intelligently showcased high tech and exquisite high-class appeal make the V-Class an automotive icon that blends elegance and functionality to perfection.”

In the engine compartment of the singular V 250 BlueTec variant line is a 2.1-litre turbo-diesel four-cylinder. It produces as much pulling power as the previous 3.0-litre diesel V6, according to Mercedes, producing 140kW and 440Nm.

Performance-wise, the engine can deliver up to 150kW and 480Nm during heavy acceleration thanks to an ‘over torque’ function. Out on the road 0-100km/h comes up in 9.1 seconds, while the combined cycle fuel consumption in just 6.3L/100km. It comes with a 7G-Tronic seven-speed transmission. 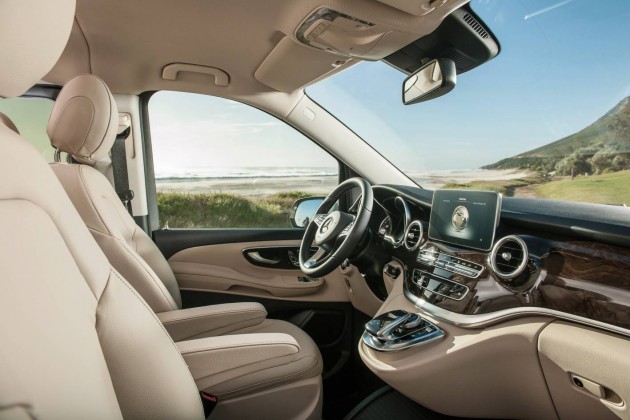 Inside, there’s seating for eight passengers, with four-way lumbar support and active seat ventilation for the front chairs, an advanced automatic climate control system which activates air recirculation in tunnels automatically using the GPS signal, and a unique rear windscreen that can be opened separately from the tailgate. The dash of course features a full LCD multimedia interface with sat-nav and Mercedes’s latest controller system.

The Mercedes-Benz V 250 BlueTec is now available to order in Australia, with deliveries set to commence in July. Prices start at $85,500 (excluding on-road costs).