Nissan has shocked us all by unveiling the Nissan Juke-R concept in full at a recent Nissan Qashqai launch in Spain. The company has released a couple of videos in the past few weeks and then went suspiciously quiet for a little while there. Now we know why. 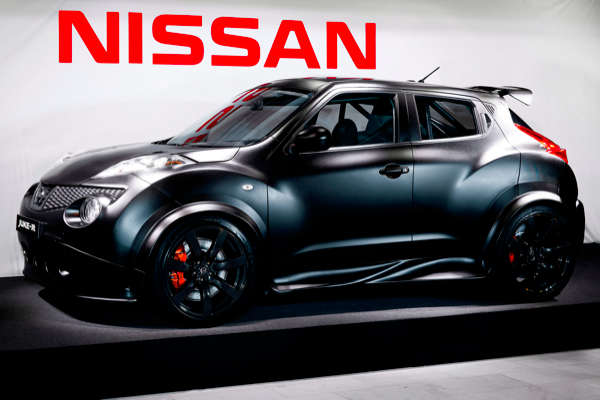 As already revealed, the Nissan Juke-R project is all about testing the limits and previewing what is possible. Nissan has no intentions to put the insane Nissan Juke-R with Nissan GT-R running gear into production, but it will be testing the hot crossover and testing it against public reaction.

If it is received well, Nissan may develop and produce a performance variant of the Nissan Juke, however, watered down somewhat compared with the Nissan Juke-R unveiled here.

The Nissan Juke-R project was built by engineering firm Ray Mallock Limited as well as the Nissan Technology Centre for Europe (NTC-E). Inside is decked out in a bespoke layout featuring the Nissan GT-R touch screen central display unit and a club-spec-style interior.

Nissan announced that it is building two versions of the Nissan Juke-R, one in left-hand drive and one in right-hand drive. Testing of the vehicles is set to commence in November. Stay tuned for more videos.

For more information on Nissan vehicles that are available, head over to the Nissan Australia website.