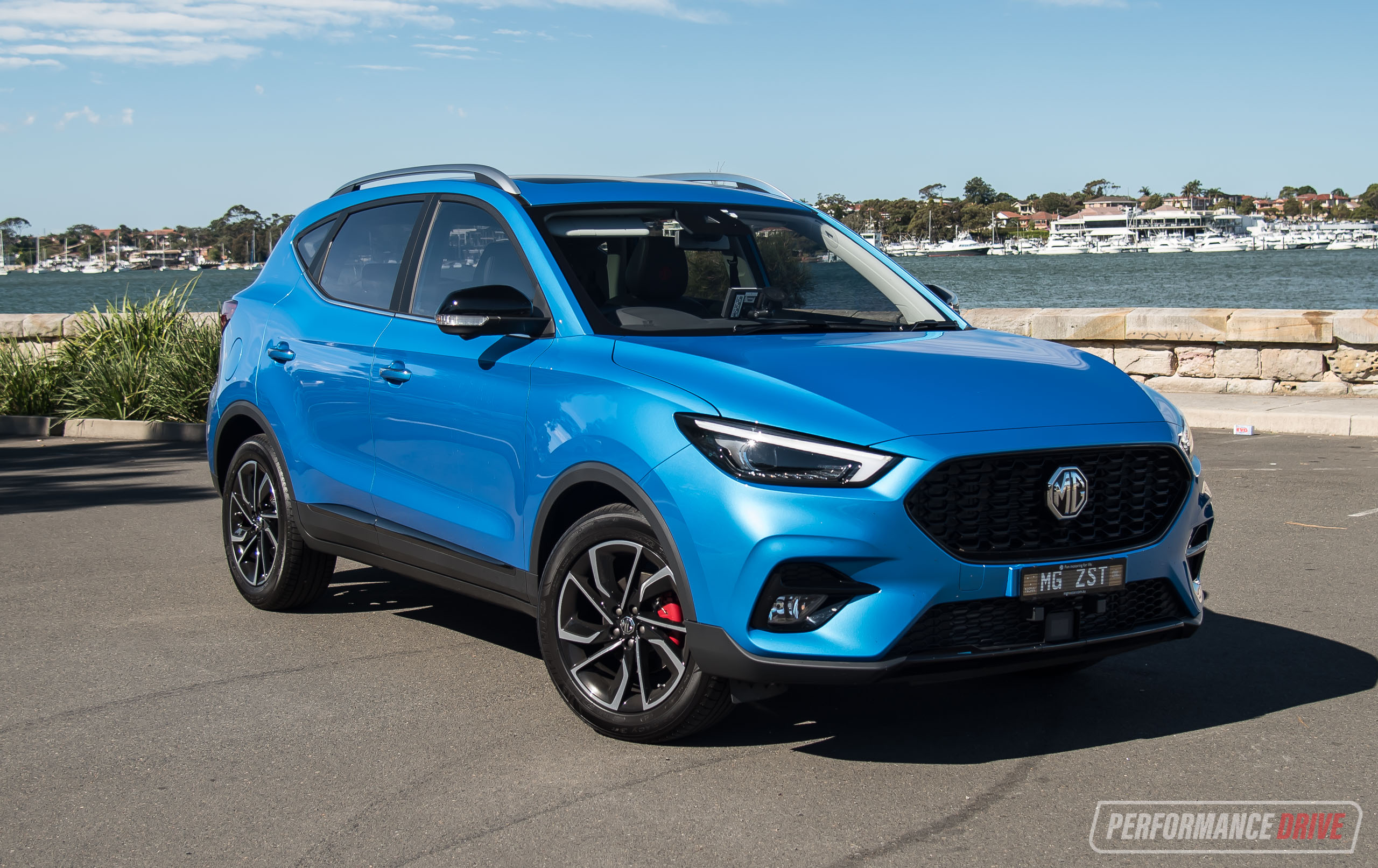 The 2021 MG ZST joins the popular small SUV market segment in Australia, taking on the likes of the Toyota C-HR, Kia Seltos, and segment-favourite, the Mitsubishi ASX. How does it expect to take down these rivals? With sheer value for money. 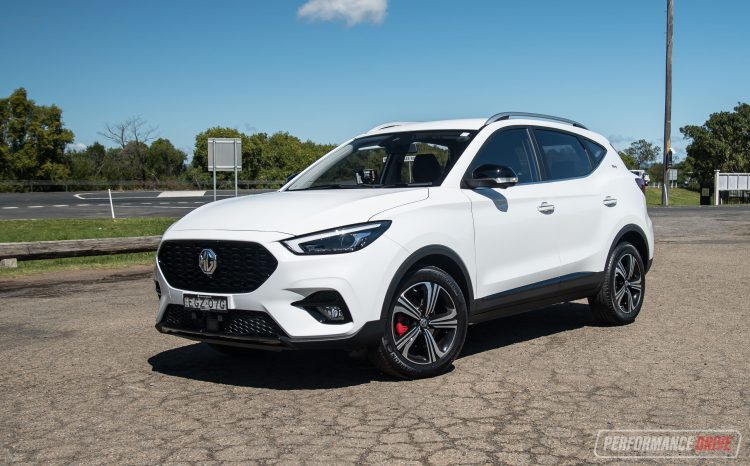 MG is one of the only brands reporting a sales increase so far this year, including through what has been a very turbulent last few months. According to August VFACTS figures, MG sales are up 57.1 per cent on the first eight months of last year. August itself also reported an impressive 69 per cent spike compared with last August. In saying that, the SAIC-owned brand, based in China, currently has four actively-selling separate models in the showroom – the HS, MG3, the ZS, and now, the ZST – as opposed to three last year.

Two variants of the ZST are on sale in Australia; the Excite and Essence. Prices start from $29,490 for the Excite, and from $32,490 for the Essence. 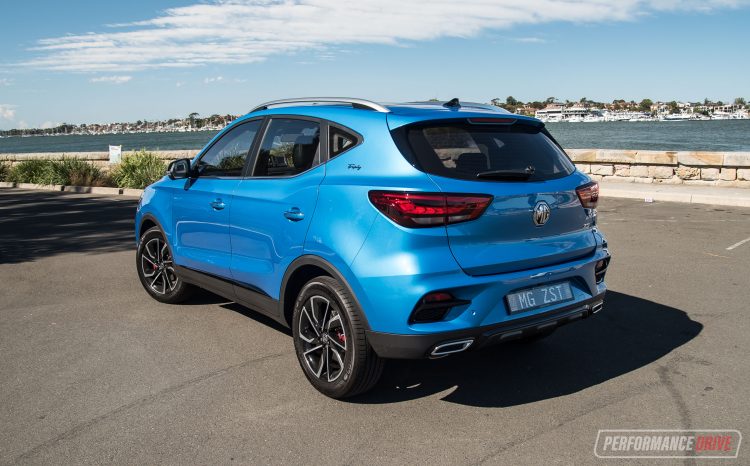 You wouldn’t think this was a budget-focused vehicle just by looking at it. We’re sure you will agree, the exterior design is quite nice. There are plenty of modern fixtures, including full LED headlights and taillights as standard. We like the bolstered wheel arch curves, and the neat front and rear proportions. One area that does seem off to us is the wheel offset. The wheels sit inward from the guards, instead of resting nice and flush with the body.

Both variants come with 17-inch alloy wheels, wrapped in Michelin tyres. And both also feature a front-wheel drive system, with a very basic torsion beam rear suspension setup. This is unlike some of the leading rivals which feature a more comprehensive multi-link rear arrangement. We think the handling is rather sloppy, especially during switchback corners, wobbling from side to side. More so than the popular rivals. However, the ride is soft and cushy over bumpy roads. 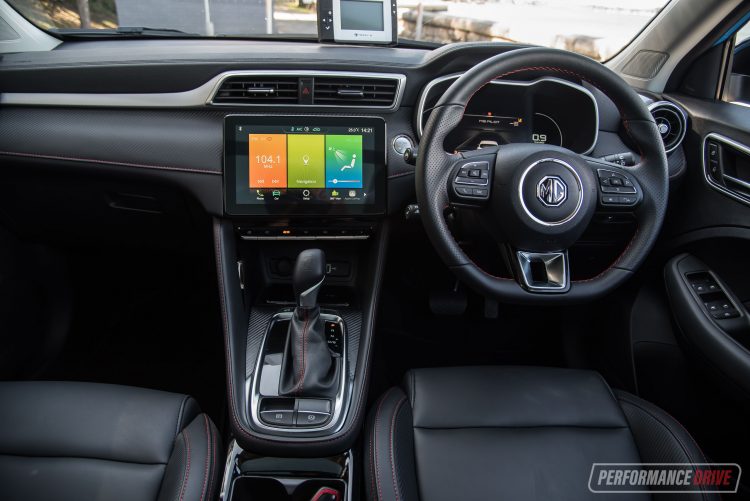 Passenger space is really good for this class. There’s plenty of headroom in the front, and a general sense of airiness. Rear seat space also keeps the rivals on their toes. Legroom, in particular, is quite impressive. Unfortunately, there are no rear climate vents in the back of the console. However, there are two USB ports to keep passengers happy. 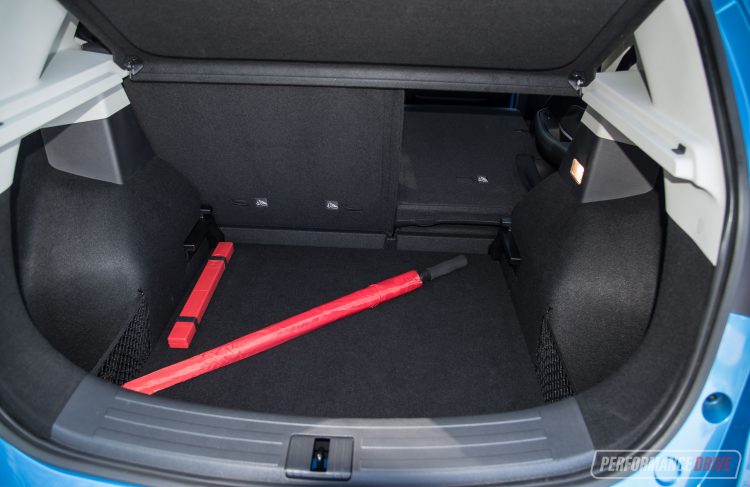 In the very back, the boot is deep but not very wide. It presents 359 litres in the default seating layout. Folding down the rear seats opens up 1187 litres, but there is a big step as the rear seats don’t fold down flush. Although, there is a two-position floor panel that can bring the floor to a more level surface, when in the higher position. We like the handy netted storage pockets in the sides.

Under the bonnet, both variants feature a new 1.3 turbo-petrol three-cylinder. It produces adequate power and torque for this class, and actually surges through the mid-range quite well. We couldn’t conduct all of our usual performance tests due to time restraints, being an official media launch event. However, we managed to cover some 0-100km/h runs with the Vbox on a public highway. 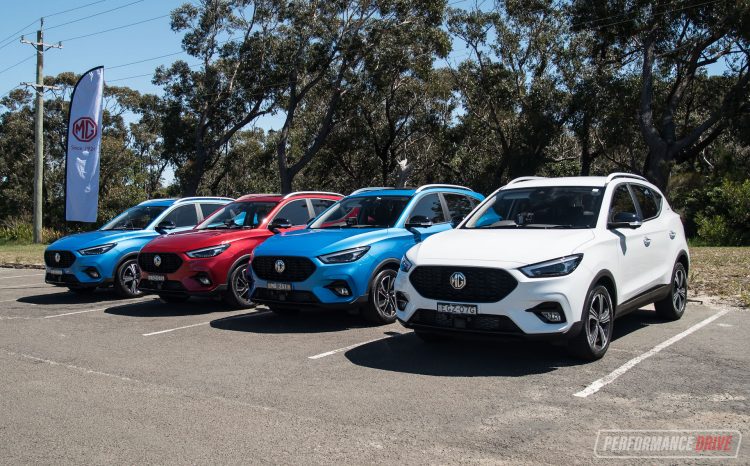 Both variants produced essentially the same results, with a best time of 9.95 seconds. This compares well with most of the common rivals that we’ve previously tested. You can check out our shortened 0-100 video below to see how it goes.

MG has really advanced its safety tech, bringing in something it calls MG Pilot. It includes plenty of the now-common autonomous-like safety functions, including lane-keep assist with automated steering adjustment. Out on the highway the adaptive cruise control performs well, monitoring other vehicles and not braking too early when other vehicles pull in front. We’re not a fan of the lane-keep assist though. It seems to really yank the steering wheel to pull the car into line, even if you only merely glide towards the lane markings. 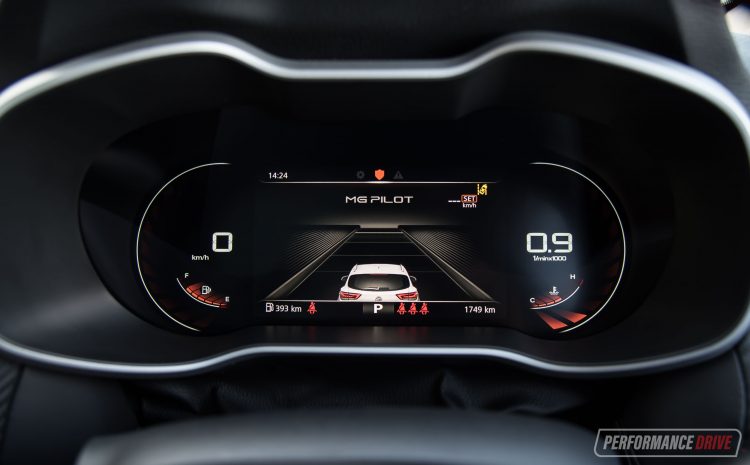 Overall, this is an inexpensive little package that seems to offer most of the material features that the established rivals present. The driving experience is a little crude in comparison to most in our opinion, and vehicle safety needs further refining to bring it up to five-star ANCAP standards (currently four stars).

But hey, new-MG hasn’t been around for long. With a bit more time we’re sure the brand will catch up to the rest. In the meantime, we’d suggest you check out the rivals before signing the dotted line on one of these. Unless budget is at the very top of your criteria.