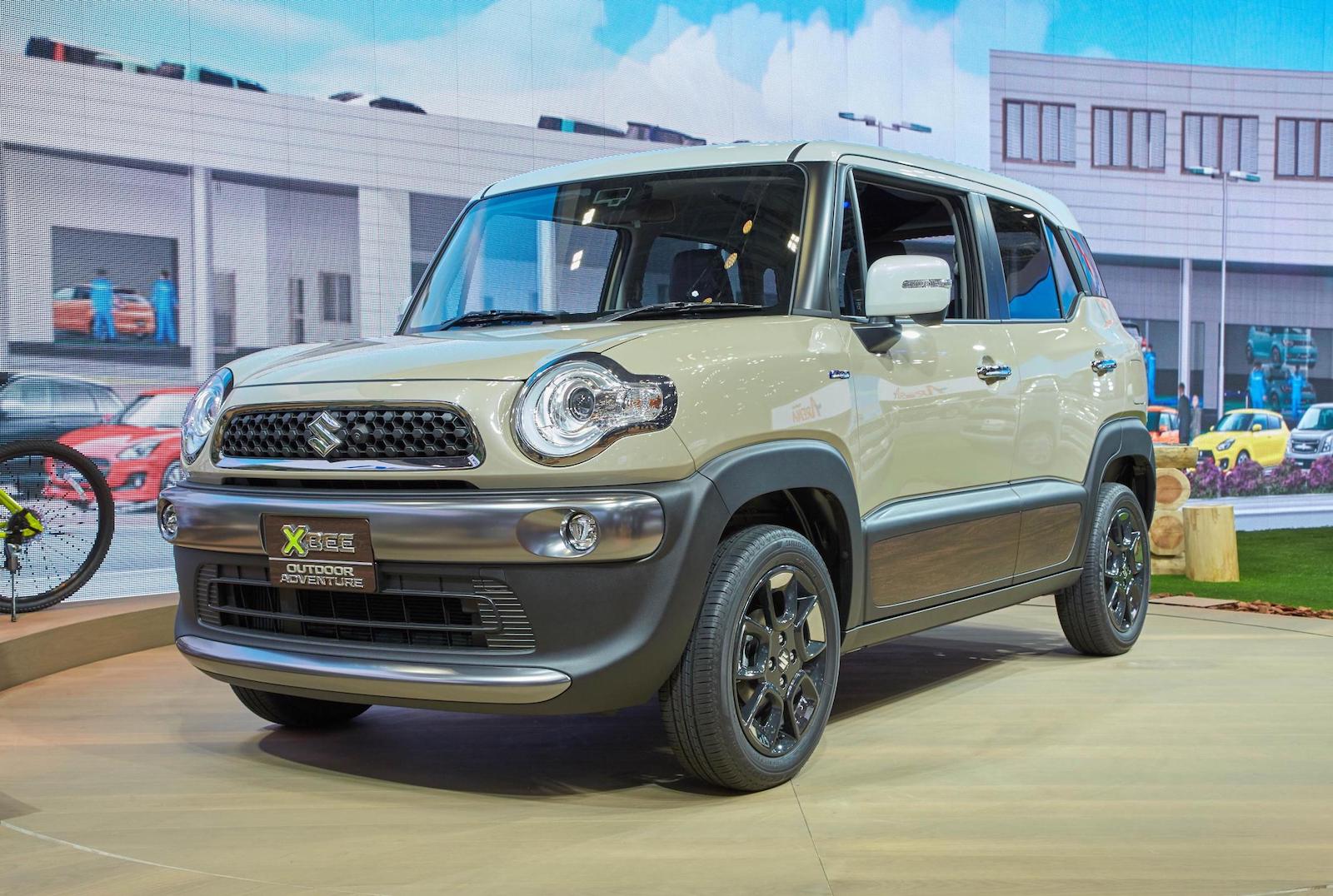 Following the reveal of a concept version earlier this year, Suzuki has just launched the unique new XBEE (pronounced cross-bee) for the Japanese market.

Think of it as a cross between a van and SUV, with a dash of city car thrown in for good measure. Suzuki calls it a compact crossover wagon for a “whole new genre” of vehicle.

Like most Suzuki models, the XBEE is designed to be as user-friendly as possible. It features a spacious cabin, plenty of storage, flat floor, as well as a comprehensive touch-screen media interface for the dash.

It’s also jammed packed with modern safety tech, including a 3D View parking camera system, as well as Dual Sensor Brake Support (DSBS) for autonomous emergency braking, with Back-up Brake Support for reversing. This is the first time such advanced tech has been fitted to a Suzuki compact car.

Based on the company’s latest ‘HEARTECT’ platform, which is also shared with the latest Baleno, Ignis, and Swift, the new XBEE comes with a 1.0-litre turbo-petrol three-cylinder engine as seen in the brothers. In these applications the unit produces 82kW.

At this stage the XBEE is only on sale in Japan and is unlikely to make it to Australian showrooms. It’s a pity as we think it looks like it could be a funky yet versatile little car. What do you think?