Cars are almost always cooler when they’re in wagon form. And this old-school 1969 Volvo Amazon Kombi doesn’t get much better. It’s a sleeper and a half, with 788hp. 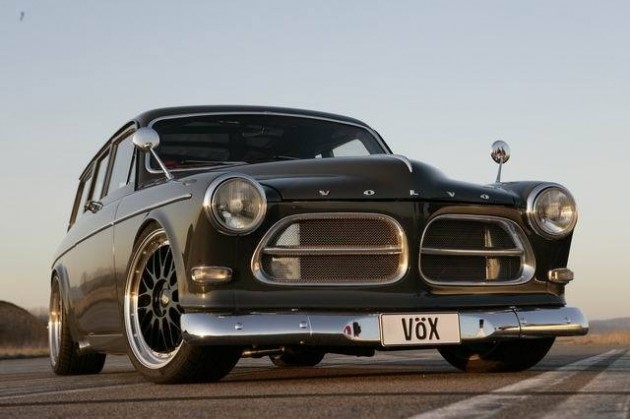 Yes, this friendly old Volvo wagon sports a 2.8-litre modern Volvo six-cylinder engine tweaked to a rampant 588kW (788hp). The car was built and owned by a man named Mattias Vöcks. The interesting thing about Mattias Vöcks is that he works at Koenigsegg, so he obviously knows a thing or two about speed.

The Volvo Amazon Kombi has not only been modified to oblivion under the bonnet, most of the car is also subjected to extensive spannerwork. The body, for instance, came from the factory as a five-door, whereas now it has been converted into a panelvan-style three-door.

There’s also a six-speed Getrag manual transmission, which we can assure you did not come from the factory in 1969, as well as high performance brakes borrowed from the Koenigsegg CC8S no less, and a new differential and adjustable suspension setup.

Inside, it’s all custom work, with a roll cage system and side-intrusion beams, a fabricated transmission tunnel, and a pair of red racing bucket seats.

All this awesomeness can be yours for 89,300 euros (approximately AU$113,000). Head over to the full ad at mobile.de for more details.

To see how quick the package is, watch below as a Ferrari 458 attempts to beat it down an empty airfield.