ADV.1 Wheels is embarking on a very unique performance build, including developing a custom wheel and tyre package for this exquisite Jaguar XJ220 supercar. 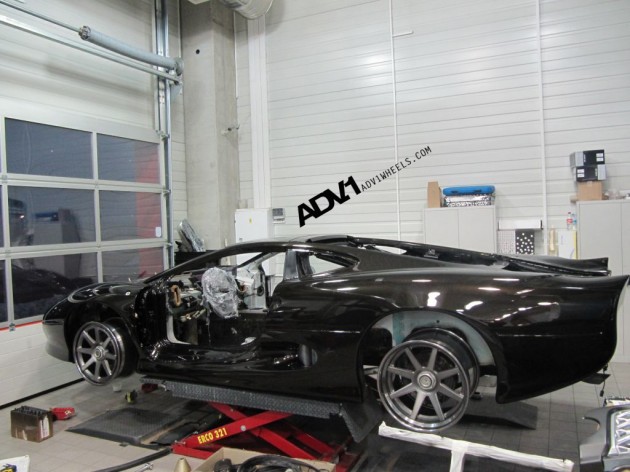 The company says coming up with the wheel package is a very hard task in itself, recently saying, “Mental note…Not easy to engineer wheels for a car that no ones ever done in a different country. But it’s what we do!”

The owner has also requested a full custom paint job, with a heap of aftermarket mechanical upgrades thrown in for good measure.

The project is only in its early stages, with these teaser images showing the big Jag in a striking brown/bronze metallic. The ADV.1 Wheels alloy multi-spoke design appears to be selected too, suiting the XJ220 quite well. 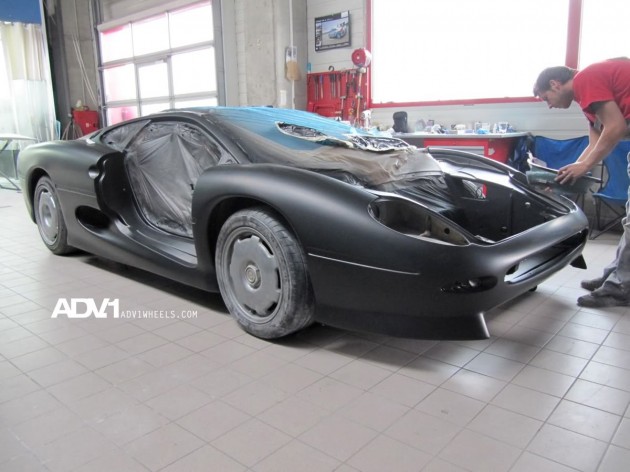 In standard form the Jaguar XJ220 features a 3.5-litre twin-turbo V6 mid-mounted engine producing 404kW and 645Nm, with power sent to the rear wheels. The XJ220 was one of the fastest production cars in the world, offering a top speed of 349.4km/h (217.1mph) – with the catalytic convertors removed.

There hasn’t been any mention on the extent of the tuning, but even with some new turbochargers and a bit more boost, one could expect substantial horsepower increases.

We’ll be sure to keep you updated on the build progress on this one. The XJ220 is an awesome old-school supercar, representing the extreme corner of the turbo era.