It looks like Porsche could be preparing to introduce a new A-pillar airbag design for its convertible sports cars, after design patents were found registered at the Patent and Trademark office in the U.S. 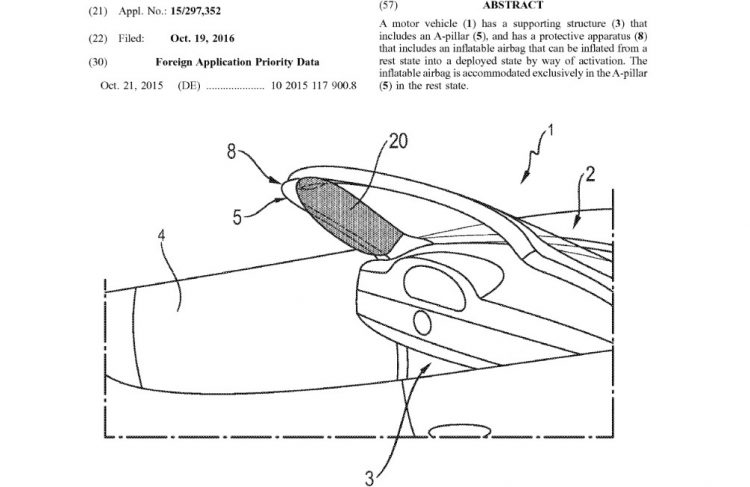 The patent shows a design for an airbag mounted within the A-pillar, potentially boosting a convertible’s safety by quite a margin. The idea is to provide a pillow of air between an occupant and the corner of the A-pillar and the top edge of the windscreen.

Under certain conditions during a front corner crash, it’s known that a driver or passenger can be projected into the front top corner of the cabin, especially if the collision is offset to the front of the car. Conventional chest airbags aren’t really designed to protect against this area.

Side airbags help to guide occupants away from the door and help push them into the centre and within the range of the frontal airbag. However, an airbag in the top corner could also help further align occupants in not just convertibles but also conventional cars.

According to the patent registration details the application was submitted in October last year, with the USPTO only now publishing the patent application’s content. This suggests the safety initiative could debut in a Porsche convertible very soon.