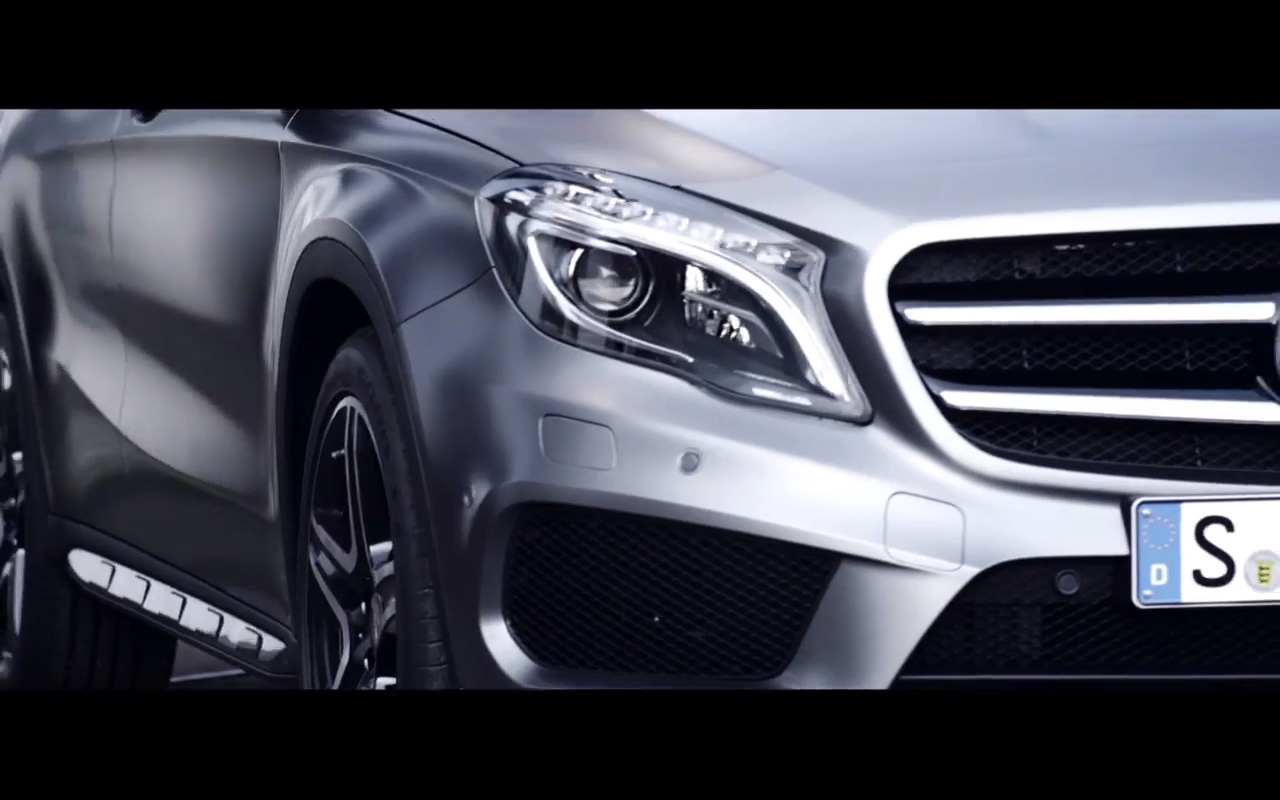 Mercedes-Benz has released another preview of the upcoming GLA-Class small SUV, which will be fully unveiled at the Frankfurt Motor Show next month. This time we get a glimpse of the front and rear ends. 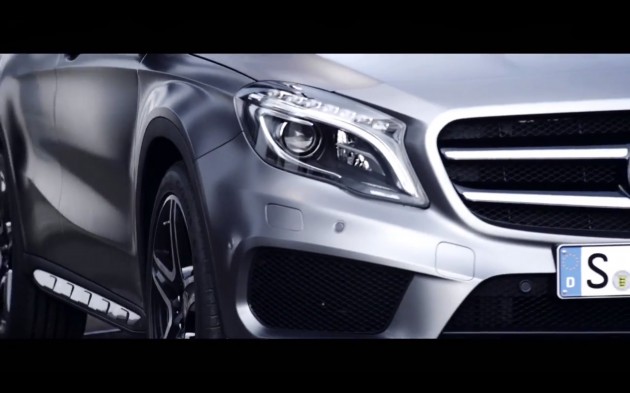 The new GLA-Class is expected to be quite a hit in terms of sales for Mercedes, considering the company doesn’t currently offer an SUV for the more entry-level market segments. In some regions, SUVs are often the most popular type of vehicle.

Junior to the ML-Class, the GLA will be based on the latest A-Class, sharing similar proportions and a slightly bigger interior layout. On the outside, the new model will be inspired by the GLA Concept which was unveiled earlier this year.

Powertrain options are set to mimic those found in the A-Class, including turbo-diesel and turbo-petrol four-cylinder units. A range-topping GLA 45 AMG is likely to be in the pipeline offering 265kW.

Click play below for a sneak peek. The Frankfurt show starts on September 10.