A small Indian company called DC Design is planning to unveil its first ever, and India’s first ever, DC Design supercar concept at the New Delhi Auto Expo next week. The company has released this teaser to warms things up. 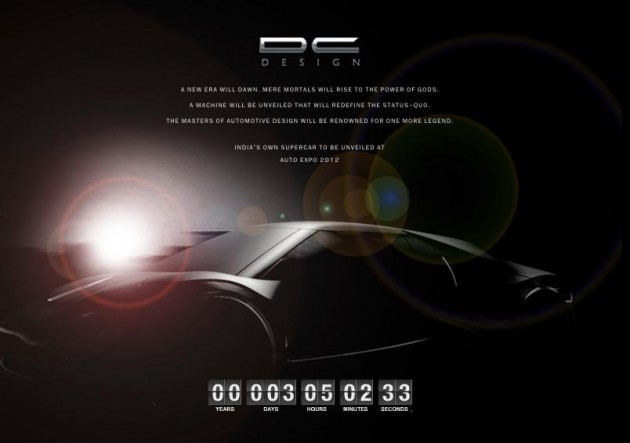 Looking as though it will showcase textbook supercar styling, with an ultra low-profile body, the DC Design supercar concept is apparently headed for producing. It will be India’s first ever supercar if it does, and perhaps one of the cheapest supercars in the world with prices said to kick off at around $54,456.

As for the finer details and specifications, DC Design is keeping those under tight wraps until the car’s official unveiling. Reports say it will feature a turbocharged Honda V6 engine however, producing around 298kW of power. The DC Design supercar concept will tip the scales at just 1560kg.

The home to the world’s cheapest car, the Tata Nano, is expected to see the production DC Design supercar concept in the showrooms in 2013. Up to 3000 could be built per year.

Stay tuned for full details from the unveiling. The show starts January 7.