Porsche has been spotted test driving a 2013 Porsche Panamera prototype in Germany on public streets. The facelifted model is due next year, and is expected to showcase moderate styling updates. 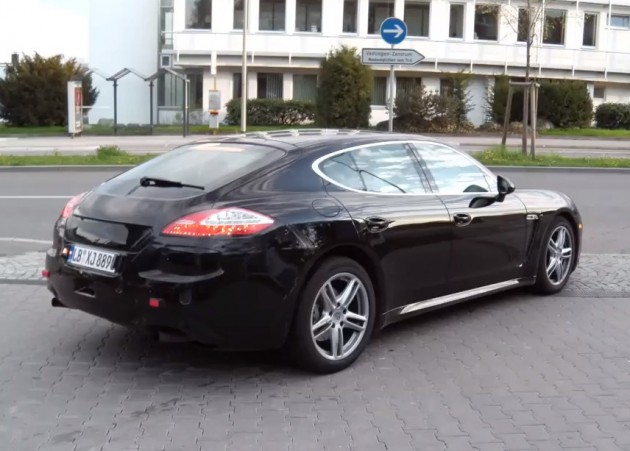 The prototype seen here filling up at a petrol station is covered in some camouflage sheeting, so we can’t see the finer details of the facelift. It is expected to feature new front and rear bumper bars though, with restyled LED headlights and taillights.

It appears the new model will also feature a more rounded rear end, similar to the 911, while the front will incorporate a string of LEDs under the headlights, similar to the current model.

As for the engine options for the facelift, we can expect a similar lineup as the current version, with V6 and V8 petrol units, a diesel, a hybrid, and a twin-turbo V8 for the Turbo variant.

Also expected to join the lineup is a new 3.0-litre turbocharged V6 engine, which is said to be in the making for the upcoming Porsche Macan medium-sized SUV.

The 2013 Porsche Panamera is likely to be revealed at a big international motor show some time later this year.

Click play on the video below to have a quick squiz in the meantime.