Mercedes-Benz has revealed the new 2013 Mercedes-Benz G 63 AMG and G 65 AMG biturbo V12 ahead of their Beijing Auto show debut in a couple of weeks. 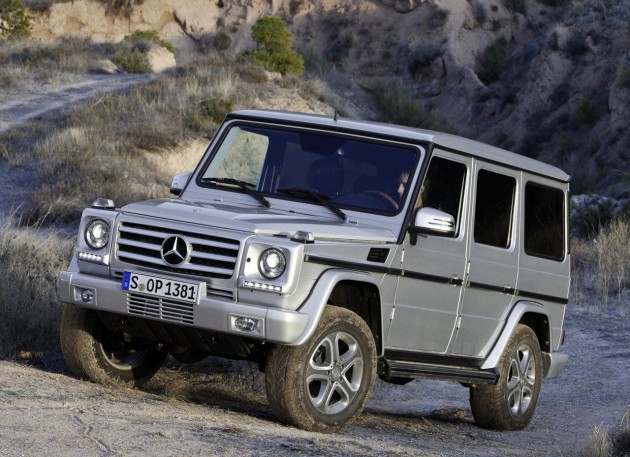 The facelifted G-Class will come in two AMG varieties (at least overseas); including a G 63 AMG, and an uber-flagship G 65 AMG – Mercedes-Benz has said the G 65 AMG will not be available in the UK, which could hint that it may only be built in left-hand drive.

Replacing the previous G 55 AMG, the new 63 version comes with a 5.5-litre twin-turbo V8 producing an astounding 400kW of power and 760Nm of torque. It comes with stop-start technology as standard and has an average fuel consumption rating of 13.8L/100km (converted from Euro 20.4mpg). 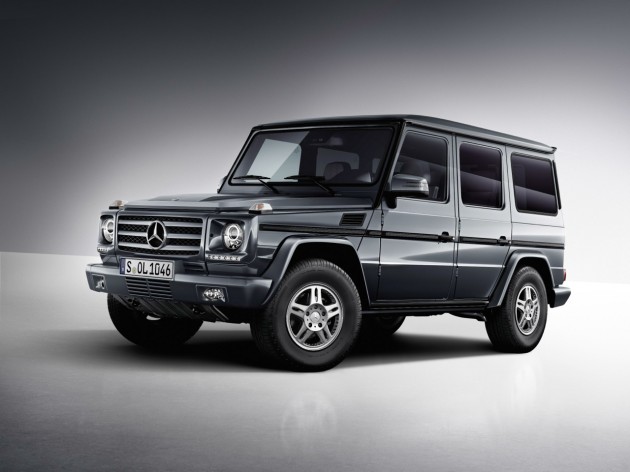 The engine is matched up to a seven-speed 7G-tronic transmission, as with all new 2013 model G-Class variants, with power sent through a permanent four-wheel drive system. Switchable differential locks are in place at the middle, front, and rear.

As previously reported, Mercedes-Benz and AMG have been working on a biturbo V12 engine for the ‘Grand Angus’ of SUVs. The engine is a 6.0-litre unit producing an insane 450kW (612hp) and 1000Nm. This makes it the most powerful production SUV ever made. Acceleration from 0-100km/h is yet to be announced, but somewhere in the 4.0-seconds range would certainly be a safe bet. Fuel consumption is rated at 17L/100km.

For the visual updates, the 2013 G-Class comes with LED daytime running lights, new side mirrors, and a revised front grille featuring three tiers instead of the previous seven. A range of new alloy wheels are also on offer, including 20-inch items, and a mildly spruced up interior with various trimming updates.

The 2013 Mercedes-Benz G-Class range is set to go on sale internationally in June. We’ll keep you updated with official Australian market details when we hear more.

UPDATE: The new model will go on sale in Australia during the second quarter of 2013.