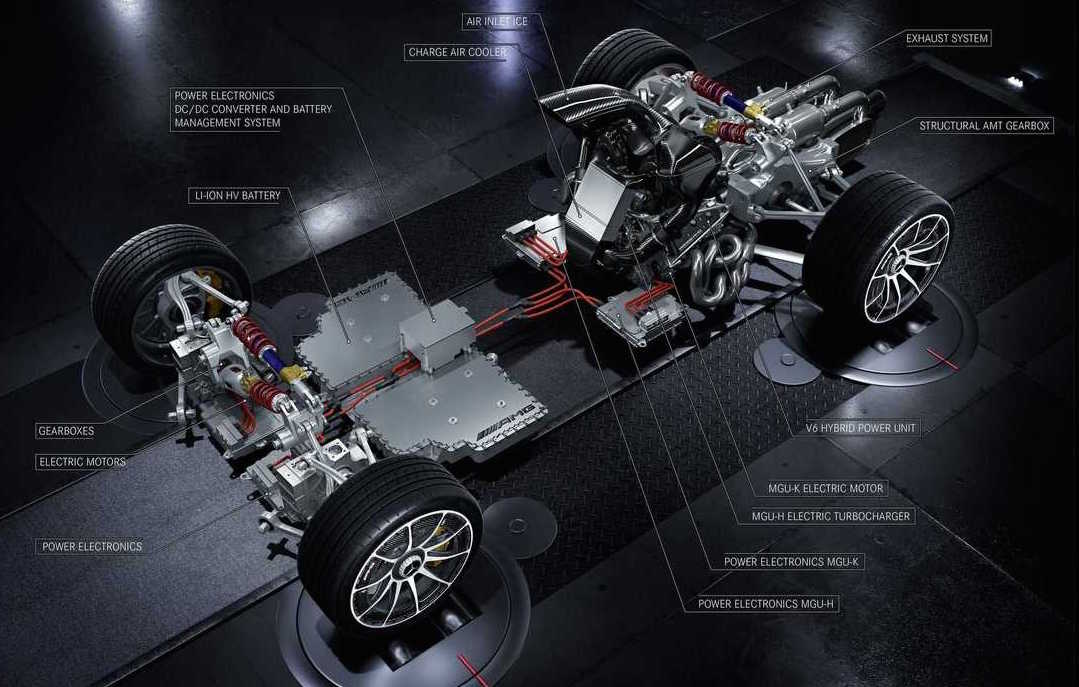 It’s been in the making for a little while now but here we see the first real teasers of the upcoming Mercedes-AMG hypercar, dubbed Project One. 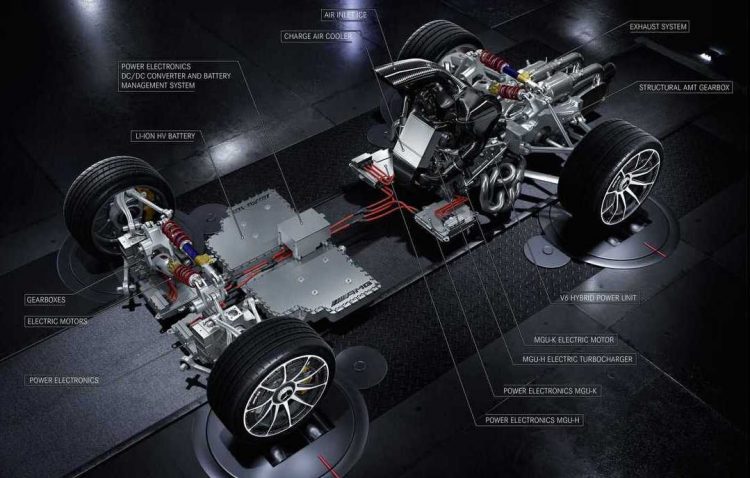 The German brand has shown off the epic car’s powertrain system, in the flesh, at the Nurburgring 24hr event which took place over the weekend. It shows the engine and complex electric components in full view. There’s also been some teasers on the company’s website.

So, what are we looking at here? It’s actually derived from the Mercedes F1 car of 2015, consisting of a 1.6-litre turbo V6 that can rev beyond 10,000rpm. Some of the more highly-strung features of the F1 engine will be watered down for the road car, such as the compression ratio and turbo boost pressure.

The turbo is set to include an electric anti-lag system though, and electric motors to power the front axle and the crank. These are expected to combine to produce at least 736kW (1000PS).

Like the McLaren P1 and Porsche 918 Spyder, the AMG Project One will be capable of driving on electric power alone. Specific details haven’t been confirmed but it’s understood the front motors will provide around 240kW, and a range of about 25km.

As you can see, the entire setup is simply exquisite. You can see the similarities with the F1 car layout, with a big carbon fibre snorkel sprouting out above the mid-mounted engine. There’s also complex pushrod-style suspension, a mouth-wateringly exotic exhaust, and flat-pack lithium-ion battery.

Just 275 examples are set to go into production, and all have apparently been spoken for. More details will be revealed over the next few months in the lead up to its big unveiling at the Frankfurt motor show in September.