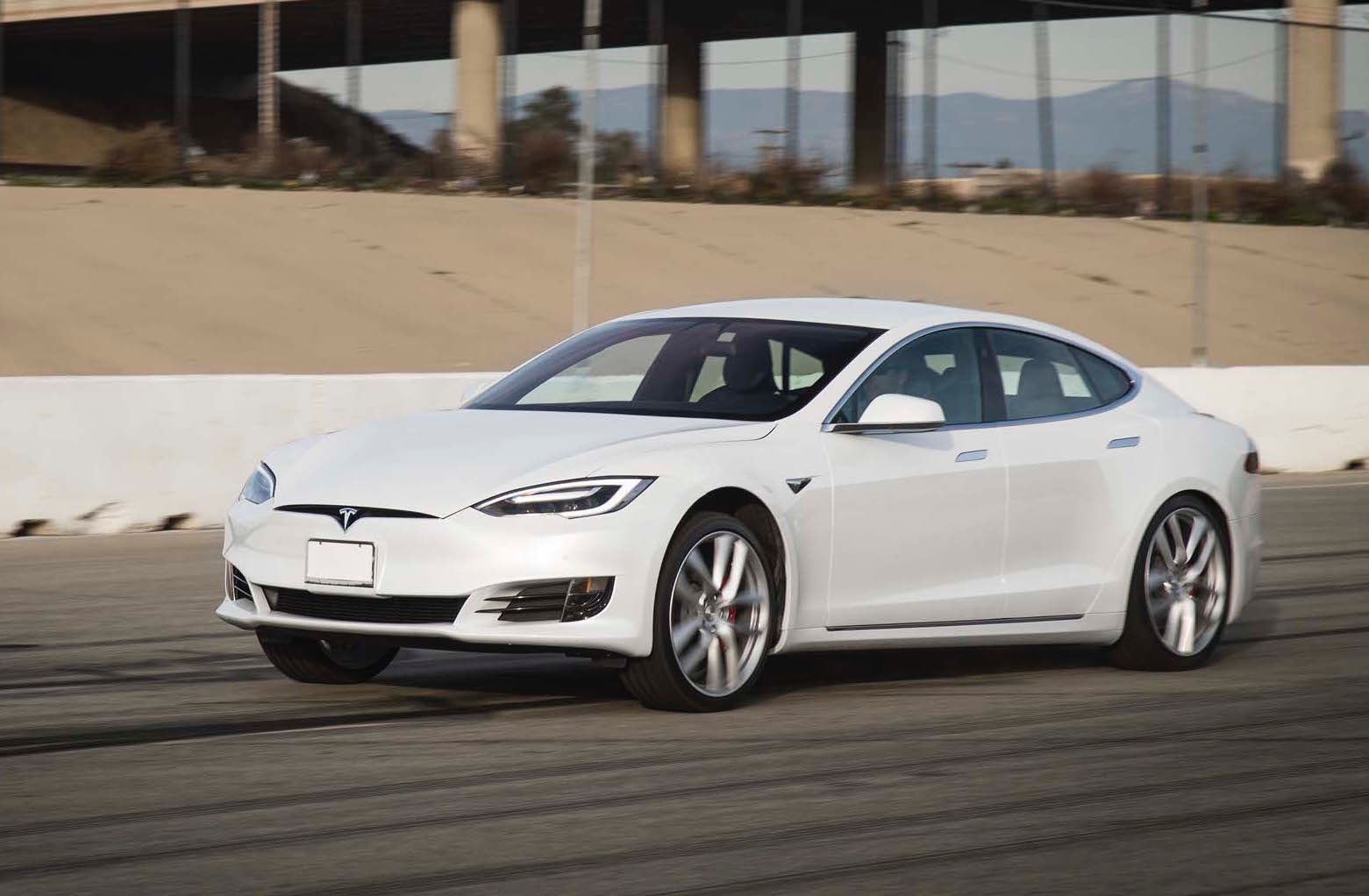 After a recent update, the Tesla Model S P100D has reset the record books once again, setting a mind-blowing 0-60mph time of just 2.2755 seconds. 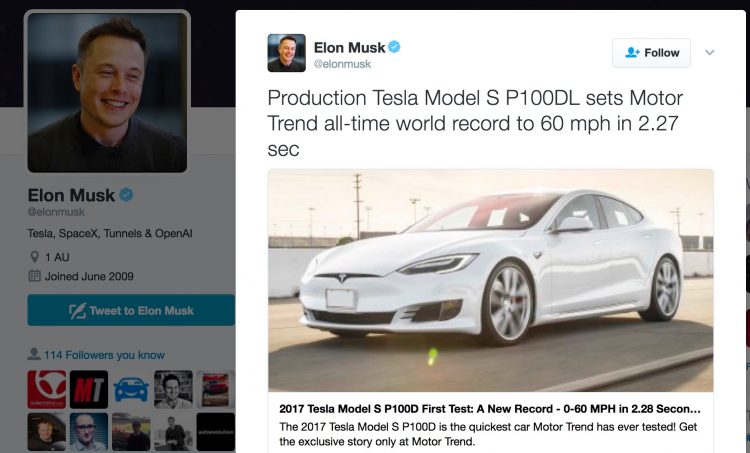 The time was laid down by Motor Trend, using its rollout timing format. But even though this format subtracts the first foot of travel, a time of 2.28 seconds is just incredible. According to the publication, the latest P100D can accelerate to 30, 40, 50, 60mph quicker than any production car it has ever tested.

Ever tested? Yep, this includes some truly exotic hypercars such as the LaFerrari, McLaren P1, and Porsche 918 Spyder. In fact, these are the next-closest production vehicles in terms of 0-60mph (97km/h) acceleration, with the 918 and LaFerrari recording a 2.4-second time. Tesla boss Elon Musk celebrated the news via his Twitter account.

Across the quarter mile the P100D put down an equally impressive time of 10.5 seconds at 201.25km/h. This, again, is a seriously quick time for a production car, let alone a practical four-door sedan, and double let-alone being a vehicle that doesn’t use any petrol at all.

We must point out Motor Trend achieved the time in ‘Ludicrous Plus’ Easter-egg mode, which provides maximum power and launch capability. The P100D uses a 100kWh lithium-ion battery and two electric motors (one for each axle), with a combined output of 680hp (507kW). It’s kerb weight is 2218kg.

As a result, the Model S is again the quickest-accelerating production sedan in the world. The P100D variant is available for order in Australia, with prices starting from about $209,800 with the Ludicrous Speed option (prices depend on incentives and location). 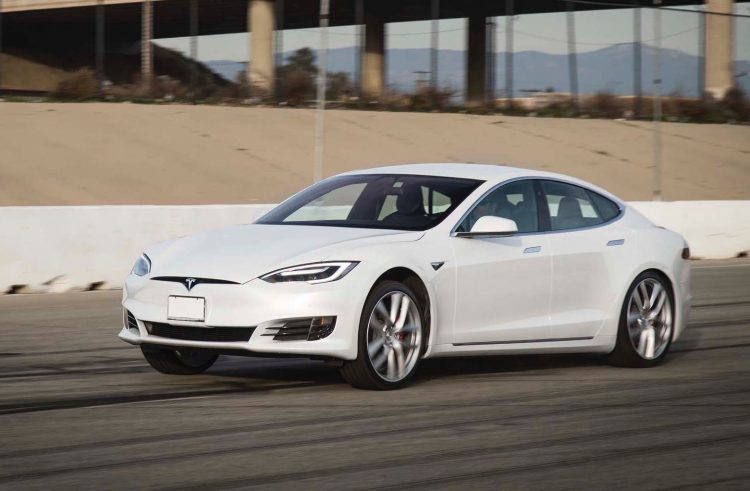