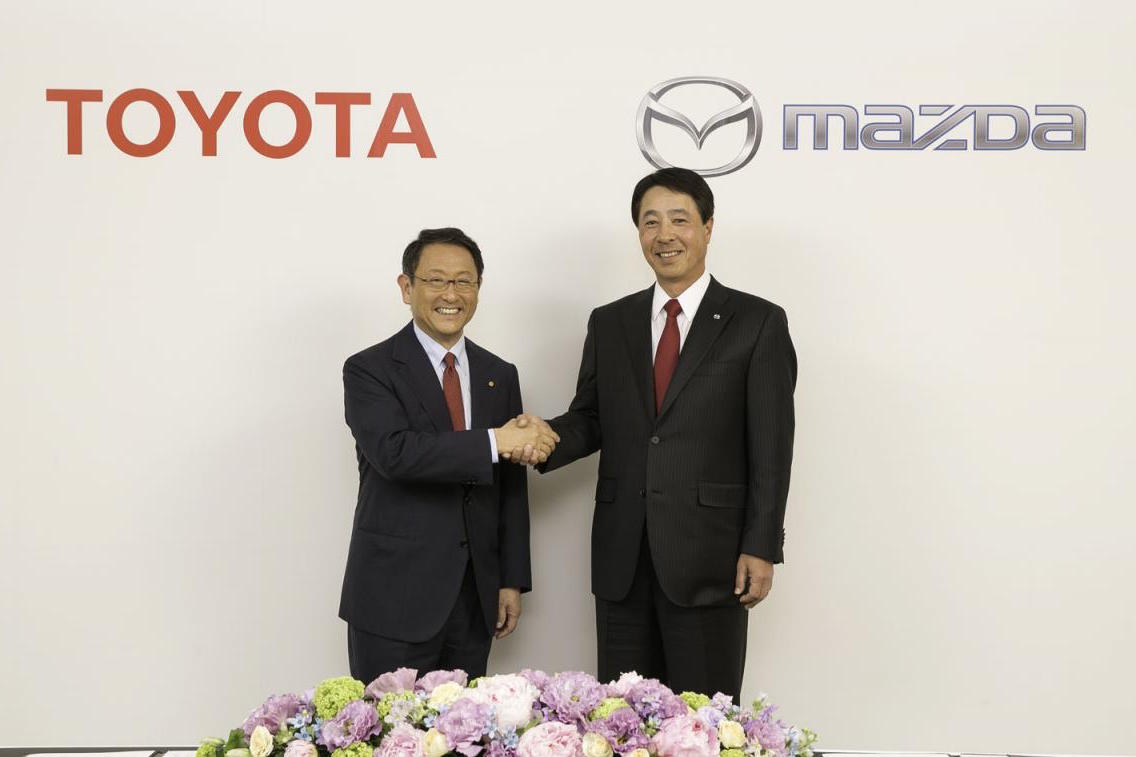 In one of the biggest automotive events in recent memory, manufacturing giants Toyota and Mazda have signed a “mutually beneficial long term partnership”. 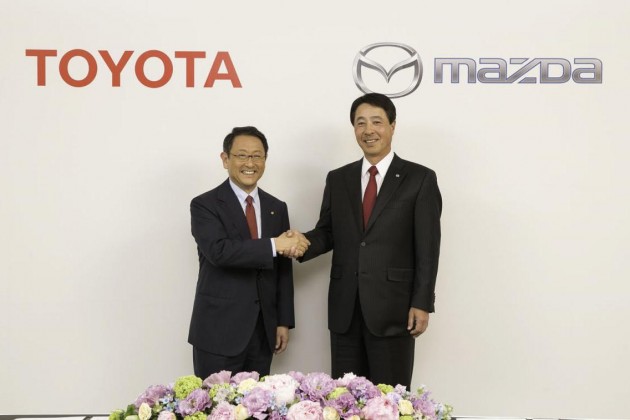 The two manufacturers have agreed to leverage research and development knowledge, as well as new technologies in the hope to compliment and enhance future vehicles from both brands.

While unconfirmed from the press event, it is rumoured that Toyota will share its fuel cell and hybrid technologies in exchange for Mazda’s SKYACTIV powertrains.

A joint committee is now to be established to oversee the agreement, and to ensure the collaboration will comprehensively improve both manufacturers future products. Toyota’s president Akio Toyoda said in a press conference:

“I am delighted that our two companies can share the same vision and work together to make cars better. I can think of nothing more wonderful than showing the world together that the next 100 years of cars will be just as fun as the first.”

Meanwhile Mazda president and CEO Masamichi Kogai was a bit more sentimental, saying that he has tremendous respect for Toyota’s dedication and ongoing innovation. He said,

“Mazda identifies with the way Toyota cherishes its roots and all of the communities it is involved in. It is no wonder they are held in great esteem in return. I hope that by working together to make cars better, we can raise the value of cars in the eyes of consumers while also enhancing the manufacturing capabilities of our home, Hiroshima, and all the communities we are involved in as well.”