One of the world’s most renowned Porsche tuners, TechArt, has released a number of unique front and rear spoiler packages for the 2012 991 Porsche 911. The spoilers offer various degrees of improved aero. 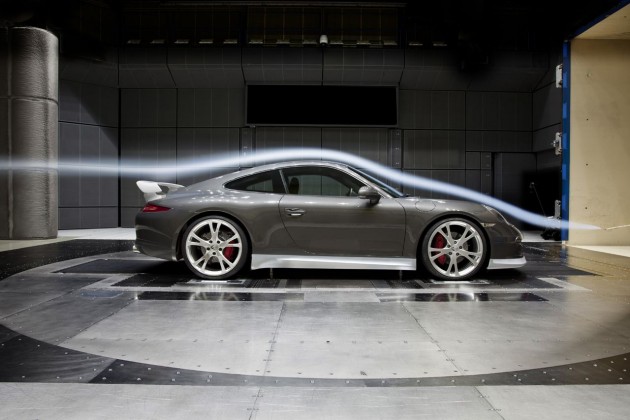 Starting with the most discreet setup, the front spoiler I package reduces front end lift by 5kg at 140km/h, improving front-end grip and stability for the already impeccable 911 handling characteristics.

Using the rear spoiler II, downforce at the same speed is 17.5kg, also improving grip and stability. At the 911’s top speed of 304km/h however, up to 76kg downforce is pressed onto the rear of the Porsche, further increasing stability.

All spoilers on offer have been developed under stringent aerodynamic test conditions to ensure the additions not only look the part, but are also fully functioning enhancements.

Techart has three new aero packages available, all suitable for the Carrera and Carrera S models. Take a browse through the images below to check them all out.