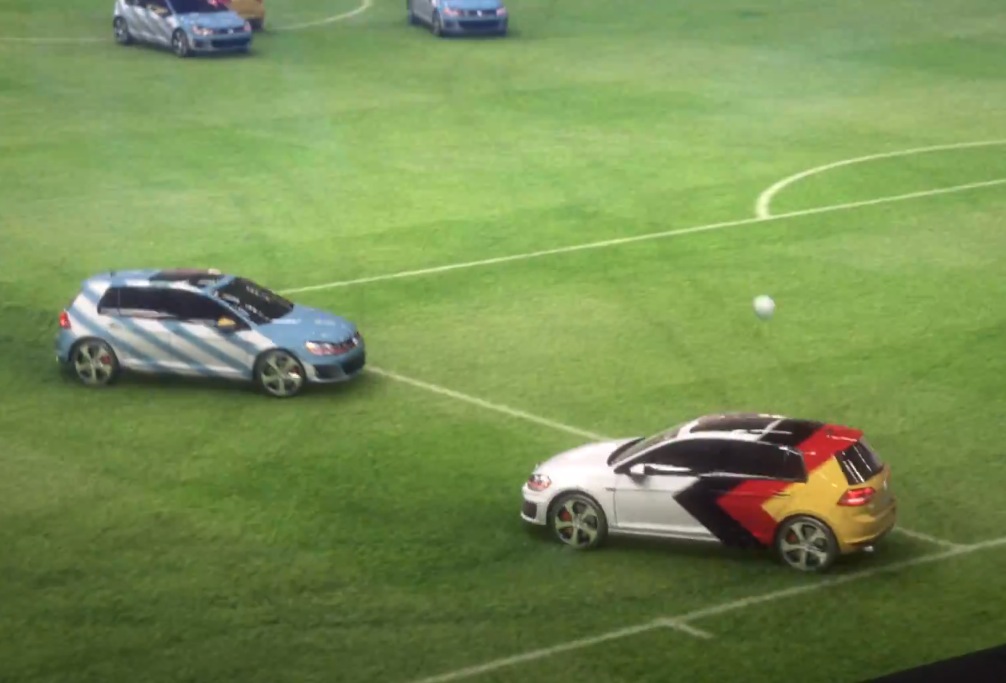 In the spirit of the 2014 World Cup, and winning in general, Volkswagen has put together a funny video which recreates the goal scored by the German team during the final against Argentina yesterday. The video used 22 Volkswagen Golf GTIs to recreate the goal kicked by Mario Gotze, which was the only one scored during the final. It took place in the second extra time session.