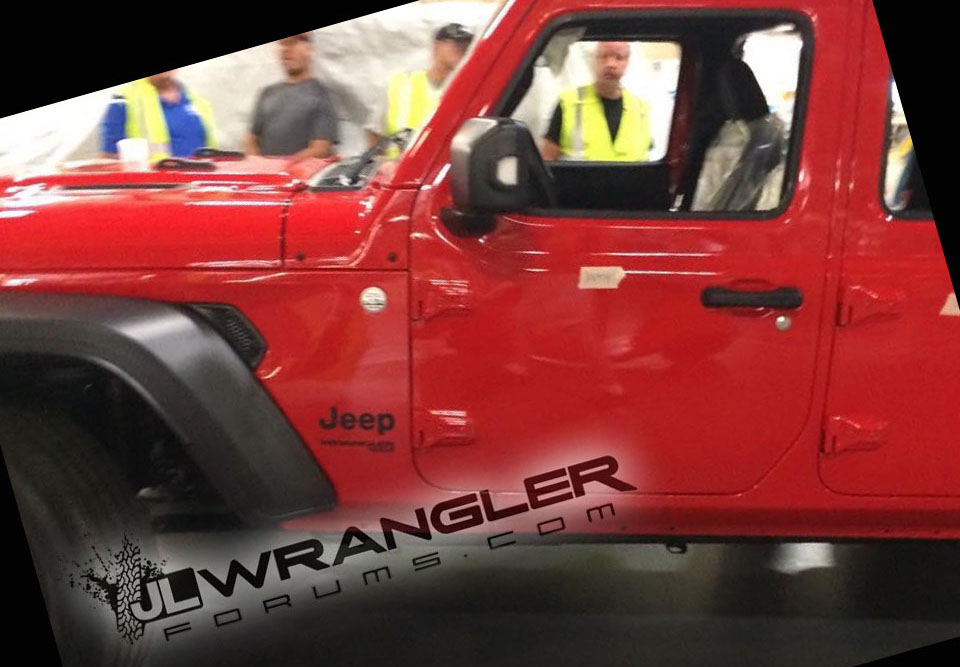 An image of the 2018 Jeep Wrangler has surfaced online, giving us a first real-life look at the door, front guard and bonnet design. 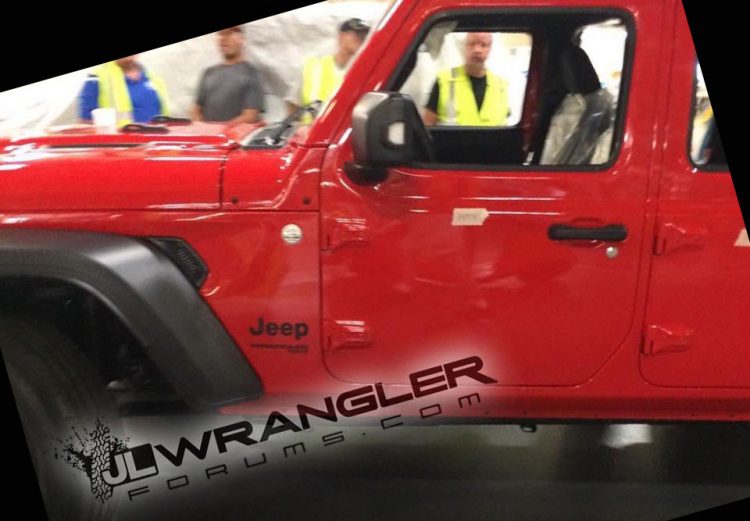 The image was posted on JL Wrangler Forums, and it confirms the new model will retain its boxy, utilitarian design. This example features big wheel arch extensions, in black, and a black roof.

A closer look also reveals the new Wrangler will come with a folding windscreen, at least as an option on removable roof versions. There’s also the traditional external door hinges, albeit redesigned, with some new door handles.

So, it looks like the new Wrangler will be more of an evolutionary design step rather than a drastic, revolutionary change. This will no doubt keep the purists happy, and off-road fans who enjoy the rugged nature of the iconic SUV.

No further details regarding the tech stuff have been confirmed at this stage. As far as we know the new model will be powered by a range of petrol and diesel engines, with speak of a 2.0-litre turbo-petrol coming in with around 200kW, along with a turbo-diesel V6. The Pentastar petrol V6 is likely to stay.

There’s also been talk of live axle suspension remaining, with a new Selec-Track all-wheel drive system with low range coming in. We can expect a number of terrain modes with this setup, like what is seen on the Grand Cherokee.

Given this example spotted here appears to be in production trim, we anticipate a full debut being just around the corner. Stay tuned.