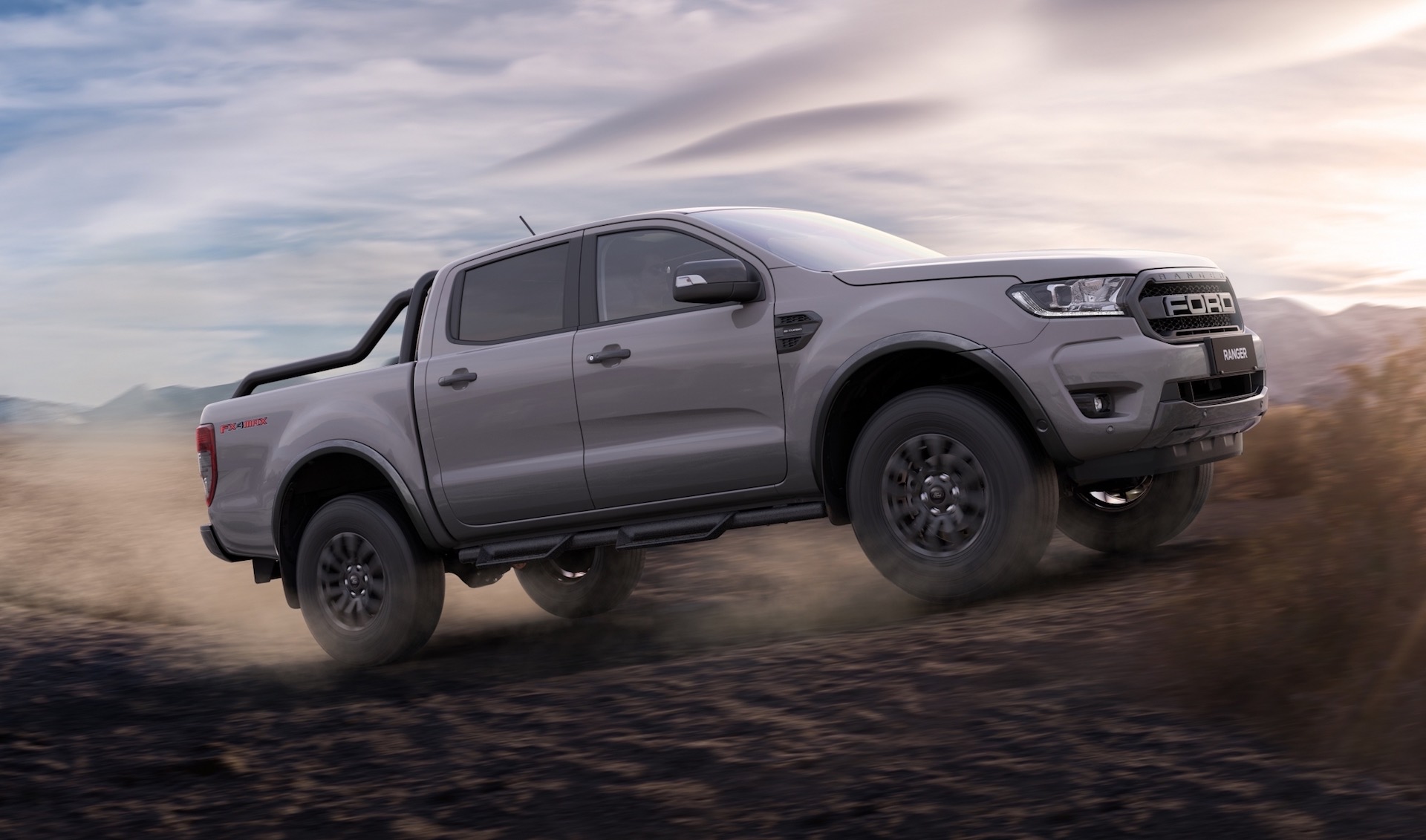 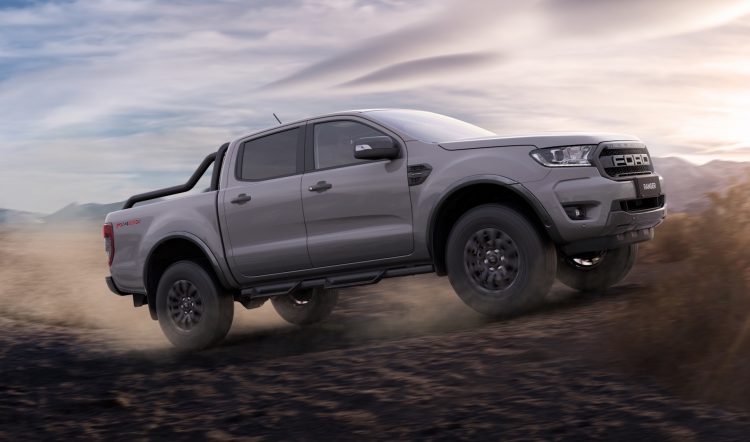 This is the first FX4 MAX offered, packed with a range of special enhancements to provide greater off-road capability. For example, the ground clearance is increased from 237mm on the XLT to an impressive 256mm. Some improvements are seen in the approach angle too, going from 29 degrees to 31, and the departure angle increases from 21 to 23 degrees.

So, what hardware changes are made? You might have noticed the special 17-inch alloy wheels. These wear 265/70 BF Goodrich All-Terrain K02 tyres (same as Raptor). They offer tougher sidewalls and help spread the track an extra 26mm. There’s also a matching full-size spare.

The suspension system has been overhauled and tuned in Australia, including testing at Ford’s You Yangs proving ground in Victoria. A set of 2.0-inch monotube FOX shock absorbers are fitted at the front and rear, with the rears featuring a remote reservoir. A set of retuned springs are also applied, and a 29mm stabiliser bar is fitted at the front. 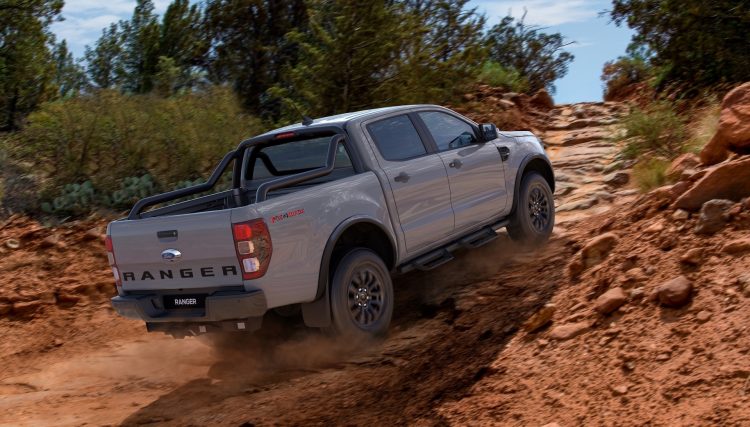 In terms of the exterior, the front receives the Ford Performance inspired chunky grille with FORD lettering, and there’s a dark grey surround. Dark grey is also used for the skid plate, side mirrors and door handles, wheel arch mouldings, and sections of the tray. A full-length tubular sports bar completes the look.

Buyers can choose from a unique range of body colours, including Conquer Grey which was previously reserved for the Raptor. Alabaster White is also offered, coming in as the first pearlescent colour for the Ranger (also available with the greater 2020-2021 update). Speaking about the new model, Andrew Birkic, president and CEO at Ford Australia and New Zealand, said:

“The Ranger FX4 MAX channels the Ranger Raptor with its unique look and stance, while bringing customers both work and play capability with its locally engineered suspension, chassis tuning and unique FOX Shocks. A factory-finished Ranger, FX4 MAX builds on the previous FX4 to deliver even greater off-road capability, yet adds its own distinctive style and genuine mechanical upgrades for a truly one-of-a-kind Ranger.”

The FX4 MAX is powered by the 2.0-litre twin-turbo four-cylinder diesel engine, producing 157kW and 500Nm. It comes matches to a 10-speed automatic. The FX4 also offers a full 3500kg braked towing capacity and 981kg payload.