If you’re after a super-cool car, a classic that will leave everybody in jaw-dropped amazement, it’s hard to walk past a Porsche 550 Spyder – even a replica version commands respect. The 550 is the car that James Dean famously crashed back in 1955, taking his life. 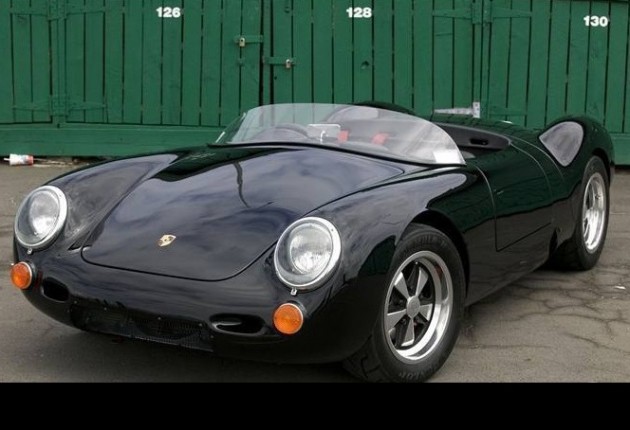 The example you see here is a custom McRae Porsche Spyder reproduction. The body and most of the panels and trimmings are reminiscent of the original lightweight sports car from the Fifties.

In the back, instead of original 80kW flat-four naturally aspirated engine, this version is fitted with a modern 2.0-litre quad-cam turbo unit taken from a Subaru Impreza WRX. It features a ball-bearing IHI turbocharger, 550cc injectors, J&E forged pistons, and dry-sump lubrication. 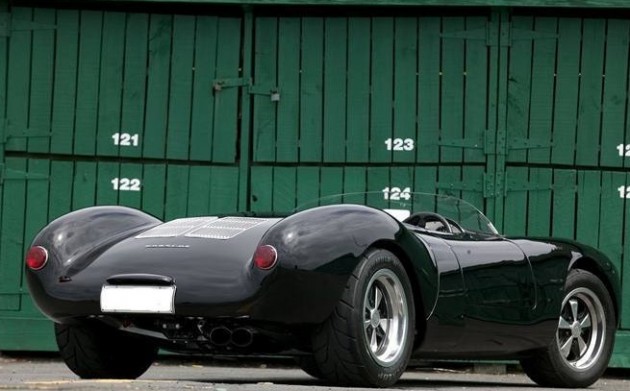 It also features an Autronic engine computer, a Subaru STI limited-slip differential, and an Exedy performance clutch. Overall, the package is rated at around 216kW. Keeping in mind this rather sexy roadster weighs just 550kg, it’s a power-to-weight ratio of just 2.6kg:1kW – almost twice as impressive as a Nissan GT-R.

Although it does seem kind of cruel to turn the Porsche into a cross-breed with Subaru, you have to admit this would be one extremely fun vehicle to drive around in. Imagine taking it to work everyday; Monday’s wouldn’t be so bad after all.

Unfortunately, the owner is asking a fairly steep price of NZ$159,000 (approximately AU$128,192). Head over to the original Trade Me advertisement for more details.