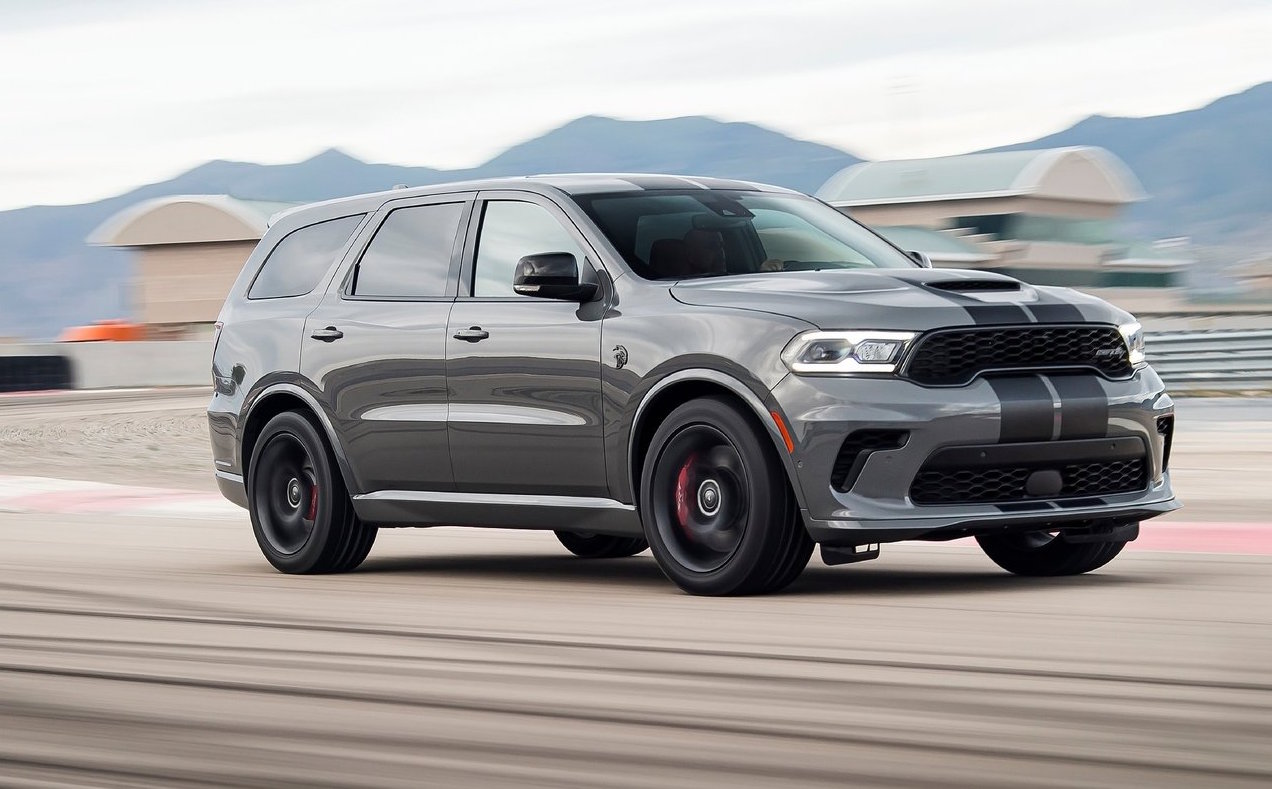 Say hello to the most powerful production SUV in the world. Yep, the 2021 Dodge Durango SRT Hellcat might look like a typical soccer-mum crossover, but in fact it has the beating heart of a demon. 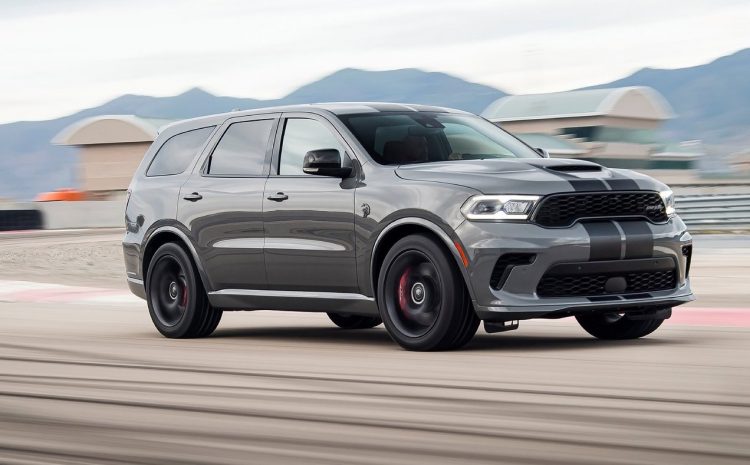 We’ll start with the important stuff. Under the vented bonnet is a 6.2-litre supercharged V8 that belts out a whopping 530kW (710hp) and 875Nm. According to Dodge, this makes it the “most powerful SUV ever” – specifically, the most powerful production SUV. It’s quick, too. Across the 0-60mph (97km/h) sprint the clock stops in a claimed 3.5 seconds, with the quarter mile coming up in 11.5 seconds.

The engine uses a 2.38L supercharger running at 11.6psi, pressurising the cast-iron block and forged crankshaft during combustion. You might notice the large air intake at the front. That feeds the 92mm throttle body. Two high-flow fuel pumps running at variable pressure are also used, and the 2021 model now features a revised exhaust system that welcomes a 260mm crossover X-pipe.

Being an SRT though it’s not just about straight-line speed – although that is definitely a strong trait. The 2021 model comes with updated suspension. The rear damper top mounts are 18 per cent stiffer, and the rebound setting is increased 20 per cent. Dodge also says the SUV is more comfortable in Auto driving mode, yet provides better handling in Track mode. Understeer is reduced by 2.5 per cent and the roll gradient is improved by 5.0 per cent. 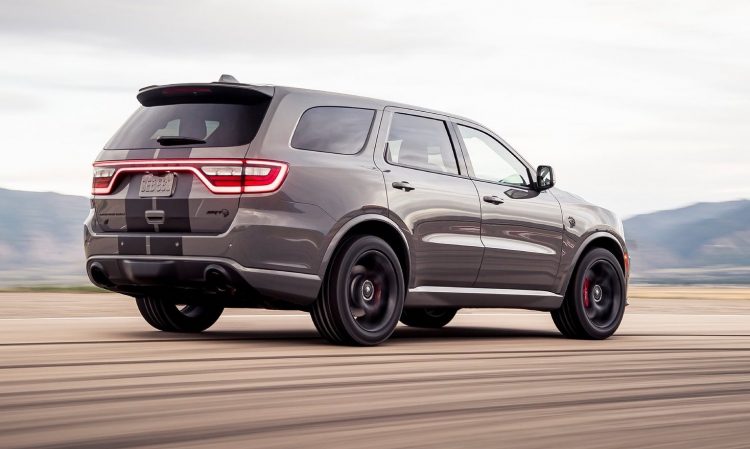 Making sure the big beast pulls up as well as it takes off is a Brembo braking package. It consists of six-piston front and four-piston rear calipers, clamping 400mm front and 350mm rear vented discs. Dodge says an emergency stop from 60mph (97km/h) requires just 35.35 metres.

As for the styling of the SUV, Dodge has applied an aggressive aero kit and updated trimmings. There’s a low chin spoiler at the front, new ducting in the front bumper bar, new-look LED headlights, side skirts, and a bespoke rear spoiler for the tailgate. Overall, the company says the package provides a 400 per cent increase in downforce. At 290km/h, for example, the body provides 64kg of downforce. 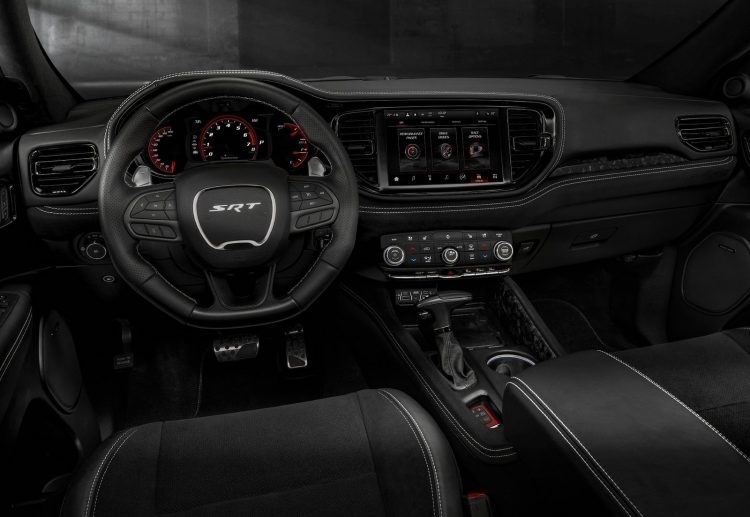 The interior has been updated with FCA’s latest 10.1-inch ‘Uconnect 5’ touch-screen media interface, which is where you’ll find all of the on-board driving apps and performance menus. There’s also relocated seat memory switches positioned on the upper door card, contrast stitching for the instrument cluster hood, and a flat-bottom steering wheel for the driver.

Buyers can select between a range of colours and interior trim options, with carbon fibre highlights, and Nappa leather and suede for the sports seats. The SRT Hellcat comes standard with red-accented gauges and special backlighting for the SRT logo on the steering wheel.

Thanks to updates brought in with the MY2021 lineup, Dodge can now be categorised as the only mainstream car manufacturer in the world that offers a 700hp-plus engine for all models in its showroom – how cool is that? The 2021 Durango goes on sale during the northern summer, with order books for the SRT Hellcat opening during the third quarter.