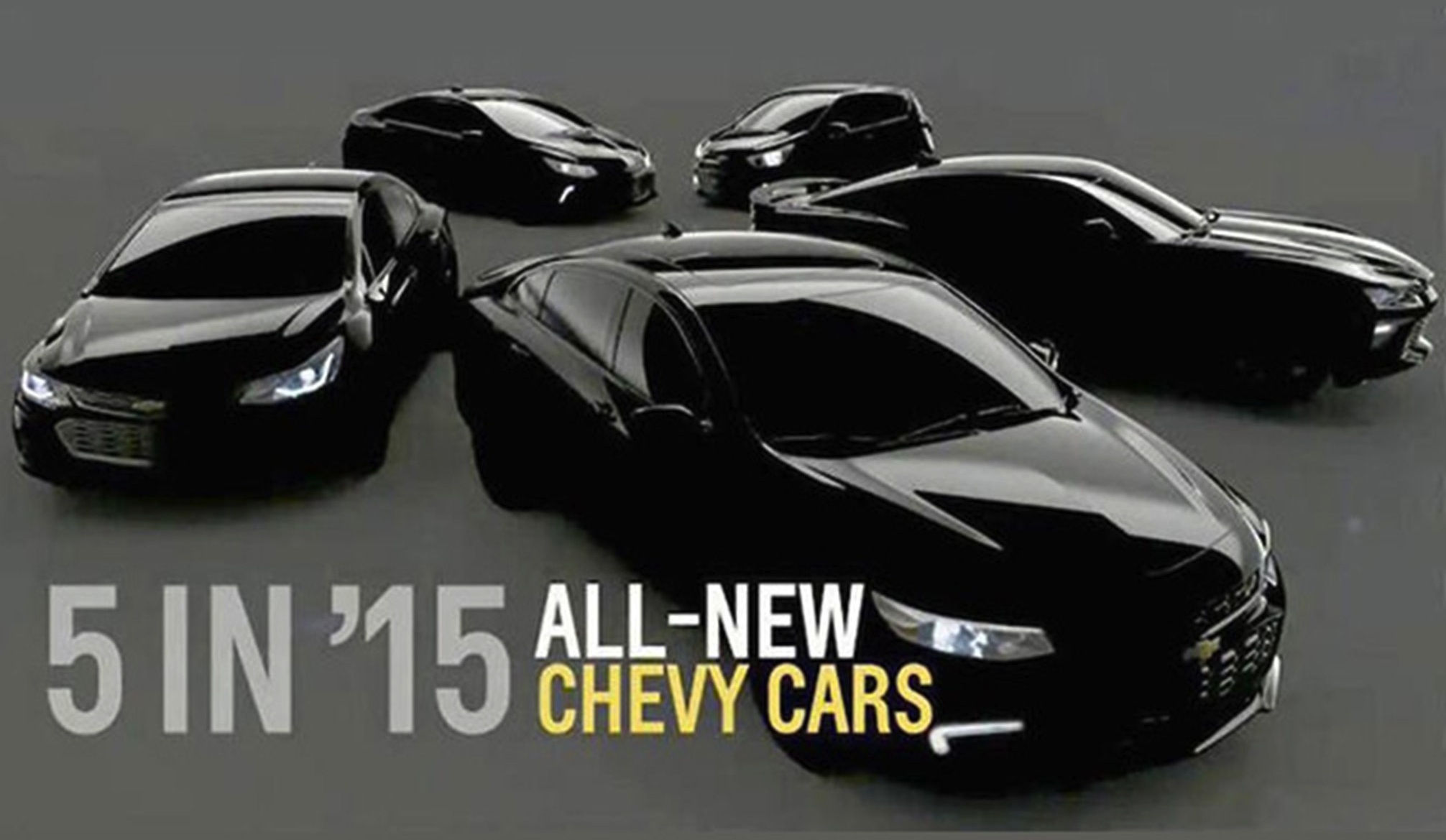 An intriguing preview image from Chevrolet has been leaked online, giving us a glimpse of five new models that are coming this year. In the mix appears to be the new Malibu, the new Camaro, and the new Spark as previewed earlier today. 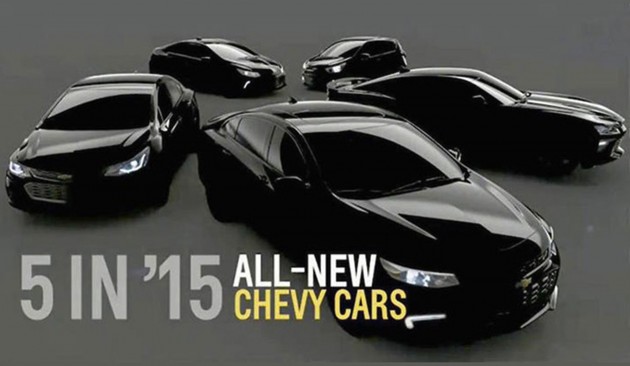 The interesting thing about this image is that it might also give us some insight into Holden’s potential future showroom. The new Malibu is very likely to be introduced in Australia, possibly even replacing the Commodore after 2017, while the Camaro might also be on the cards.

GM is going to need to provide Australian buyers with a competitive option to oppose the Ford Mustang, especially when HSV no lounger offers high-performance versions of the Commodore. By the looks of the image above, the new Camaro is going for a much sharper look, with a more pronounced upper grille area and angular headlights.

As for the Malibu, likely the star of the image sitting front and centre, it looks like it will take on a more rounded shape. The headlights appear to wrap further around into the front guards, while the twin-grille layout at the front is quite evident.

The vehicle off to the left could also fit the description of the Malibu, but it looks like a smallish sedan possibly resembling the next Cruze. At the far left is the new Volt, which was revealed at the Detroit show earlier this year.

Chevrolet will officially reveal the new Spark and Malibu at the New York Auto Show starting on April 2. The new Camaro isn’t likely to appear until later in the year, although it is expected to showcase new engines including a possible new four-cylinder and high-powered V8 – it could be worth the wait.