We always love crazy conversions and wacky ideas here at PD, and this Subaru Impreza WRX V10 BMW M5-powered creation is a fine example. Yes, a 5.0-litre V10 rear-wheel drive Subaru Impreza WRX. A debut drifting video of it was recently posted up on YouTube. 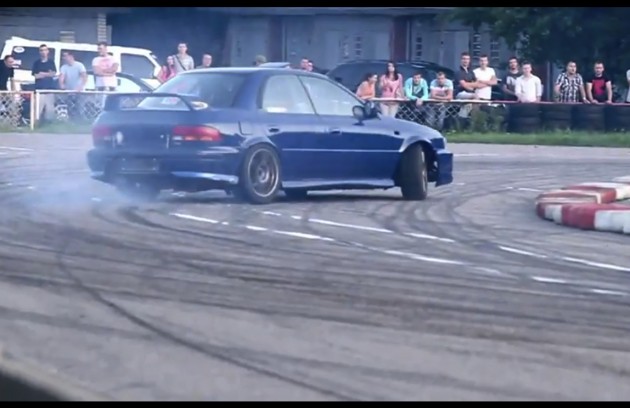 It’s doesn’t take a second guess to recognise that howling, almost symbolic BMW M sound, especially high up in the rev range when it becomes a full-on singing V10. With smoke pouring from the rear treads and opposite lock at its maximum, things don’t get much better.

According to the owner, the V10 Subaru Impreza wasn’t running properly or providing full power during the track drive below, and that this was one of the V10 Impreza’s first outings. It looks pretty sweet to us.

As the images below outline, this kind of conversion isn’t a matter of pulling out the old EJ20 and plonking in the BMW M5 V10. There’s extensive firewall, engine mount and rear differential housing fabrication work that was needed for the swap.

Click play on the video below and tell us what you think.