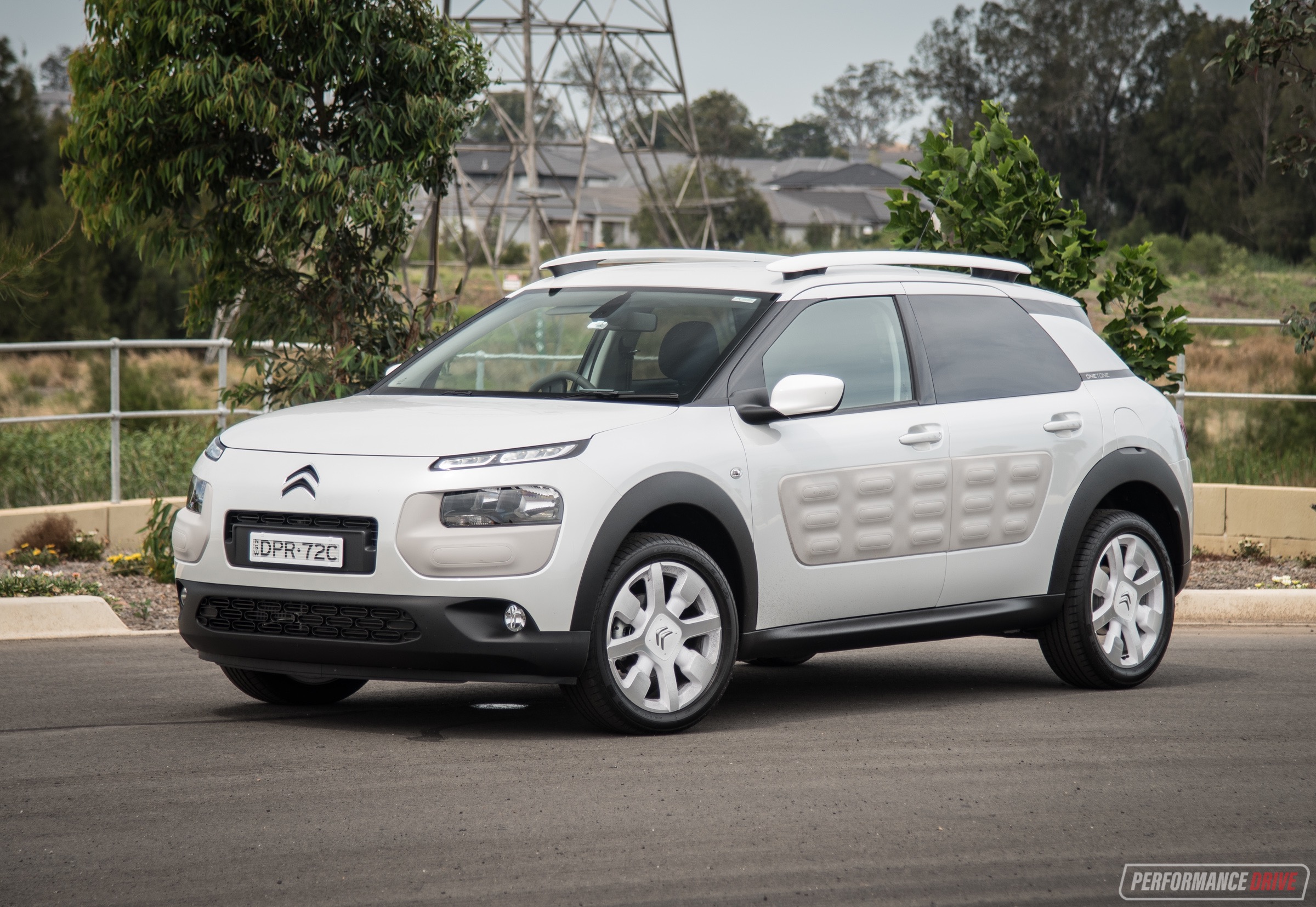 If you’re after an interesting new small SUV, the Citroen C4 Cactus should definitely fit the bill. Its unique design will keep you entertained for years to come. But does it go further than quirky character? 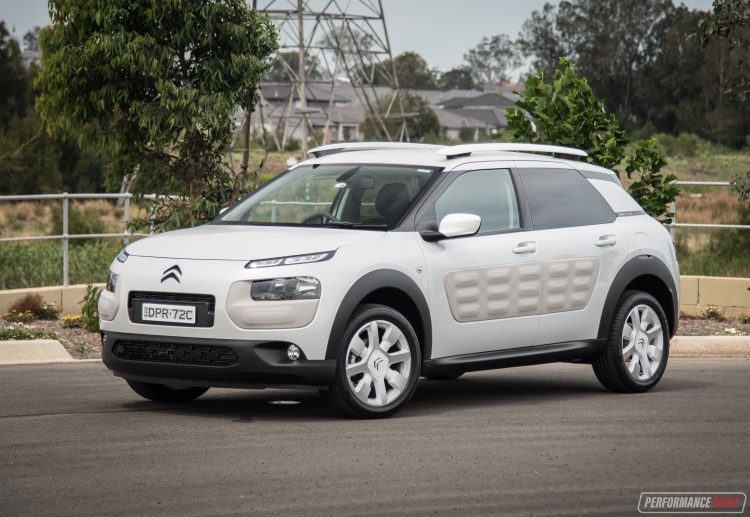 For 2017, Citroen has refreshed the C4 Cactus lineup by introducing a new automatic transmission option for the petrol model (known as the EAT6). The diesel version, which came exclusively with an odd semi-automatic transmission, has been removed from the range. So now with a conventional six-speed automatic, the Cactus should be more appealing to a wider audience.

As a bonus, Citroen has also launched a special OneTone edition (as tested here), which sees the weird ‘Airbumps’ on the side colour-coded to the body for less contrast. Citroen has revealed the new C4 Cactus, which features a redesigned body and much smaller Airbumps, but it isn’t set to go on sale in Australia until much later in the year.

Prices remain quite economical, starting from $27,490 for the manual and $30,190 for the auto (as tested). If you’re not fussed by the OneTone edition you can jump into the regular Cactus manual from $26,990. (All excluding on-road costs). 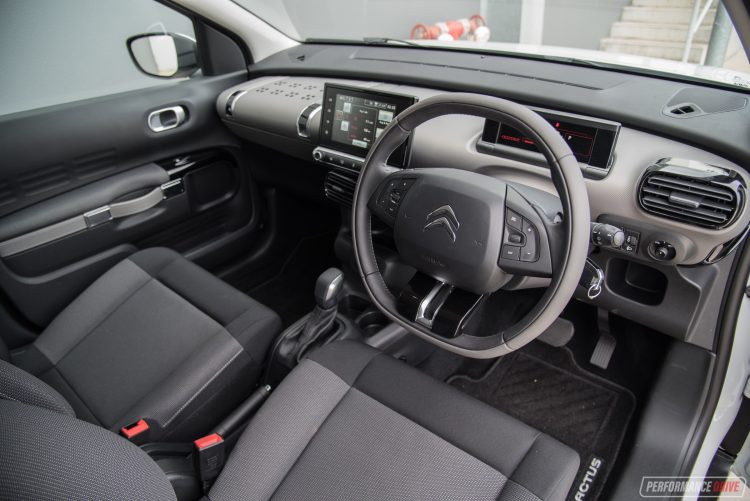 When it comes to interesting design and character, Citroen interiors are among the most inspiring, especially at this price level. The Cactus cabin is one of our favourites. Sure, sometimes French cars are designed to be different just for the sake of being different. This often results in impractical layouts and awkward functionality.

The C4 Cactus is different, but to good effect. It is genuinely refreshing. The seats look and feel like they come from Freedom Furniture’s latest outdoor collection, with wide and soft cushioning and cool tones. There’s a range of interior colours and materials to choose from as well, adding versatility to suit your taste.

Cabin space is open and airy, with a neat flip-down arm rest for the front opening up more room if needed. In a typical French car way, there is a lack of cup holders. In fact, there’s just one. And it’s about 2cm deep and has the circumference of a 50-cent coin. This means it’ll hold a short black and that’s about it. Not to worry though as the door pockets are huge – check out the massive ones in the rear doors. The unusual up-opening glove box doubles as a handy flat shelf as well complete with rubber grip studs. 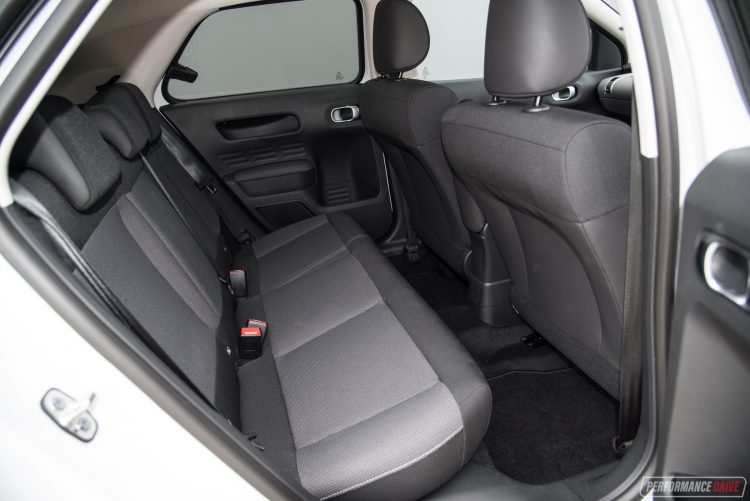 Rear seat space is quite good for the small SUV class, with more legroom than a Mazda CX-3, for example, and a lot more width for shoulder space. Unfortunately there are no climate vents in the back of the centre console, and no power outlets in sight, but there is a deep door pull pocket in the door trim. There’s also old-school pop-out windows for the rear passengers, adding safety for those hauling around kids.

Cargo space is rated at 358 litres, or up to 1170L with the rear seats folded down. The rear seats don’t fold completely flat which means there is a step, making it difficult to slide large items in. But the boot floor is quite low and helps to provide decent height for bulky items. 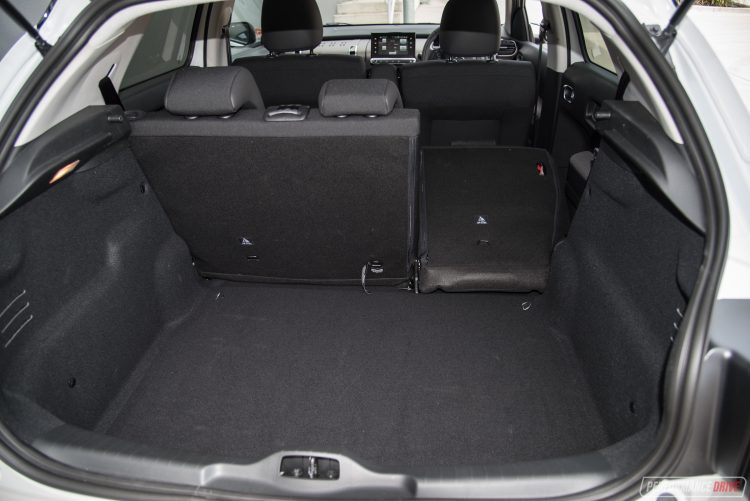 You might not think this car is fun to drive, just looking at it. But, believe us, it is a lot of fun. Starting with the spirited little engine. It’s a buzzy 1.2-litre turbocharged three-cylinder unit that kind of sounds like a Bugatti Veyron, if you squint your ears. It thrums and skips along like an excited puppy, and has real character in the way it delivers power.

Peak power of 81kW comes in at 5500rpm, and peak torque of 205Nm is available from just 1500rpm. These figures aren’t going to raise any eyebrows, but when you consider this succulent weighs just 1023kg, the power-to-weight ratio is pretty good. There’s an impressive amount of torque for pulling up long steep hills, and the more you rev it the more fun it becomes. It’s like you’re experiencing motorised propulsion for the very first time, bringing you back to the basics of motoring.

With such a low weight means the little engine doesn’t have to work all that hard to get things going. And in fact it doesn’t have any trouble using the higher gears. For example, it’ll remain in third around right-angle corners and happily gallop through. Surprisingly, the low- to mid-range grunt is the best part about the engine – not something we were expecting to say about a 1.2L. This effortlessness helps with economy. The official average consumption is stamped at 5.1L/100km, and we averaged around 6.8L/100km. Although, we think you could get a lower real-world figure quite easily after extended use. 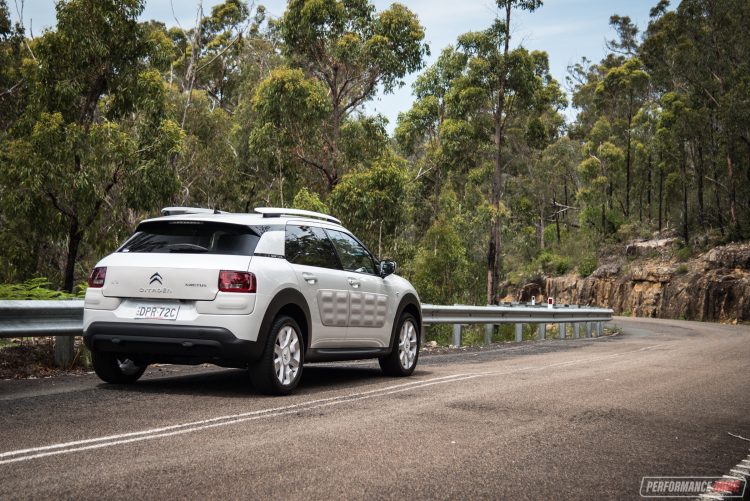 There is an ‘S’ driving mode which holds gears for longer and allows the engine to rev higher. This mode also changes down gears sooner. So, in the corner scenario mentioned above, here it’ll change down to second and allow you to sprint up to speed. Flat out, we timed the 0-100km/h dash in a respectable 10.55 seconds, which is about 0.3 seconds slower than the manual version we tested in 2016.

Citroen prides itself on ride comfort. In the Cactus, the ride is as soft and supple as you’ll ever experience in the small SUV segment. Over those sharp new-age speed bumps, the ride is cushioned beautifully. The ride is particularly appealing in the city where poor roads are frequently, and often suddenly, encountered.

In terms of the handling, the soft ride doesn’t exactly provide a taut and focused experience. It’ll go around corners fast, but it’ll make sure you know you’re going fast. This can be seen as a fun thing – as it did for us. We love driving this along country roads and in the mountains. The way it cheerfully scoots around really does put a smile on your face.

Let’s face it, if you’re in the market for a small SUV, chances are, you’re not looking to break lap records. So why even bother with super-agile handling and stiff rides? What Citroen has done here is instead of making it pin-sharp in the corners, it’s simply made it fun. There’s a bit of body roll and a bit of pitch under braking, and you pretty much have to hang on as the wide seats don’t provide much lateral bracing. But what this does is make you laugh. Really, we enjoy driving the Cactus so much we want to buy one. 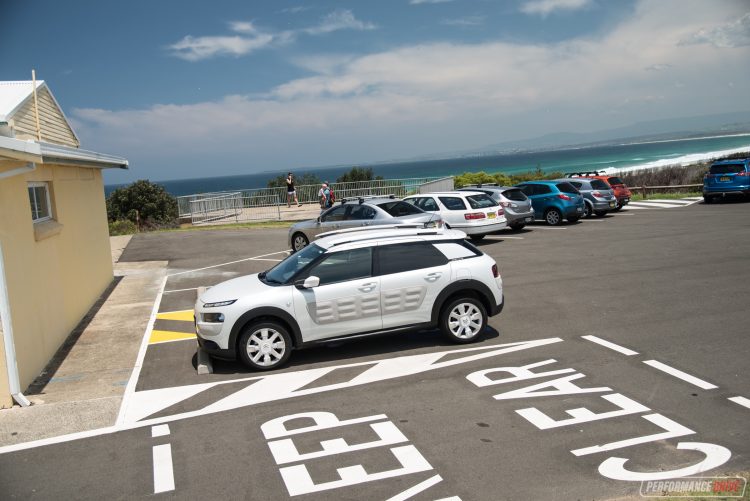 Citroen is often a hit-and-miss carmaker. A lot of the time it creates unique and quite innovative cars that don’t really work for the majority of the buying public. But every now and then all the madness and creativity merges together to produce a cracker of a product. The C4 Cactus is one of those occasions where it has got it right.

It is different, but not just for the sake of being different. It has real character and charm, and we find it very refreshing in a segment of somewhat boring and conventional propositions. The new automatic is a nice evolution and obviously a decision that was driven by customer feedback, so we must commend Citroen for listening. As we said at the start, if you’re after an interesting little SUV, the C4 Cactus is definitely one you should consider.