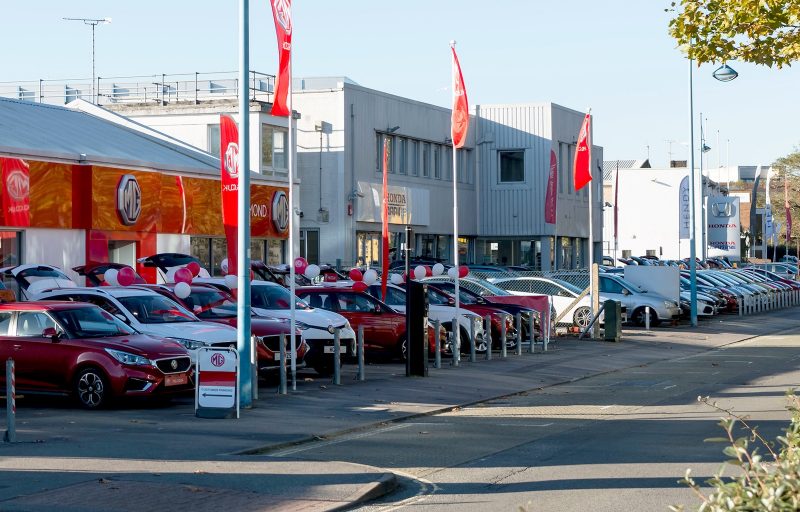 Australian vehicle sales through May, according to VFACTS new vehicle registration figures released last week, show some interesting trends as consumers battle through the peak of the COVID-19 storm. The coronavirus pandemic obviously adds salt to the wound. So far this year (through May) there has been 332,181 sales, which is down 23.9 per cent compared with the first five months of last year (YTD). However, things are looking better. During April there were just 38,926 sales during the month alone (down 48.5 per cent from April 2019) compared with 59,894 sales during May (down 35.3 per cent from May 2019). For reference, there were 92,561 sales reported in the month of May last year.

So, what brands seem to be coping the best through these tough times? Or, more accurately, what are the top three brands consumers seem most willing to make purchases from during these times? An easy way to see this is by simply looking at the YTD percentages, particularly in comparison to that 23.9 industry-wide decline for the first five months.

Without excluding any brand, even those niche brands that you may not have heard of (51 passenger car brands all up), Haval is the clear leader in this specific analysis. While almost all manufacturers are reporting negative numbers, it has seen a 96.7 per cent increase in sales across YTD. And it’s not like the company recently introduced a heap of brand new models.

Next up on the brands list is MG. Interestingly, this is also a budget-focused manufacturer based in China, like Haval. Its YTD figure is up as well, by 62.5 per cent. The best-selling MG so far this year is the MG3, with sales rising 92.9 per cent YTD. Figures show MG has been selling four different models throughout this year; the HS, MG3, ZS, and GS. However, the GS has only made one sale against 151 during the same five-month period in 2019. The ZS has been around for a few years now, but the HS is a brand new model (above), with no sales in 2019 but 801 on the board so far this year. It’s the MG3 that has made the biggest impact, with 2270 sales YTD compared with 1177 units in the same period in 2019. Again, this model isn’t anything new – the current shape has been around since 2018. It’s pitched as a rival to vehicles like the Toyota Yaris and Mazda2, with prices currently starting from $16,490.

Interestingly, this isn’t the most affordable car in the class. The 2020 Suzuki Baleno starts from $15,990, and even the Honda City VTi retails from the same $16,490 starting price as the MG3. But, strangely, YTD figures for the Honda are down 73.5 per cent. However, figures for the Baleno are up an impressive 165.7 per cent (could be helped by the recent arrival of a model update).

Rounding out the top three performing brands is RAM. Its YTD figure is up 31.3 per cent, with 333 sales in the month of May compared with 234 in May last year. So far this year the company has stamped 1123 new models onto the roads. What can we learn from all of this? Well, the majority of buyers have clearly been cautious in making new vehicle purchases over the last few months, understandably. The cheap-and-cheerful Chinese brands were already on an upward trend before coronavirus came along, but it’s impossible not to see the massive uplift during these times. RAM, however, has already been kicking goals and production (local re-manufacturing to right-hand drive) has been ramping up to fulfil demand.

It all makes sense, with thousands of people losing their jobs and many more looking for ways to tighten their budgets, budget cars were probably always going to do best in such conditions. Figures released by the Australian Bureau of Statistics yesterday also show that fixed-term personal finance loans dropped 24.8 per cent in April, with a 37.8 per cent drop in the value of loan commitments for road vehicles.

The market is starting to show signs of recovery, though. For online car broker, Georgie, new car settlements have drastically picked up in the first week of June. Georgie is a sister company of PerformanceDrive and service provider for Kogan Cars, and Australian website and YouTube channel, AutoExpert. The car buying company says settlements were low in May but the pickup during the start of June is very noticeable and higher than pre-coronavirus months.

Firstmac Limited, Australia’s largest non-bank lender (and new owners of Georgie/PerformanceDrive), said that it took in 1051 car loan applications in May, which was a record for the company and its core Firstmac and loans.com.au brands. This was up considerably on 721 applications in March and 657 in April. But now let’s make things a bit more interesting and see what car brands have been suffering the most during this period. Looking at the same VFACTS figures for May, it’s not what you might think. The top three worst-performers weren’t made up for exotic supercar brands. In fact, Porsche sales are down only 7.0 per cent YTD, firmly ahead of the 23.9 per cent industry downturn, while Ferrari sales are down just 2.9 per cent.

For this part we will apply special exclusions for two niche brands, mainly because these have sold fewer than 5 cars so far this year; Alpine: 1 sale YTD (down 92.3%), and Morgan: 3 sales YTD (down 62.5%).

Coming in as the third-biggest YTD sales drop for a mainstream brand is Jaguar. It has sold 615 vehicles so far this year, down 40.1 per cent on the 1027 sales it made during the same five-month period last year. Sales for the month of May specifically are down 32.9 per cent, reporting just 110 sales against 164 last May. Based on feedback from finance and car buying channels, existing VFACTS figures, and other research, we’re expecting new car sales to rise higher in June. We aren’t expecting the numbers to return to sales figures of June last year, where there were 117,817 new vehicle registrations in the month alone. However, the fast-approaching end to the current financial year is likely to see a last-minute upward tick. Easing fears and restrictions associated with COVID-19 are also set to help.

See below for the overall sales numbers of the 51 brands, and how they have shaped up for the first five months of this year.