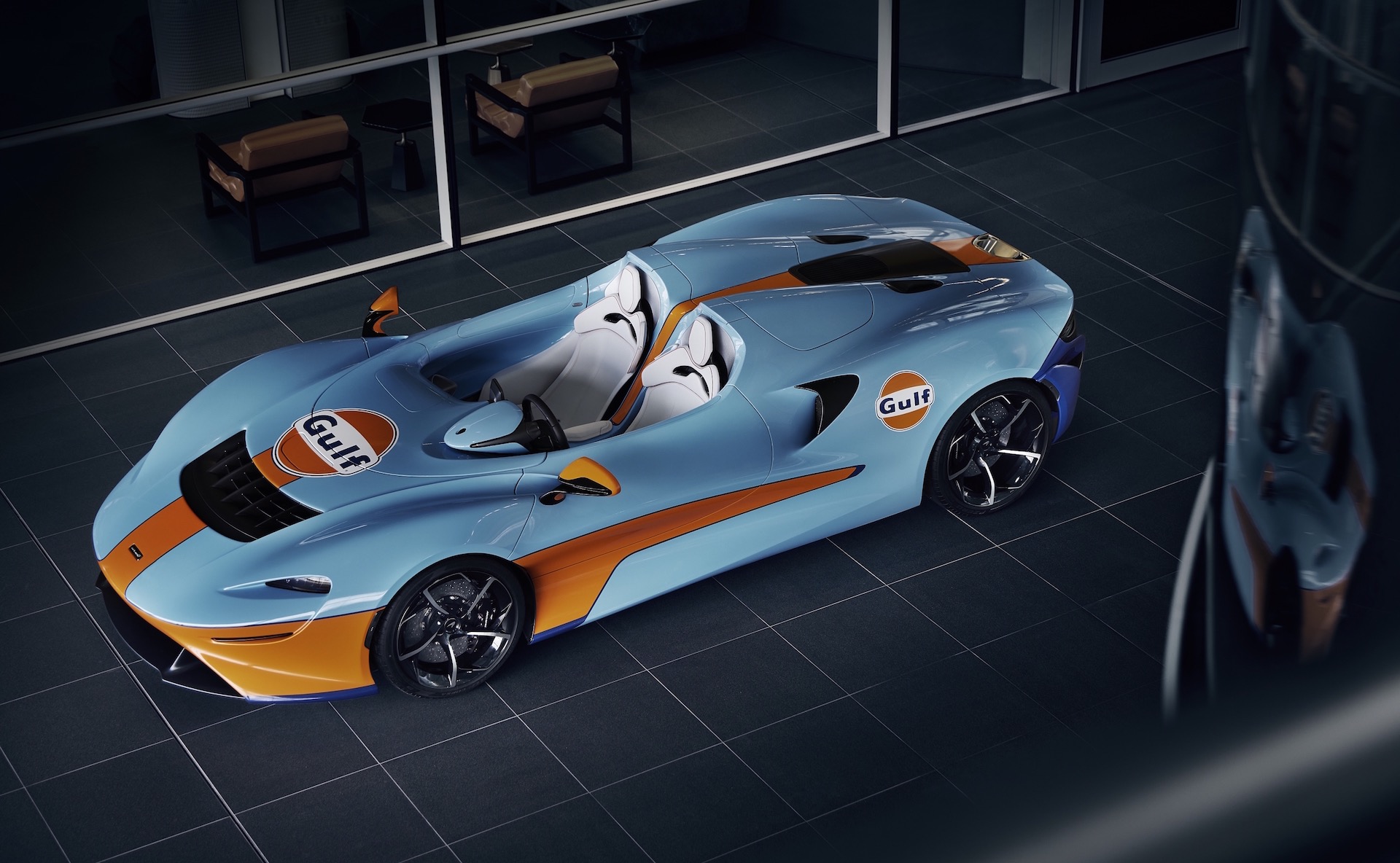 The McLaren Special Operations (MSO) department has created a very special version of its exclusive Elva supercar, applying the iconic Gulf Racing livery and colour scheme. The special creation was unveiled at the Goodwood SpeedWeek live stream event over the weekend, and is a celebration of a renewed relationship between the exotic supercar maker and legendary Gulf Oil brand. 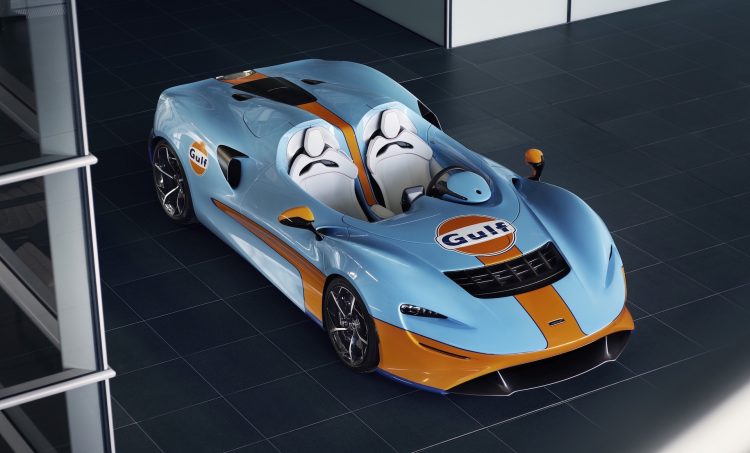 Thanks to the renewed relationship, which first began in the 1960s between the two brands, today’s customers have the opportunity to commission special Gulf-themed packages for their vehicles. And that’s exactly what this Elva demonstrates. McLaren’s MSO managing director, Ansar Ali, said:

“The McLaren Elva Gulf Theme by MSO is a striking celebration of both McLaren’s history in sports car racing and our new partnership with Gulf Oil. McLaren Special Operations is committed to pushing the boundaries of the ‘art of the possible’ and projects like this showcase the increasingly extensive range of personalisation options we can offer customers – in this case, enhancing the authenticity of the livery by incorporating Gulf brand logos into the design.” 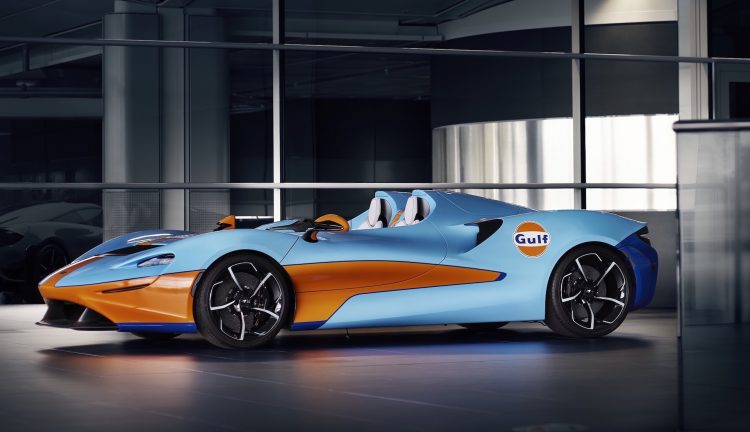 As revealed in 2019, the Elva is a super-exclusive supercar that sits in McLaren’s Ultimate Series range, alongside things like the P1, Speedtail, and Senna. It’s inspired by classic sports racings cars of the 1960s, such as the McLaren-Elva roadsters. Like those, the modern Elva features a unique open-top roof design. It also includes an innovative Active Air Management System (AAMS), which is described as a “virtual canopy” roof.

Despite looking like it is primarily about design and beauty, the Elva is powered by a monster 4.0-litre twin-turbo V8 engine that produces 600kW and 800Nm. This makes it one of the most powerful roadsters ever made. What does it mean in terms of speed and acceleration? McLaren says 0-100km/h comes up in under 3.0 seconds, and 0-200km/h in just 6.7 seconds.

McLaren is intending to make just 249 examples of the Elva, although now it is saying 149. Each are open to a huge range of personalisation possibilities through MSO. Needless to say, it is one of the rarest modern McLarens around.