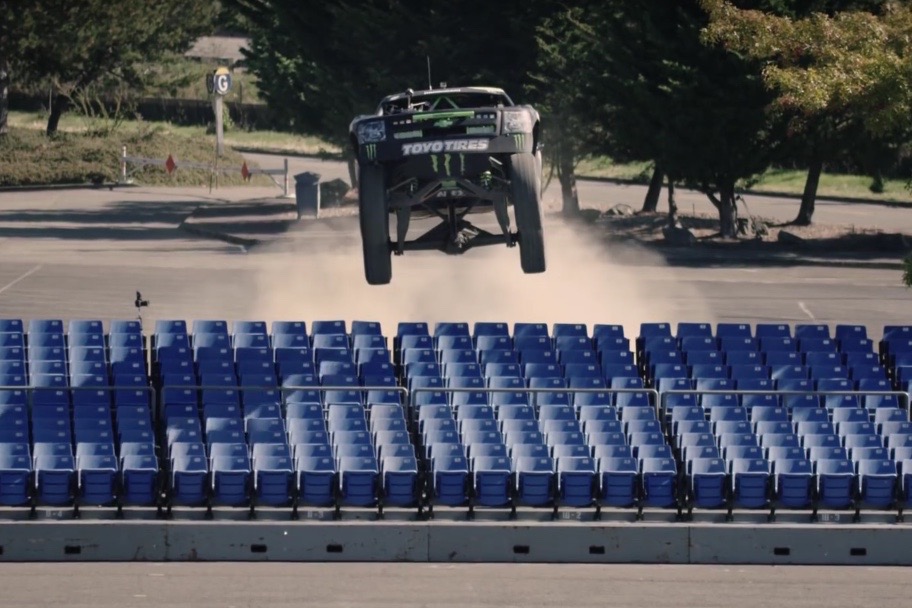 Toyo Tyres and Monster Energy have put together a gripping promo video, gymkhana-style. It features one of those mega Baja trophy trucks and a crazy little Can-Am off-road kart.

The Baja 1000 truck is equipped with massive suspension and an 800hp V8 engine, resulting in complete go-anywhere ability. It leaps over small stadiums, smashes down stairs, and jumps over streets.

Take a look below, it’s very entertaining, especially if you love seeing suspension bottomed out and tyres frying in super slow-motion.