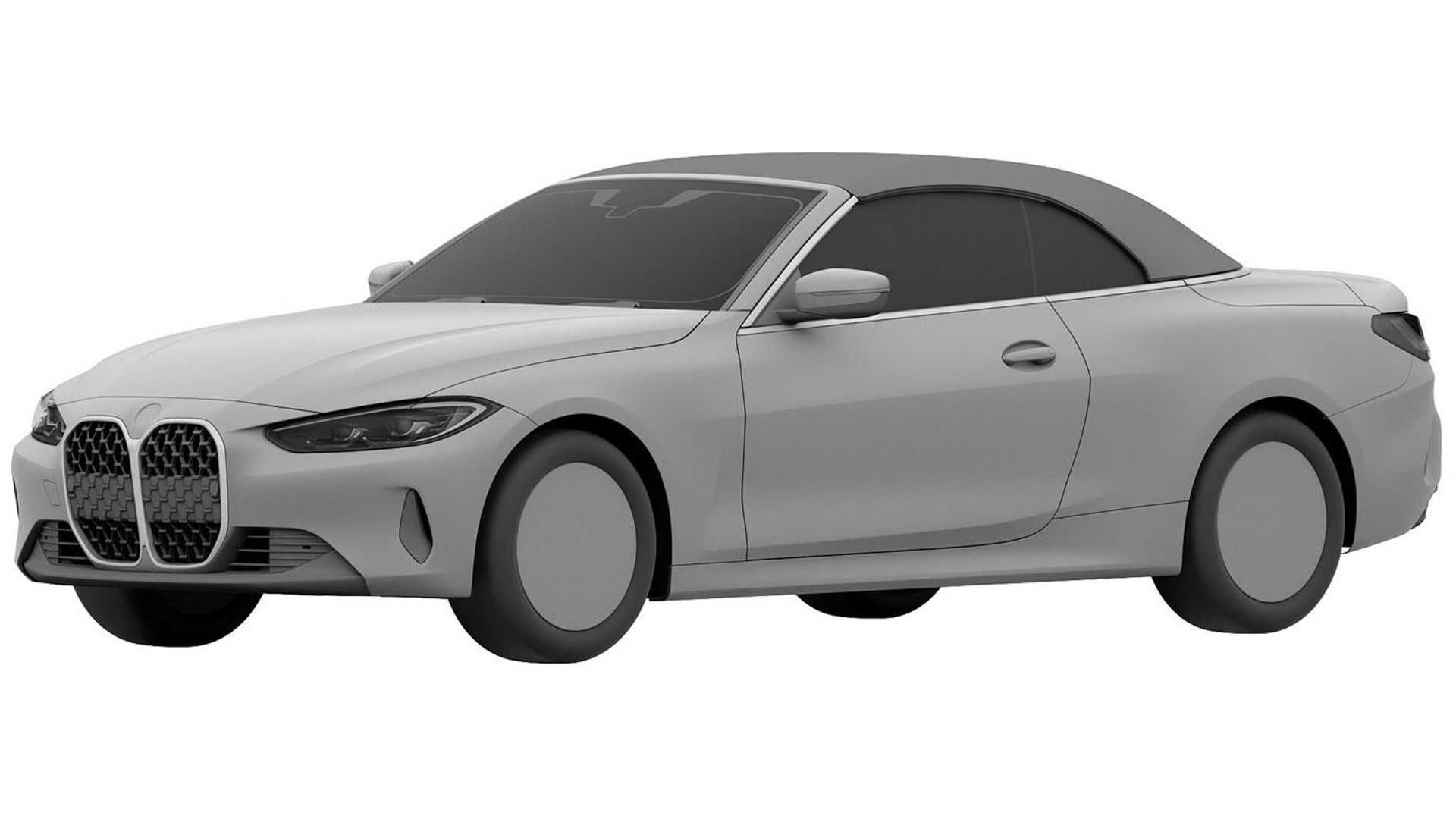 Some patent images of the upcoming G23 2021 BMW 4 Series convertible have found their way online, giving us a pretty good idea of what the new drop-top will look like. And yes, the massive front grilles carry over from the new 4 Series coupe. 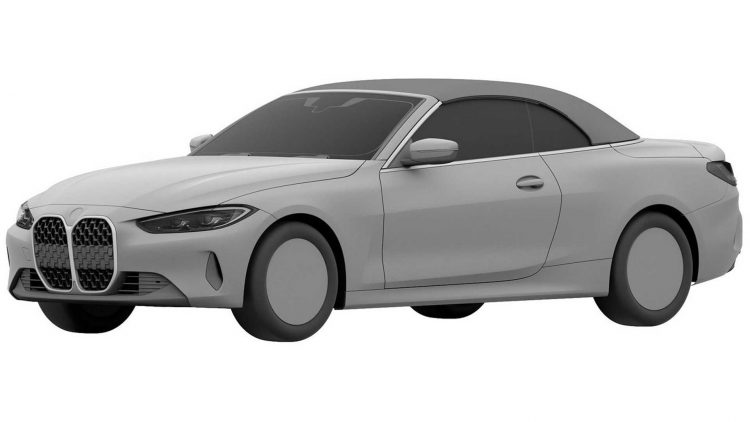 The patent images were found on the Chinese National Intellectual Property Administration database, showing all angles of the new model. Although the finer details are not depicted in the basic digital drawings, the overall design and proportions for the upcoming sports car are quite clear. It looks like the model will continue with a soft-top roof design as well.

Like the coupe the 2021 4 Series convertible will jump to BMW’s latest CLAR platform. This should bring in some improvements to interior space, safety, efficiency, and driving dynamics. Specifically, the new coupe is 128mm longer than the outgoing model, with 41mm added to the wheelbase, and 27mm added to the width. The height is also increased but by only 6mm. We’d expect similar dimensions for the convertible. 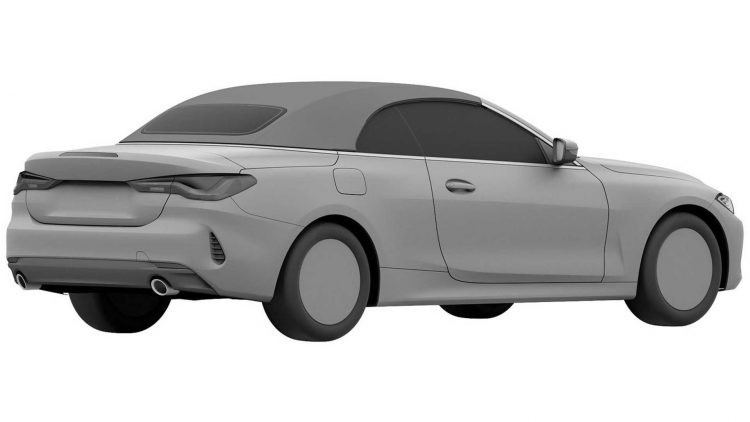 A 420d is also offered in the coupe in some markets, featuring a 2.0-litre turbo-diesel four-cylinder that develops 140kW and 400Nm. It can cover 0-100km/h in a respectable 7.1 seconds, or 7.4 seconds when optioned with the xDrive all-wheel drive system.

BMW will probably unveil the new 4 Series drop-top some time later this year, with sales likely to kick off in Australia during the first half of next year. The new coupe is scheduled to arrive here in October – head over to our previous report for details on local pricing and lineup structure.