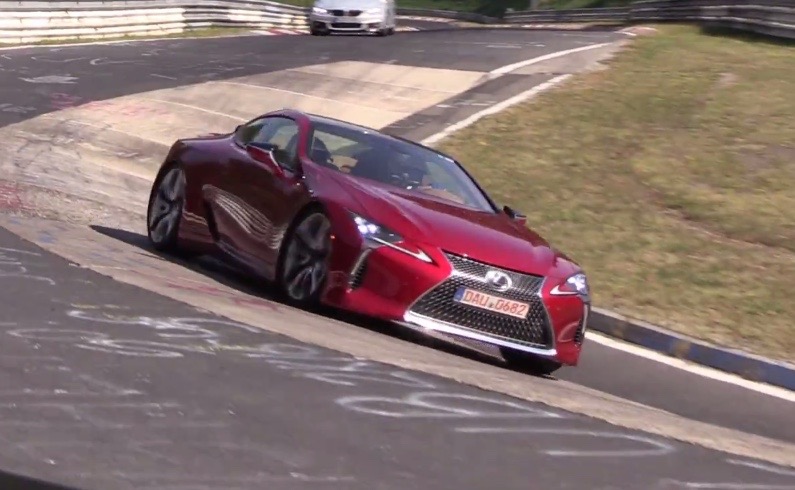 Lexus has been spotted testing a pre-production prototype version of the new LC 500 out on the Nurburgring, boasting what sounds like some very impressive performance. 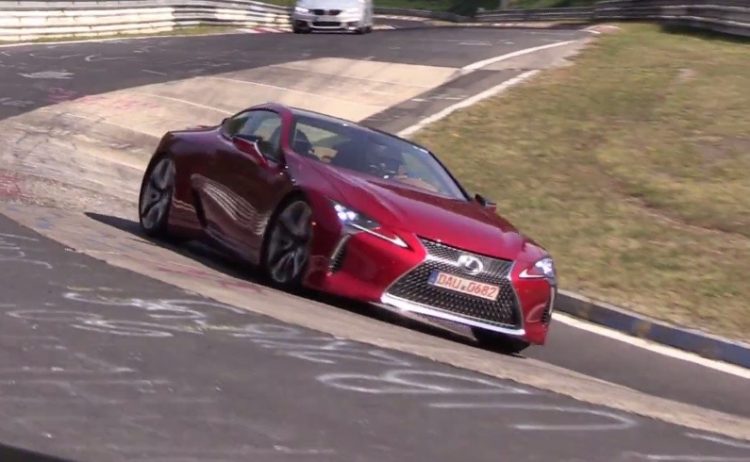 The new LC 500 has already been revealed, so there’s no news in terms of seeing the car. But it does look like Lexus is taking testing quite seriously, pushing the new grand touring coupe hard around the German circuit.

What you’re hearing is a 5.0-litre naturally aspirated, highly-tuned V8 engine developing 351kW of power and 530Nm of torque. This is the same engine as featured in the current RC F and GS F.

Perhaps the most interesting part is the fact that it’s matched to an all-new 10-speed automatic transmission. Lexus wowed motoring fans back in 2008 when it launched the first eight-speed auto in the IS F. Will the 10-speed carry over the same reception? We’ll have to wait and see. Judging by the video below at least, the 10-speed is extremely quick-shifting, and it seems to provide exciting high-tempo driving.

Even though the LC is a grand touring coupe and not really a dedicated sports car, the driving experience and handling is expected to be excellent. It has the foundations of a great-handling car too, with short front and rear overhangs, and a very low and fat design.

Lexus Australia has confirmed the new model will go on sale locally next year. Prices are yet to be confirmed but it is likely to sit at the very top of the showroom hierarchy, above the $200,000 mark. Check out the video below for a preview.