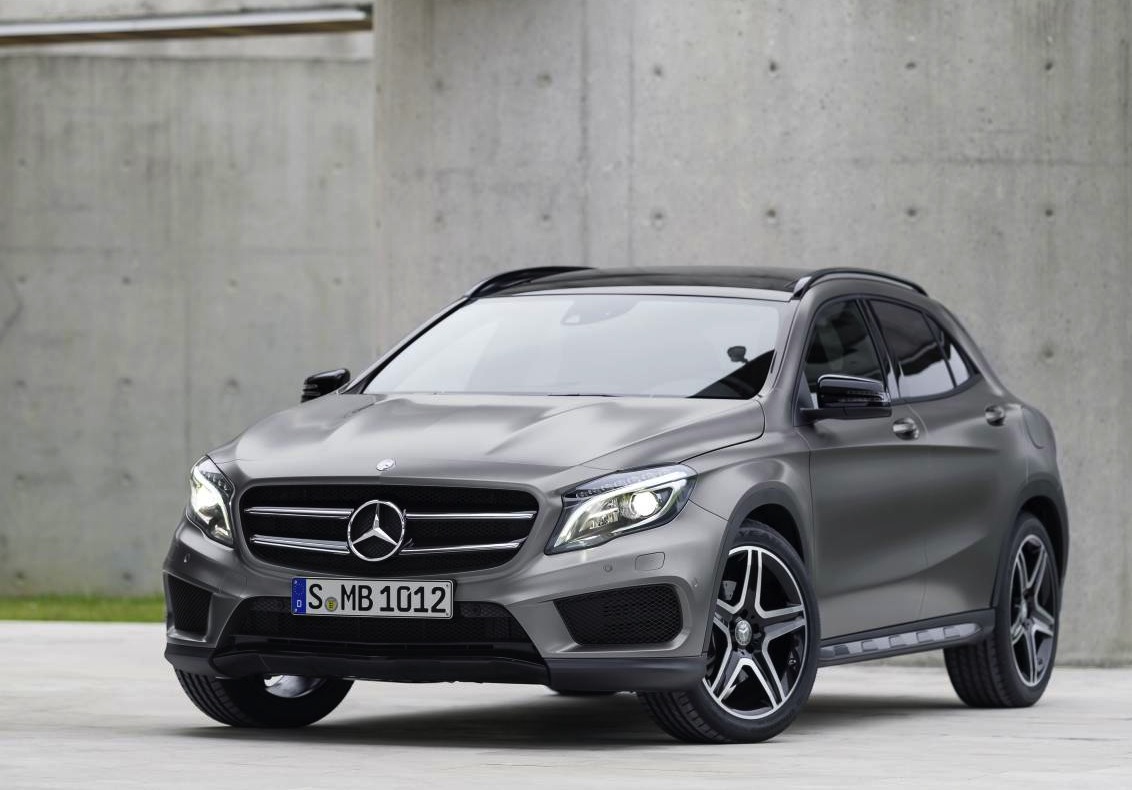 After a number of teasers and previews, the wraps have finally come off the new Mercedes-Benz GLA-Class; the company’s plan of attack for the premium small SUV market segment. 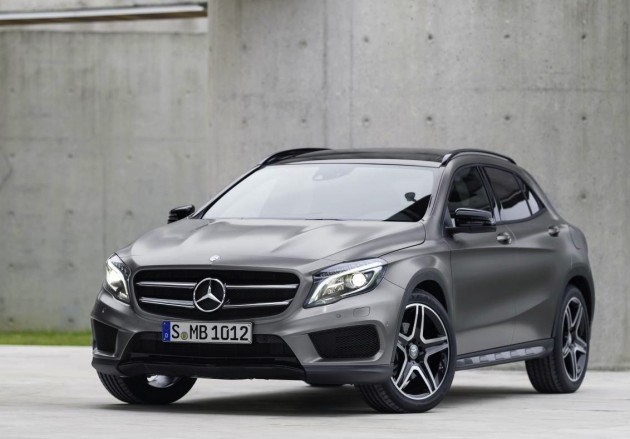 As previously mentioned, the GLA is based on the latest A-Class. It uses an all-new body with rugged styling cues here and there, and some beefier wheel arches trimmed in black plastic cladding.

It’s 4417mm long, 1804mm wide, and 1494mm tall, which makes it about the same size as an Audi Q3. With seating for five adults, the GLA offers a flexible interior to suit the segment, according to Mercedes, with 421 litres of cargo capacity – expandable to 836 litres with the rear seats folded. 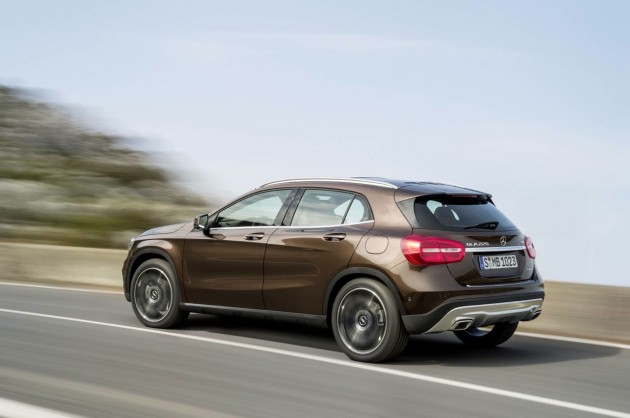 As for the powertrain packages, the GLA will launch (Australian specs yet to be announced) in GLA 200 and GLA 250 forms, providing 115kW and 155kW, respectively. Two turbo-diesel units will also be available in GLA 200 CDI and 220 CDI forms, offering 100kW and 125kW, respectively.

Mercedes-Benz says its 4MATIC all-paw system will be optional on all variants except the GLA 200. With the GLA 250 4MATIC, the company mentions a 0-100km/h time of 6.5 seconds.

The new model will be available to order from November this year, with deliveries scheduled to take place early in 2014. See below for the full specifications. (Local prices and specs are yet to be announced.)