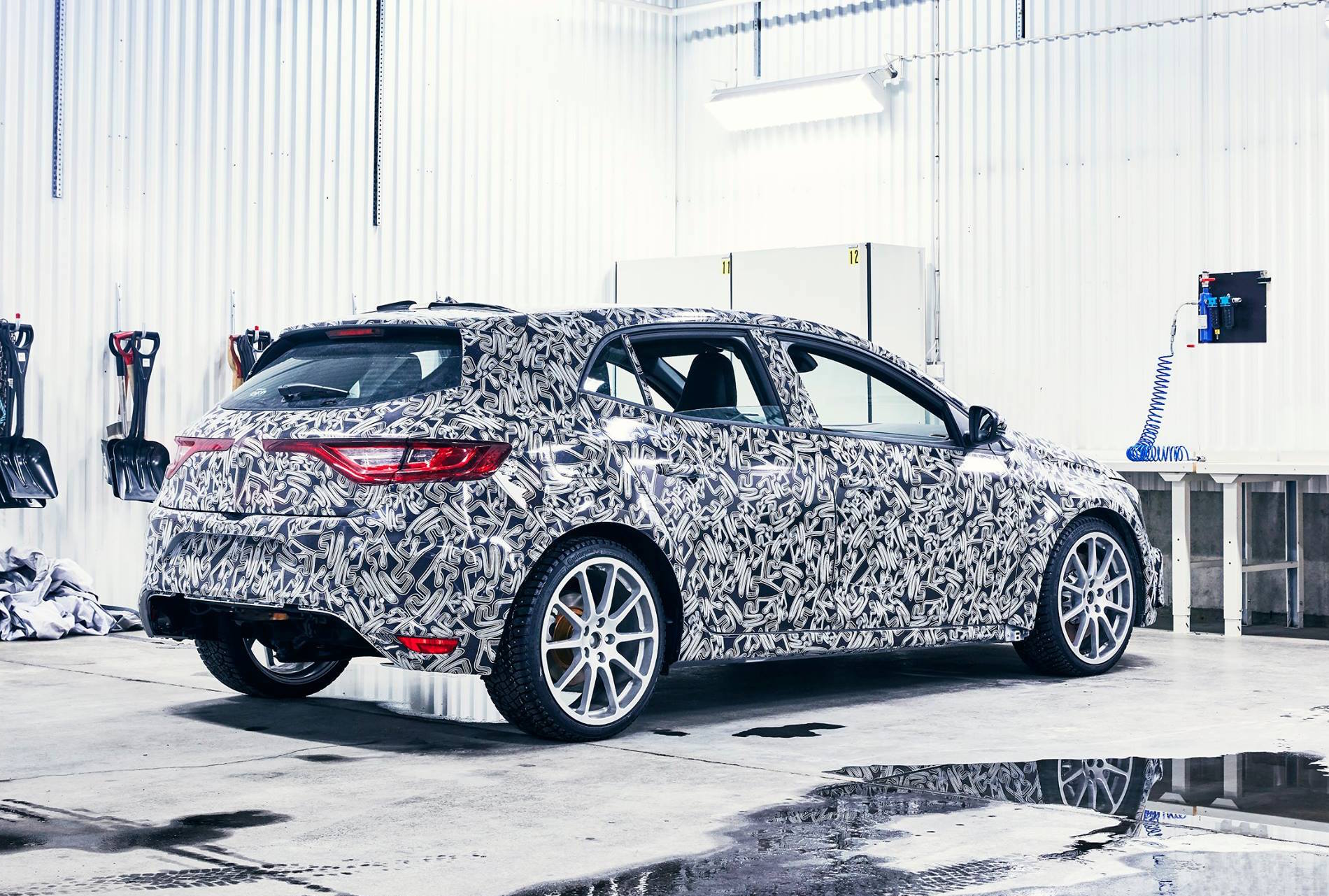 Renault has sent out yet more teaser images of the next-gen Megane R.S. before its debut in September, showing details of a camouflage prototype during cold weather testing. 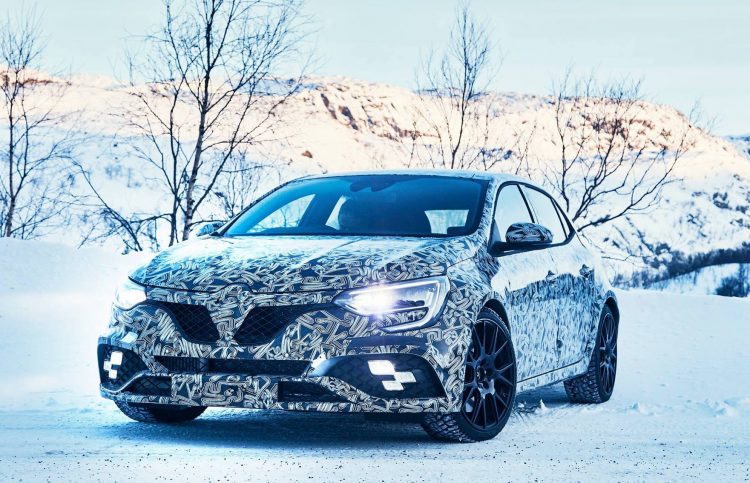 As you many remember, a few images were leaked on the interwebs late in May, essentially revealing the body design from the rear quarter view. We got to see the sculpted rear bumper bar and its aggressive tones, along with the new-look alloy wheels and neat side vent in the front guards.

For the latest teaser campaign, Renault, via Facebook, is showing the car in cold wintery conditions, as engineers perfect the driving controls and ensure they operate suitably in even the coldest conditions. There also appears to be some controlled conditions testing going on inside a shed.

It would be nice if Renault gave out some minor technical details or something with the latest teaser, instead of releasing a bunch of images of a disguised prototype. But unfortunately we have nothing else to talk about except speculation. 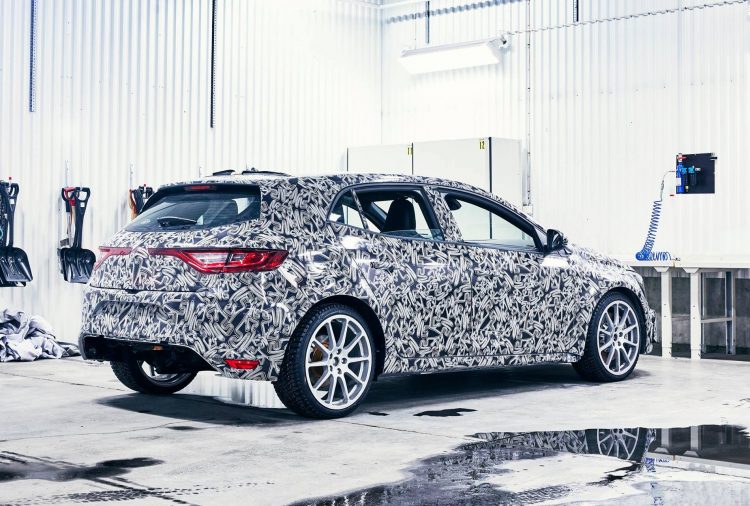 According to reports the new Megane R.S. will come with a 1.8-litre turbo like what is seen in the new Alpine A110 sports car. In that power peaks at 185kW. However, most anticipate this to be lifted for the Megane, potentially to around the 220kW mark. Renault has confirmed buyers will be offered both a dual-clutch auto and manual transmission for the first time.

The new model will have to contend with the Honda Civic Type R, which produces 235kW from its 2.0-litre turbo. It recently set a new front-wheel drive Nurburgring lap record for a production car, and no doubt Renault will probably want to have a crack at this considering it has held the record in the past.

Unless more teasers are released, more information will be revealed at the 2017 Frankfurt Motor Show in September. Stay tuned.