Like the original Maserati Quattroportes of the Seventies and Eighties, the new 2014 model is set to come with a twin-turbo V6 and V8 engine lineup as well. This will be the first time Maserati will go for a turbo setup since the 3200GT of 1998. 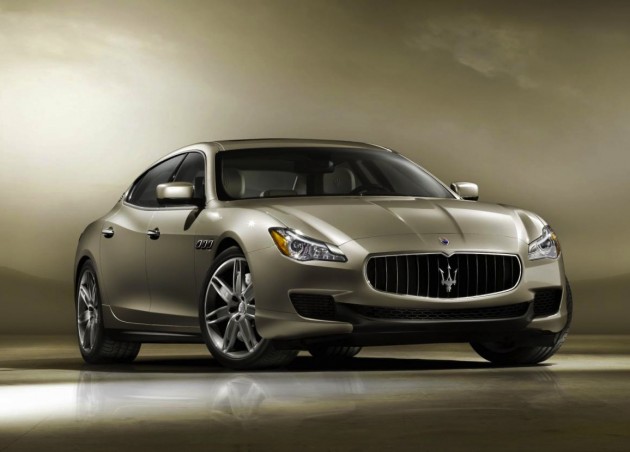 There was a time when Maserati was synonymous with turbocharged engines, offering some of the highest horsepower figures in the business with various twin-turbo V6 and powerful V8 units powering Ghibli coupes and Quattroporte sedans. Now, the layout is apparently on its way back.

According to a recent Auto Edizione report in Italy, the recently revealed 2014 Quattroporte will be powered by two engine options. An entry-level variant is said to get a 3.0-litre twin-turbo V6 producing around 306kW, while a flagship model will apparently receive a 3.8-litre twin-turbo V8 developing around 395kW.

The possible new engines would be vastly more fuel efficient compared with the current Maserati powertrains – consisting of various tunes of a 4.2-litre and 4.7-litre naturally aspirated V8 – with technology including direct injection and a mostly aluminium lightweight construction. Fuel economy may also be improved thanks to a new eight-speed automatic transmission.

Despite the economical benefits, the new engines are expected to provide dashing performance, with acceleration from 0-100km/h pitched to come up in around 5.0 seconds in the V6, and 4.7 seconds in the V8. An optional all-wheel drive system is also said to be on the cards, potentially bringing even quicker times.

It is a little early at this stage however, and there has been no official word from Maserati to confirm.

All will be unveiled at the 2013 North American Auto Show in January. We’ll keep you updated with more details as they come.