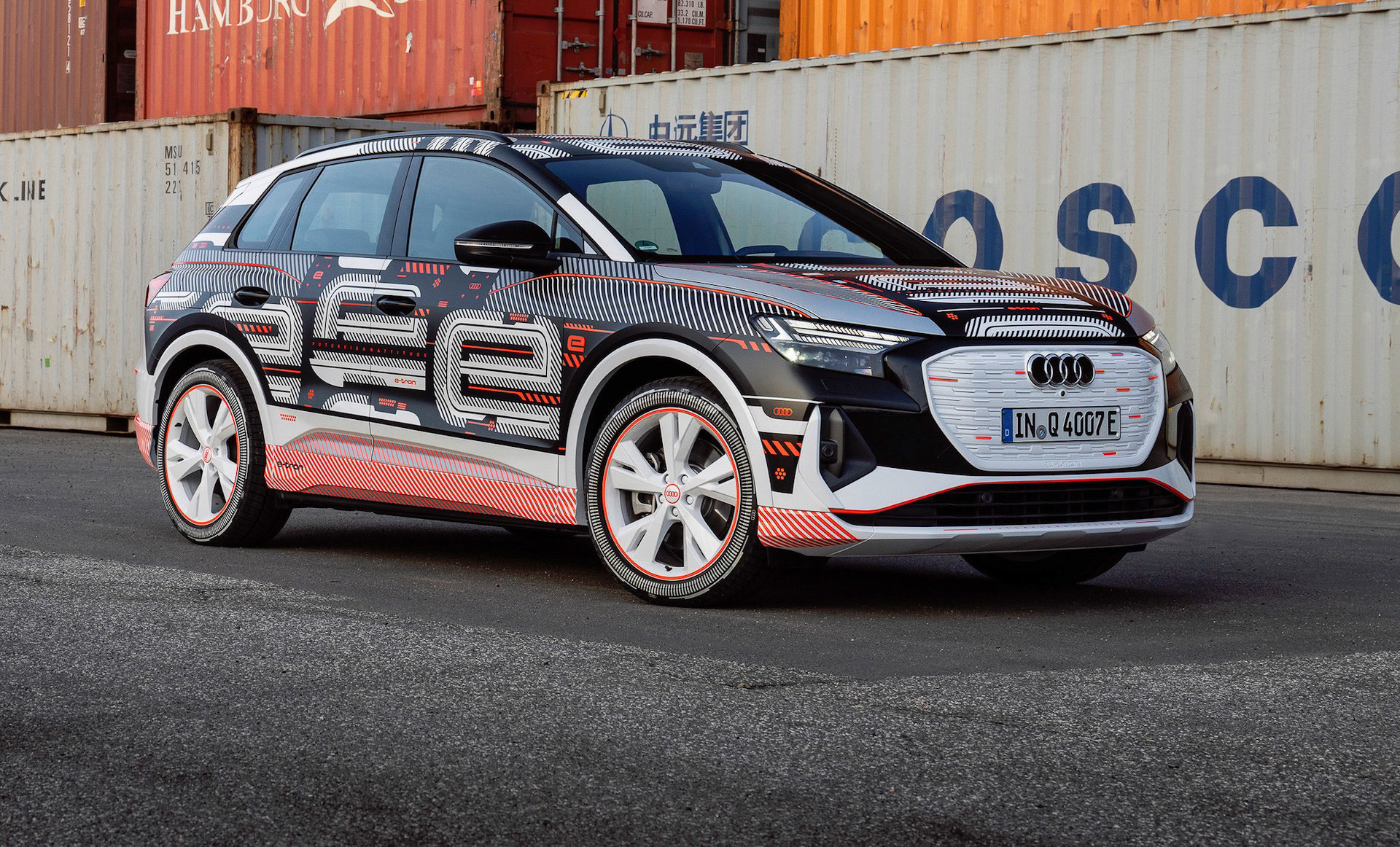 The all-new Audi Q4 e-tron is getting ready to hit the market, so the company has just released a heap of information and images on the new model. It promises to be “a true all-rounder”. 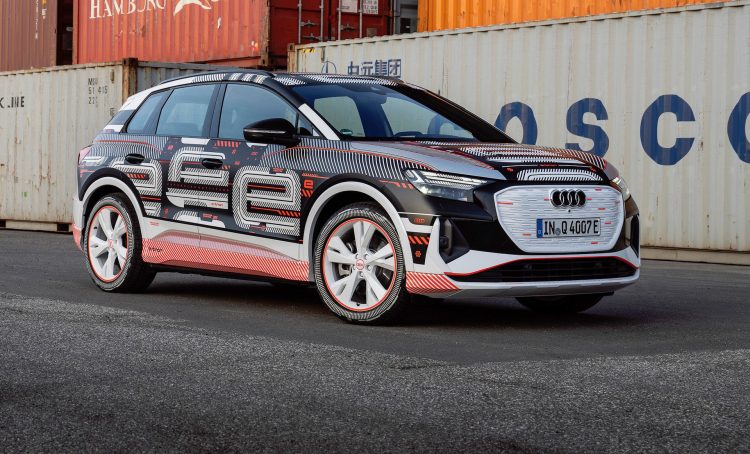 Following in the footsteps of the Audi e-tron fully electric mid-size SUV, the Q4 e-tron measures 4590mm long, 1865mm wide, and 1613mm tall. It is smaller than the e-tron, but Audi describes it as being at the larger end of the compact SUV segment. Underneath it all is the MEB modular electric drive platform.

In terms of the exterior design, the Q4 e-tron will take the form of an upright, hatch-style crossover, inspired by the concept of the same name from 2019. In fact, you could probably think of it as like an electric alternative to the Q3 and Q3 Sportback. The Q4 is only 73mm longer, 9mm wider, and 33mm taller than the Q3 Sportback. As these preview images show, the new model will sport a big front grille piece in traditional Audi shape, with a high waistline and window sills, and moderate ground clearance. Speaking about the new model, director of Audi UK, Andrew Doyle, said:

“Full electrification at Audi has so far been confined to the upper reaches of the range in our larger e-tron SUVs and e-tron GT grand tourers, so the launch of the Q4 e-tron into the core compact SUV segment will mark the point at which its influence really begins to radiate.” 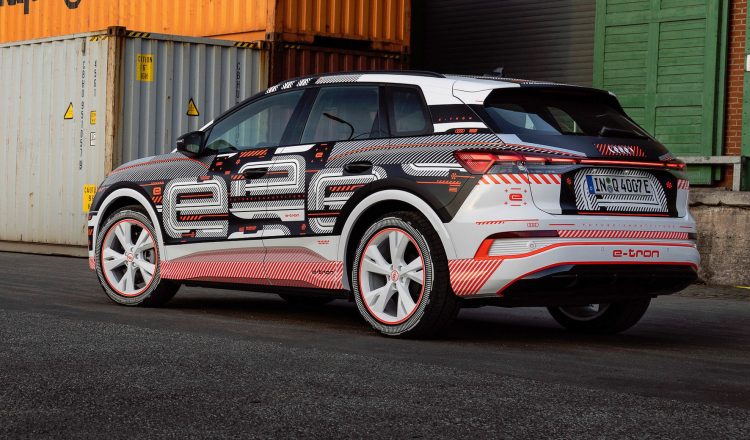 Although the powertrain comprises of a fully electric system, details of which are yet to be announced, the Q4 e-tron is set to be a complete digital showcase. Audi talks about a four-level digital operating concept, with display and infotainment, natural-language voice command, and large augmented reality head-up display being available.

As standard the new model will feature a 10.1-inch MMI touch-screen system, offering digital radio and handwritten text input. Buyers will also be able to option up to an 11.6-inch screen, which is the largest display in Audi’s portfolio. The driver also views a 10.25-inch digital instrument cluster as standard, with configurable layout themes including Classic, Sport, and E-Tron. 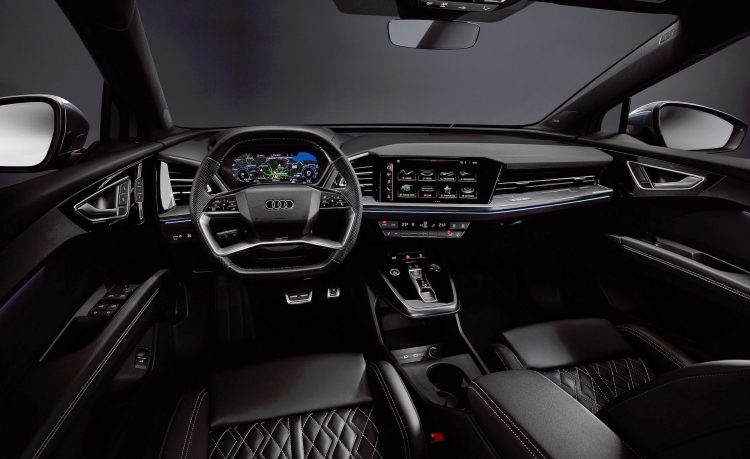 Aside from being packed with technology and decorated in a very modern design, the interior is also set to be highly practical. Audi confirms a boot capacity of 520L, which is very impressive for its class, expandable to 1490L with the 40:20:40 split-fold rear seats down. There’s also going to be a partition net and dual-height floor available for added versatility.

The Audi Q4 e-tron will hit the market later this year, with a full debut set to take place in April. It’ll enter the market as one of the first fully electric premium SUVs in its class.