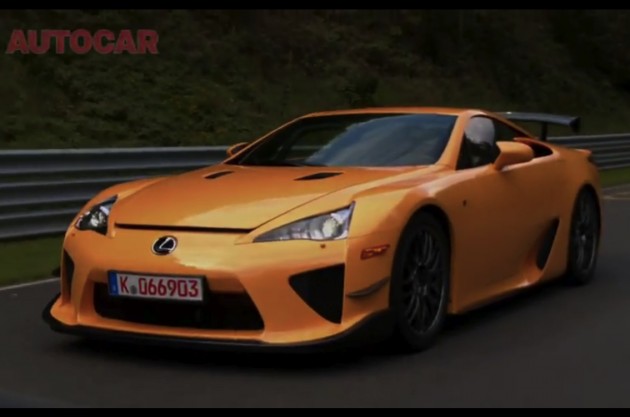 It features the same 4.8-litre V10 engine under the bonnet as the normal LFA although it outputs 419kW compared with the 412kW standard output. The special edition also features a number of aerodynamic revisions, including a fixed rear wing, as well as considerable weight reduction measures which bring overall weight down by around 100kg.

Click play on the Lexus LFA Nurburgring Edition video review below for more details. Autocar says it will be doing s complete lap test of the LFA on the Nurburgring very soon. We’ll keep you posted.