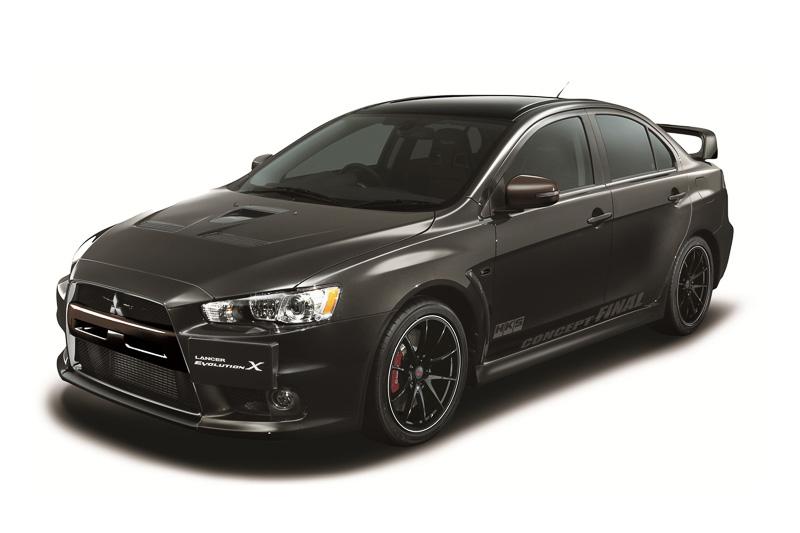 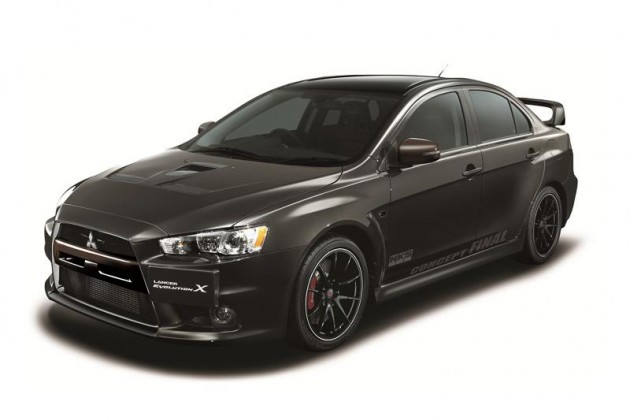 You might remember earlier this month the Japanese company confirmed it is not currently looking to replace the Lancer Evolution X in the foreseeable future. This means the Evo X could very well be the last performance model ever, at least in its traditional layout.

For the Final Concept Mitsubishi has dressed the Lancer in various black details to give it a dark and sinister look, including dark 19-inch RAYS forged alloy wheels, with the roof spoiler and boot spoiler in a gloss black finish contrasting the matt black exterior.

Under the bonnet, enthusiasts will be excited to see the 2.0-litre turbocharged four-cylinder engine has been tuned. It gets a HKS turbocharger, new intake and exhaust systems, and a fresh engine computer to control everything. The result is 353kW. It’s all sent through a five-speed manual and into a four-wheel drive system.

Aside from the potent engine tune, the company has also given the Lancer a comprehensive HKS suspension kit with fully adjustable settings, including ride height. The Evo X is already a brilliant-handling vehicle, but the suspension setup should make it corner even better.

The Final Concept will form a special edition for the US market only, and will go on sale in the region in June or July. As for Australia, the Lancer Evo X will continue on sale as is for around another 12 months. More images and details on the concept will be released at the Tokyo show, running from January 9 to 11.