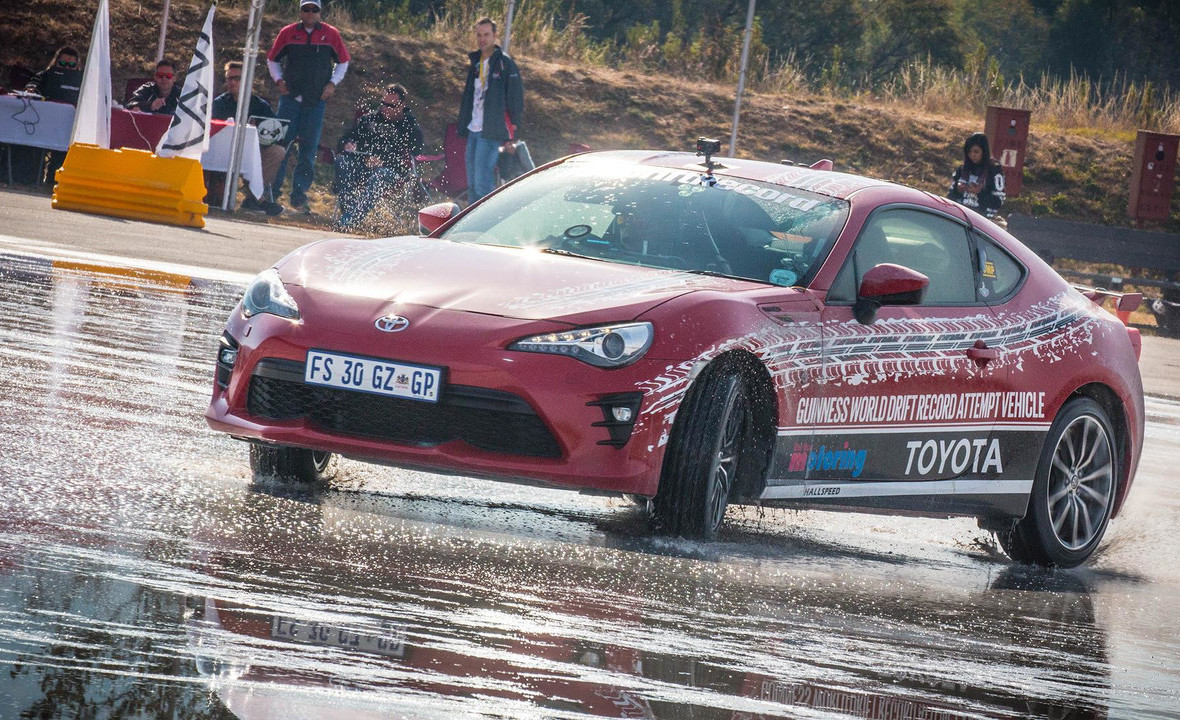 A South African journalist in a mostly standard Toyota 86 has broken the world record for longest continuous drift, with Guinness certification imminent. 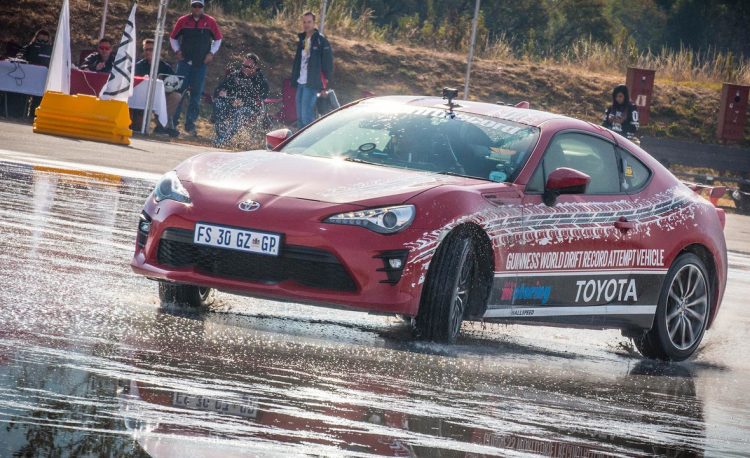 The record is 165.04km, or 102.5 miles. To sustain a drift of that magnitude, Jesse Adams spent five hours and 46 minutes on a wet skid pan, which he circumnavigated an astonishing 1000 times.

“Possessing a naturally ‘tail-happy’ character, the 86 is perfectly poised as a drift machine. A low-centre-of-gravity, traditional front-engine, rear-wheel-drive layout and responsive chassis afford the 86 the perfect sports car credentials.”

The rules for the record require the driven wheels to never stop spinning at any time during the run, but the car can change direction so long as the drive wheels are always in motion.

Toyota used VBOX data logging technology – similar to what PerformanceDrive uses to test acceleration – to keep tabs on things. Interesting stats include an average speed of 29km/h, and the instalment of an additional fuel tank so the car can keep drifting.

The 86 is renowned as a consummate drifter thanks to its low centre of gravity, rear-wheel drive and exquisite chassis balance. The car used in this test was stock, except for the extra fuel tank and some decals for the body.