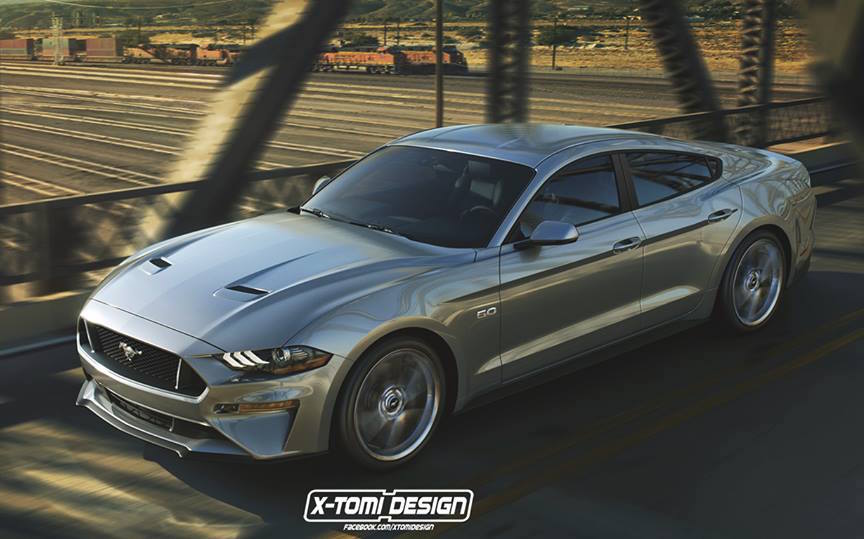 With the Ford Falcon now dead for almost three months, there is a gaping hole in Ford’s lineup and the hearts of many Australian fans, longing for another Blue Oval performance sedan. 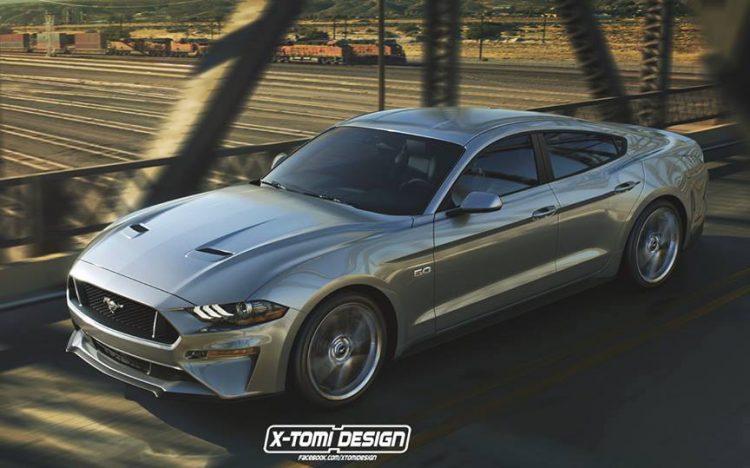 This render from X-Tomi Design shows a cohesive solution to that void, with the newly-facelifted Mustang sprouting an extra set of doors to become an elegant four-door coupe.

The added practicality would see it compete with the Dodge Charger and Kia Stinger GT, which have sweeping rooflines like the BMW 6 Series Gran Coupe and Mercedes-Benz CLS/CLA.

Due to the Mustang’s coupe heritage, this bodystyle would suit it more than a conventional, upright sedan but there would be constraints on headroom and practicality as a trade-off.

Nevertheless, while Ford is planning a hybrid version of the Mustang by 2020, there are no plans at this stage for any other variants besides the coupe and convertible.

The idea of a four-door Mustang has been explored before and at one stage the Falcon and Mustang were going to converge to a common platform, until decisions such as the Falcon not adopting the Duratec V6 and the 2005 Mustang keeping a live axle for cost reasons keeping them separated.

What do you think? Would a car like this fill the Falcon void left in your heart by Ford Australia? Or is it not the same? Either way, if Ford doesn’t make something like this, we’re sure Chrysler and Kia are more than happy to take money from people looking for rear-drive, performance and four doors.